Maturing a CO2 storage site in the North Sea Basin: a story about the Johansen Formation

Norway has extensive experience with storing CO2 in geological structures. Since 1996, approximately 1 million tonnes of CO2 have been captured annually from the produced hydrocarbon gas on the Sleipner West field in the North Sea.

The CO2 is injected for storage in the Utsira Formation, a geological formation above the natural gas field, but more than 800 meters below the seabed. The Utsira Formation is a sandstone formation with excellent reservoir quality that belongs to the huge Utsira-Skade aquifer. The injected CO2 is buoyant and accumulates in a gentle structural closure below the overlying shale caprock.

Gas production from the Gudrun and Utgard fields was tied in to the processing facility on Sleipner in 2014 and 2019, respectively, thus contributing to the CO2 volumes stored in the Utsira Formation.

In connection with treatment of the well stream from the Snøhvit field in the Barents Sea, for LNG production at Melkøya, about 0.7 million tonnes of CO2 have been safely injected and stored in the Tubåen Formation and the Stø Formation on an annual basis.

The CO2 storage site within exploitation license 001 (EL001) will be the third CO2 storage site to be developed offshore in Norway. The development project is named Northern Lights (NL) by the license holders.

It can take several years to mature a possible CO2 storage site to the point where it is ready for CO2 injection. The timeline presented here shows which initiatives preceded the decision to submit a Plan for Development and Operation (PDO) for the NL project.

The selection process for possible CO2 storage sites started with a screening process on the Norwegian Continental Shelf (NCS) in 2007. This was further matured in several stages, and this effort will carry on into the future as additional CO2 storage sites are expected to be developed. The key events in the process are described below in chronological order.

Timeline for the process

CLIMIT, a national program for research, development and testing of CCS (Carbon Capture and Storage) technologies was established by the Ministry of Petroleum and Energy (MPE) in 2005, at first to support the development of capture technology for CCS in gas-fired power plants. In 2008, the support scheme was expanded to power production based on all fossil fuels, and in 2010 industrial emissions of CO2 were also included.

Significant technology development has taken place through projects funded by the CLIMIT program, and considerable expertise capacity has been established in Norway, both within research communities and the industry partners. Several projects through the program have helped to provide assurance as regards efficient and safe storage of CO2 in the Johansen Formation within the EL001 license.

North Sea Basin Task Force was established. Its purpose is to develop shared principles for managing and regulating the transport, injection and permanent subsea storage of CO2 in the North Sea Basin. Today the Task Force is composed of authorities, public and private stakeholders from Norway, the United Kingdom, the Netherlands, Germany and Flanders.

The Norwegian Petroleum Directorate (NPD) started screening suitable locations for storing CO2 that was planned to be captured from gas-fired power plants at Kårstø and Mongstad on the west coast of Norway.

A report prepared for the MPE by Gassnova, Gassco AS and the NPD concluded that CO2 can be stored safely offshore in Norway. In the North Sea Basin, the most suitable areas seem to be in the Utsira geological formation and the Johansen geological formation on the Horda Platform.

The Government sponsored several detailed studies of CO2 storage potential in the Johansen Formation and in the vicinity of the giant Troll gas field. New seismic data was collected by Gassnova south of the 2008 seismic and east of the Troll field.

Norwegian CO2 Storage Forum was established, chaired by the NPD with members from academia, research institutes, oil companies and the MPE. The purpose of the forum was to act as a contact point for the participants and provide an overview of ongoing activities related to CO2 storage on the Norwegian shelf. The purpose of the forum was also to contribute toward viewing the activities in context and help the participants benefit from each other’s knowledge and experience. 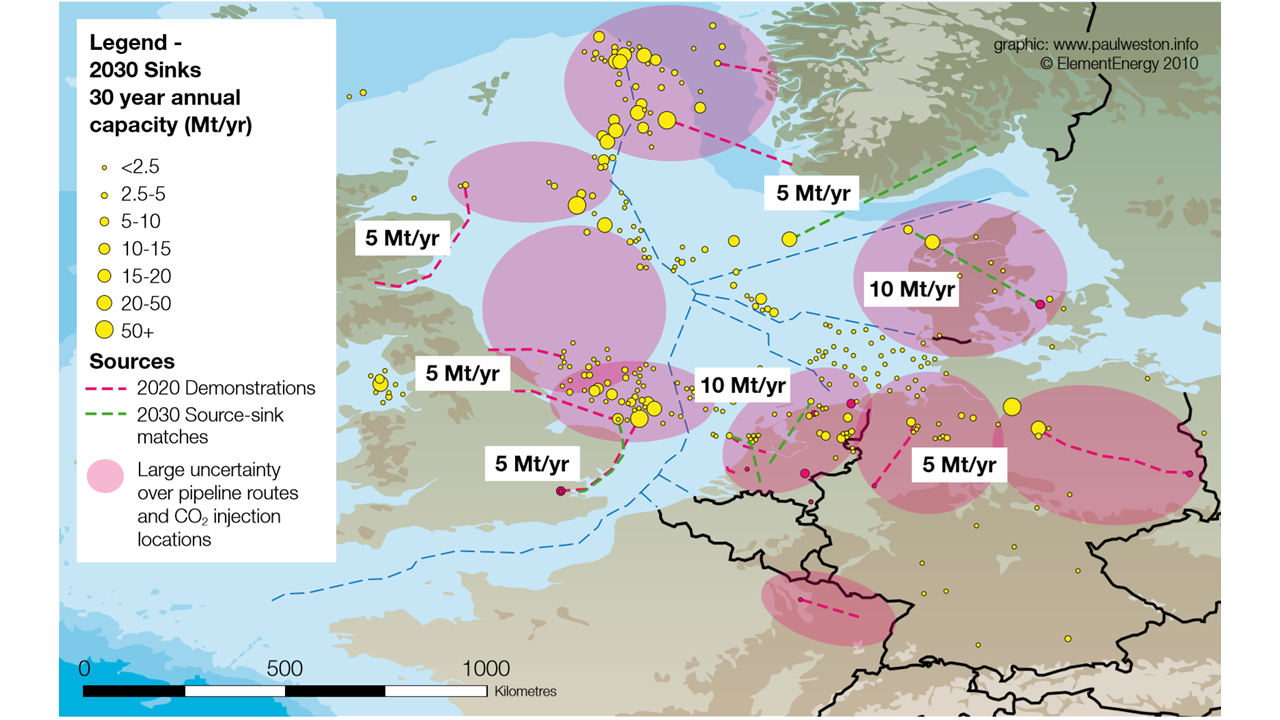 The MPE invited the industry to nominate promising areas in the North Sea and Norwegian Sea for exploration for potential reservoirs for permanent storage of CO2 from the Mongstad refinery. Five areas were nominated and the NPD recommended areas to the MPE for a first CO2 storage license round.

The NPD published the CO2 storage Atlas for the Norwegian part of the North Sea Basin. The objective of the atlas was to provide an overview of geological formations and structures suitable for secure long-term storage of CO2. A system for characterisation and maturation of potential CO2 storage sites was also developed.

The Government staked out a new direction for CCS. The development of full-scale CO2 capture at Mongstad was discontinued and replaced by a CCS program. The Government’s revised strategy included a program to realise full-scale CCS projects in Norway. A new pre-feasibility study for alternative CCS projects in Norway was commissioned from Gassnova SF.

The CO2 Storage Atlas for the entire NCS was published by the NPD, Figure 2. The atlas presents a possible storage potential of more than 80 billion tonnes of CO2 on the NCS, which is equivalent to the current level of Norwegian CO2 emissions, for 1,000 years. 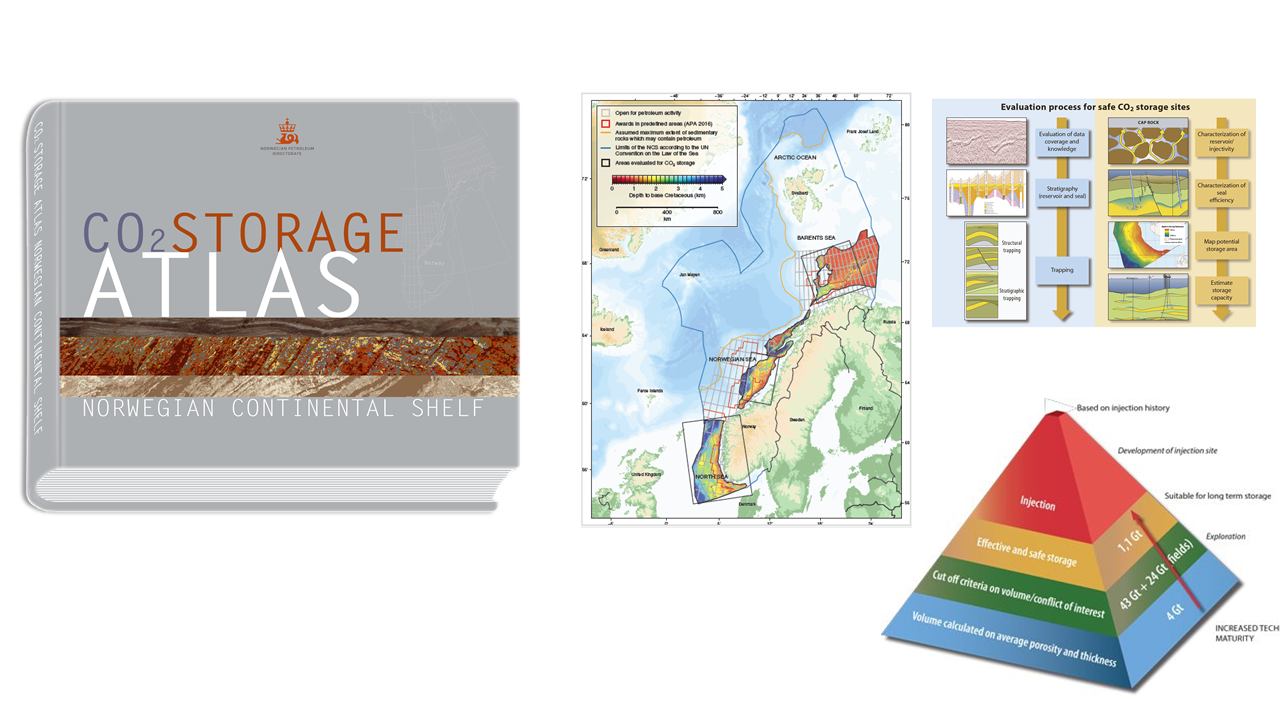 The Norwegian regulation for CO2 transport and storage was published.

The MPE and Statoil ASA signed an agreement to explore opportunities for geological storage of CO2 in three different areas on the NCS. Different development concepts were also to be studied. This was part of the MPE’s feasibility study. 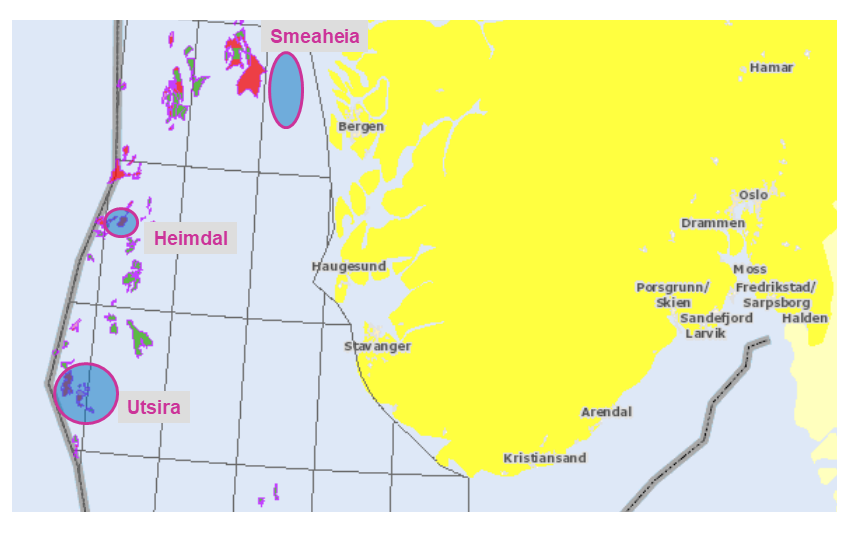 The MPE presented the feasibility study, showing it is possible to realise a full-scale CCS project in Norway.

Gassnova delivered the study for three CO2 capture plants and one CO2 storage site for a new full-scale CCS project. Equinor Energy AS (Equinor) performed the storage site study and recommended further studies of the Smeaheia area, Figure 3. Gassco submitted a feasibility study for CO2 transport from a capture site to a storage site, by shipping from the east coast of Norway to the west coast.

Equinor formed the Northern Lights (NL) partnership with A/S Norske Shell and Total E&P Norge AS. NL carried out Concept and Front-End Engineering & Design (FEED) for a new CO2 storage site with the aid of state subsidies. Gassnova coordinated the studies with the two CO2 capture sites that progressed from Feasibility stage to Concept stage. NL decided to change the storage location within the Horda Platform region from Smeaheia area east of Troll to the Johansen Formation south of Troll and made use of previous state-funded work and seismic data. 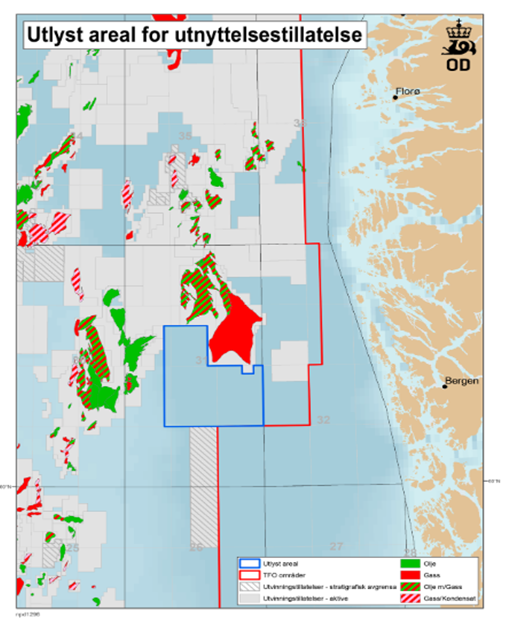 Figure 4. Map showing the acreage of the Exploitation Area in blue.

The MPE announced the first exploitation licensing round for CO2 storage within the area south of the Troll field, Figure 4. This area included the area of interest for CO2 storage in the Johansen Formation.

The first exploration well, 31/5-7 Eos, was drilled in the license. The well showed good potential for CO2 storage.
The NL partnership submitted a development plan (PDO) for EL001 to the MPE.