There are several methods for estimating how much liquid and gas have formed and are stored in an area. Which method is chosen depends, in part, on the level of available knowledge about the area. The method the NPD uses is analysis of plays. More than 50 years of petroleum activity on the Norwegian Shelf has given the NPD access to vast volumes of data. Well information, discovery rates and recovery rates are examples of the data used in these analyses. The knowledge level is highest in the North Sea, and gradually declines as one moves north and into areas that have not been opened for petroleum activity. The difference in knowledge is reflected in greater uncertainty in estimated volumes. 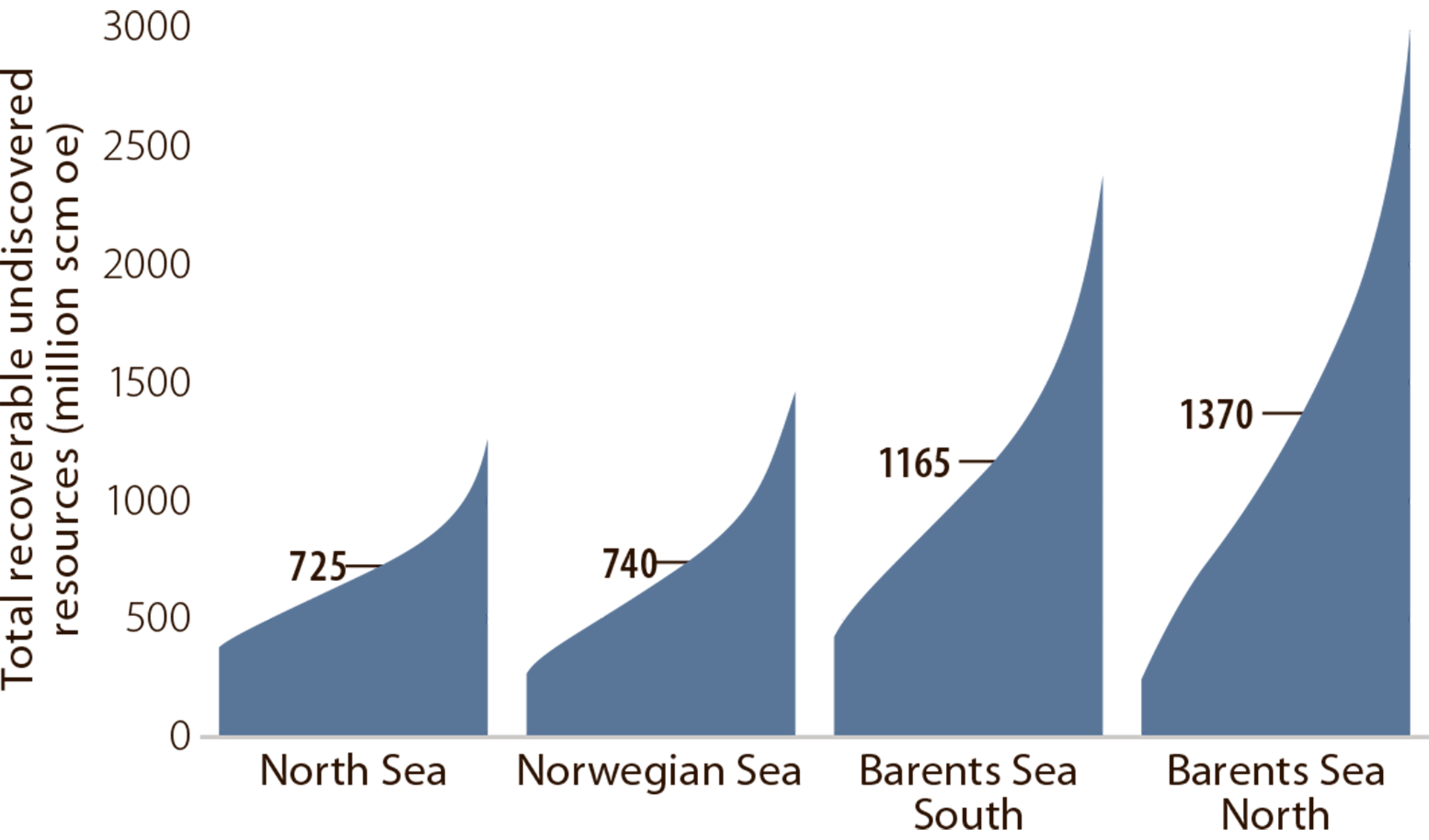 Undiscovered resources distributed by sea areas with range from P95 to P05 as of 31 December 2017. Expected value is shown in numbers.

Play analysis is based on systematising and grouping the geological parameters that characterise the play, and that separate it from other plays. Knowledge from proven resources is an important point of departure for estimating undiscovered petroleum resources in an area where several factors must be addressed:

An assessment is made of each play to determine whether it is likely that the following key factors are present: reservoir rock, trap and source rock. The product of the likelihood of these three single factors is called the play probability. This describes the uncertainty associated with the play until a discovery is made. In addition, the number of potential prospects must be evaluated, their size distribution and the percentage of these that could be accumulations.

In a confirmed play, at least one discovery has been made, thus proving that the play works. This discovery does not need to be profitable. When a play is confirmed, the resource estimate associated with the play will increase as a consequence of increased probability of discovery.

There are often multiple plays within the same geographical area. For example, they could have different geological ages and could be located in layers at various depths in the stratigraphic sequence. The NPD has defined more than 70 plays on the Norwegian Shelf, most of which are confirmed in the North Sea, with an increasing percentage of unconfirmed plays to the north.

Accumulated resources per sea area as of 31 December 2017.
Resources already discovered are shown in dark colours.
Undiscovered resources are shown with range of uncertainty with lighter colours at the top.