Svalbard – a unique area for geology

"All" geologists are drawn to Svalbard. There are good reasons for that.

When the geologists observe the rocks on land, they can be interpreted in significant detail. Naturally, it is more difficult to study it below sea level.

Here they need to use indirect methods such as seismic or other geophysical measurements – or they need to drill down under the seabed to take samples of the deeper layers.

Svalbard is a perfect place to study the geology. There are sediments here from many of the earth's geological epochs, covered by little or no vegetation or settlement. Rivers and ice have carved out steep valleys and slopes, so it is possible to see cross-sections of the different layers.

So, the geologists will just have to live with the fact that it has an Arctic climate with polar bears roaming around. No other areas this far north provide the same opportunities for getting out in the terrain. It can be costly, but it is at least possible without excessively large expeditions. This is why Svalbard is a unique area for geology.

The NPD needs an overview

Svalbard and geological work taking place there are of interest to the Norwegian Petroleum Directorate (NPD), which has been tasked with gaining an overview of the subsurface offshore.

The NPD also needs an overview of areas that are not opened for petroleum activity, which is why there is so much interest in both the geology in the southern Barents Sea, as well as the areas further north in the Barents Sea.

The Directorate has undertaken several expeditions to Svalbard, and the NPD's geologists have also established multiple camps to conduct geological mapping.

Shallow cores have been drilled in the outlying ocean to see what kinds of rocks can be found. The collected information is connected to seismic subsurface data to learn more about the geology several kilometres below the seabed.

Good cooperation with the Governor of Svalbard and academia

Among other things, the Norwegian Petroleum Directorate issues permits for scientific expeditions involving marine geology offshore, and there is increasing interest in Norwegian and international research in the northern Barents Sea, particularly on the west side of Svalbard.

One person who has worked on Svalbard for many years is professor Jørn Hurum from the Natural History Museum at the University of Oslo. Since 2004, he and his team have been discovering and excavating large marine reptiles around Isfjorden north of Longyearbyen.

The Museum's work has also included detailed studies of the sedimentary layers, of other fossils and fossil veins. Based on the surveys on land, we now have a more detailed understanding of sediments from the Triassic in the Barents Sea. 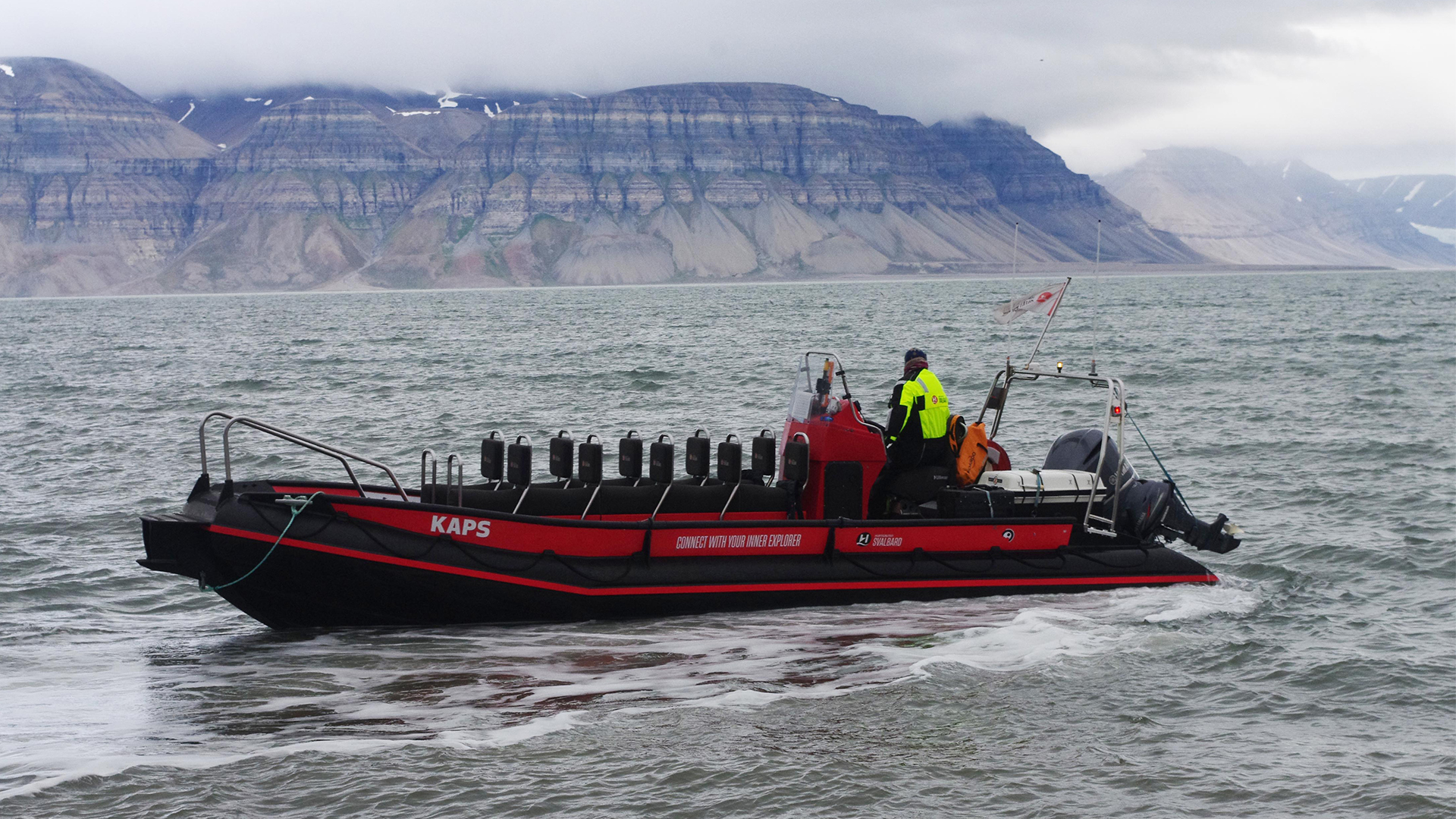 The excavation site can be reached by boat. Here framed by Temple Mountain. 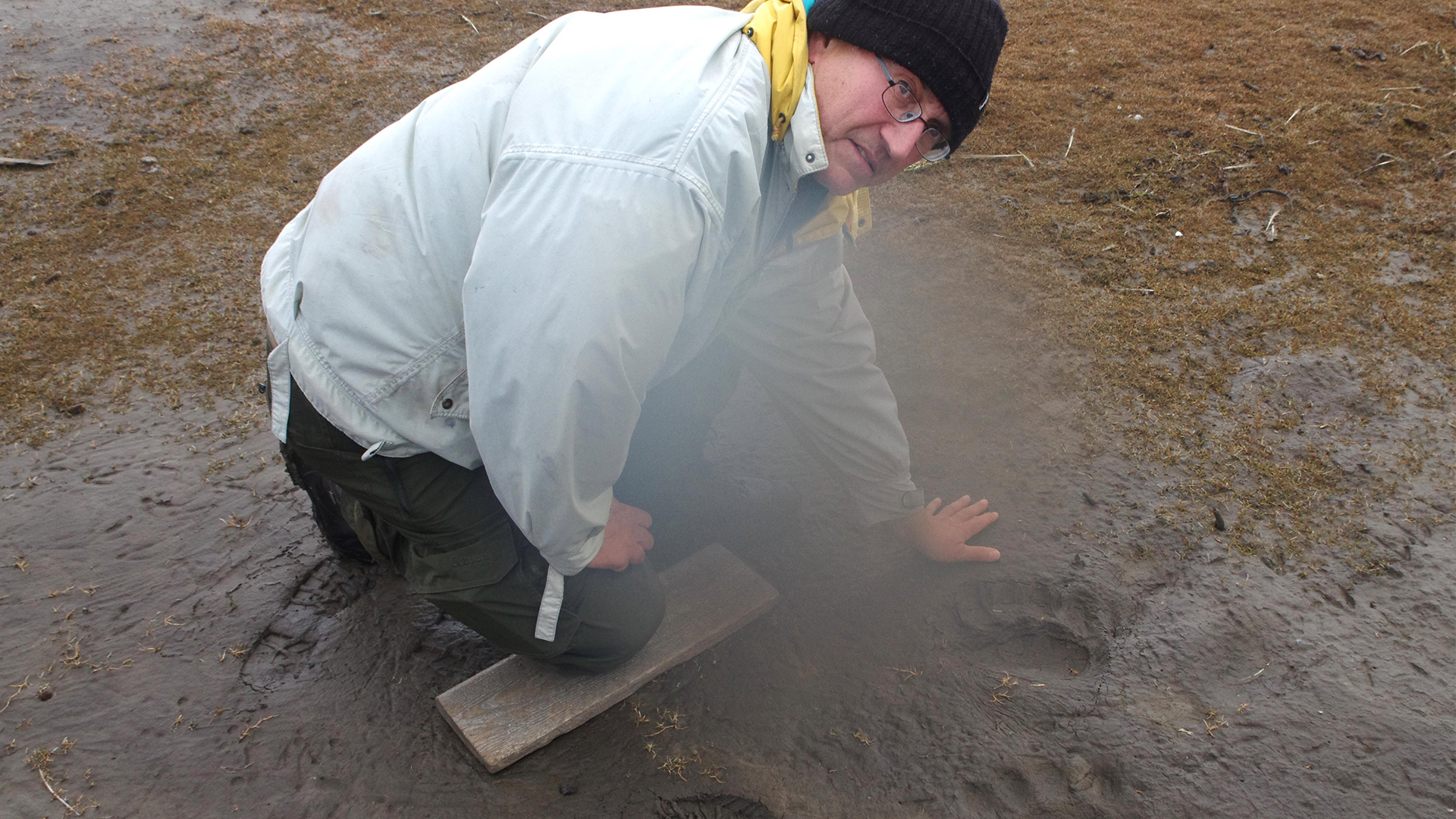 Jan Stenløkk, geologist in the Norwegian Petroleum Directorate, is "hot on the trail" of a polar bear that passed below the reptile excavators' cabin just a few days earlier. 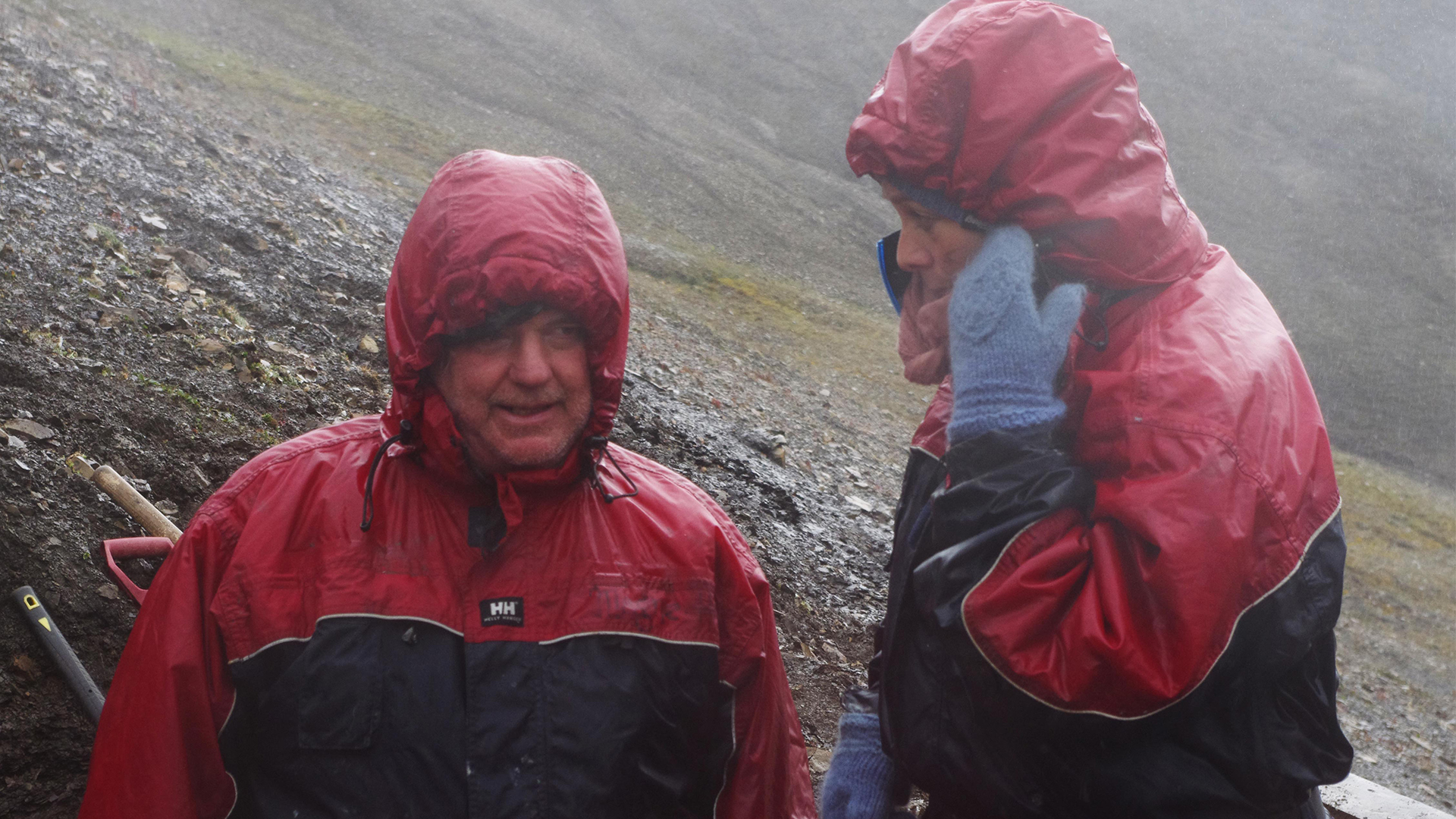 A field day! Kjersti Dahle Gross, Leader of Technology and coexistence in the Norwegian Petroleum Directorate, interviews Jørn Hurum in the wind and rain. Hurum is a professor from the Natural History Museum at the University of Oslo. 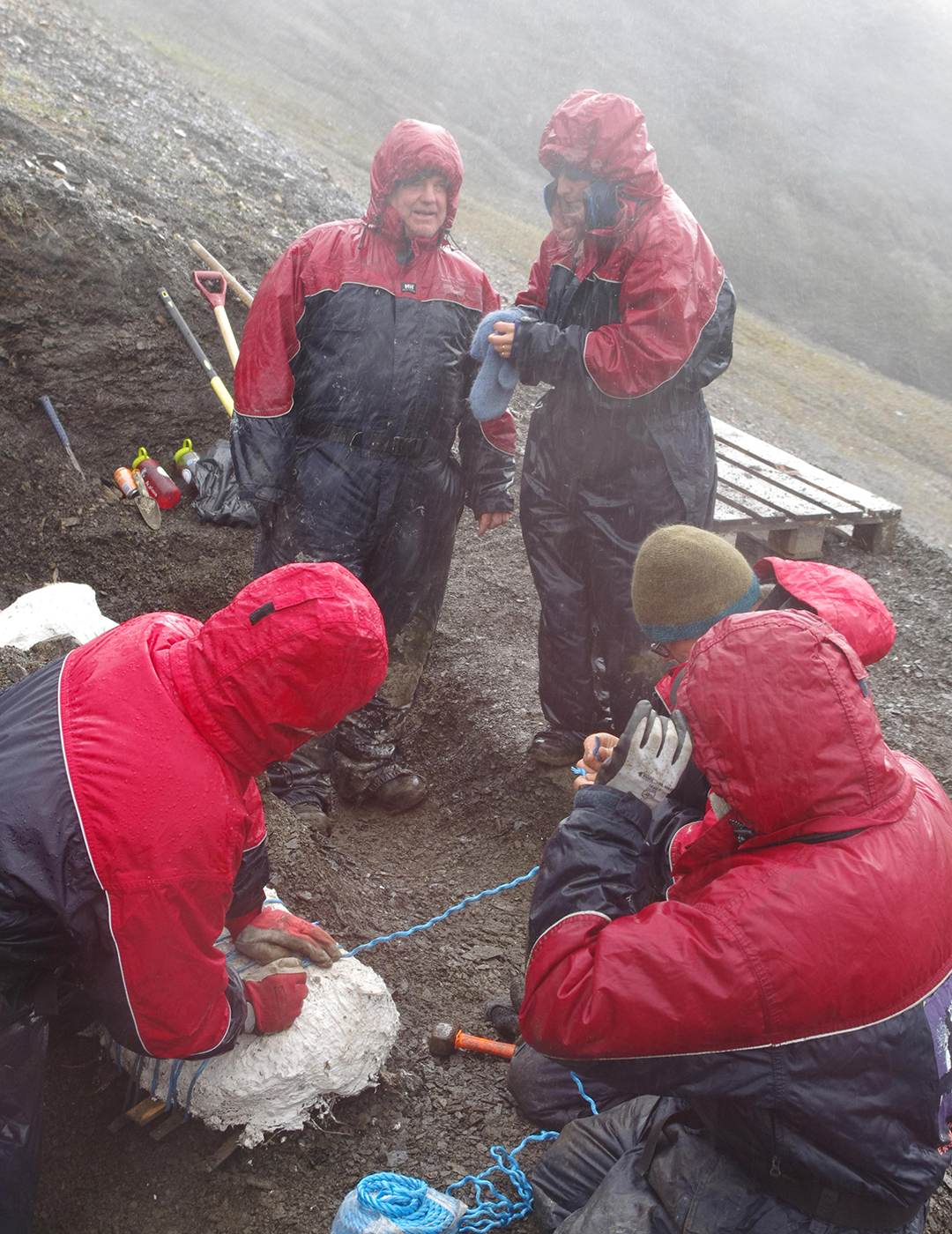 Part of a large marine reptile packed in a plaster jacket and ready to be extracted by helicopter.

The photos were taken on Svalbard in early August 2021.