The drilling programme for well 25/4-11 relates to the drilling of a wildcat well in production licence 677 where Aker BP ASA is the operator with an ownership interest of 60 per cent. The other licensees are Fortis Petroleum Norway AS (30 per cent) and MOL Norge AS (10 per cent). The area in this licence consists of the southern part of block 25/1 and the northern part of block 25/4. The well will be drilled about 6 kilometres southwest of the 25/1-11R discovery (Storklakken).

Production licence 677 was awarded in APA 2012. This is the first well to be drilled in the licence.

The permit is contingent upon the operator securing all other permits and consents required by other authorities prior to commencing the drilling activity. 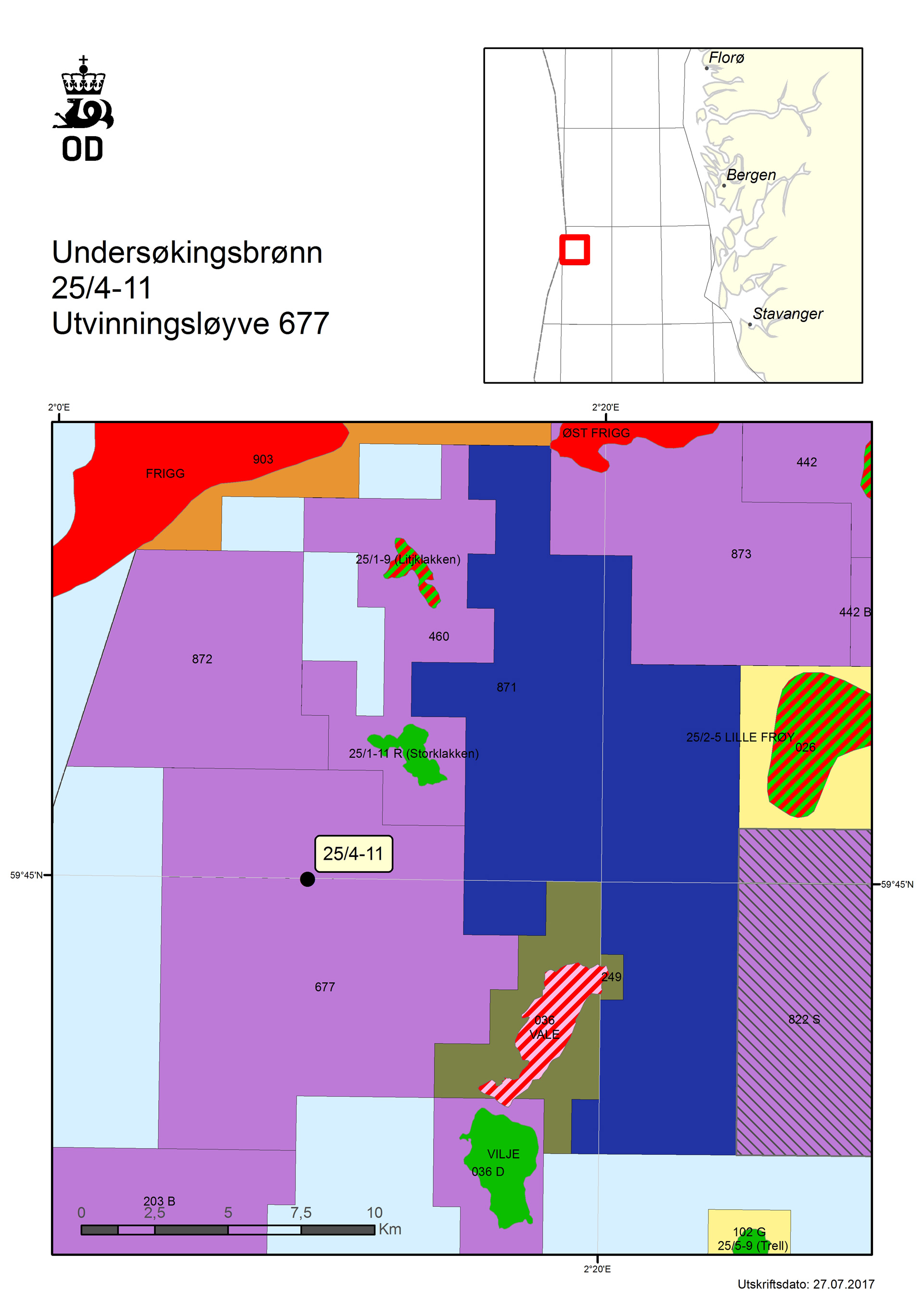