29/01/2019 The Norwegian Petroleum Directorate has granted Lundin Norway AS a drilling permit for well 16/1-31 S, cf. Section 15 of the Resource Management Regulations.

The drilling programme for well 16/1-31 S relates to the drilling of wildcat wells in production licence 338, where Lundin Norway AS is operator with an ownership interest of 65 per cent. The other licensees are OMV (Norge) AS (20 per cent) and Wintershall Norge AS (15 per cent).

The area in this licence consists of a part of block 16/1. The well will be drilled about four kilometres northeast of the Edvard Grieg facility in the central part of the North Sea.

Production licence 338 was awarded on 17 December 2004 (APA 2004). This is the 12th exploration well to be drilled in the current licence, but wildcat wells have previously been drilled within the licence area. 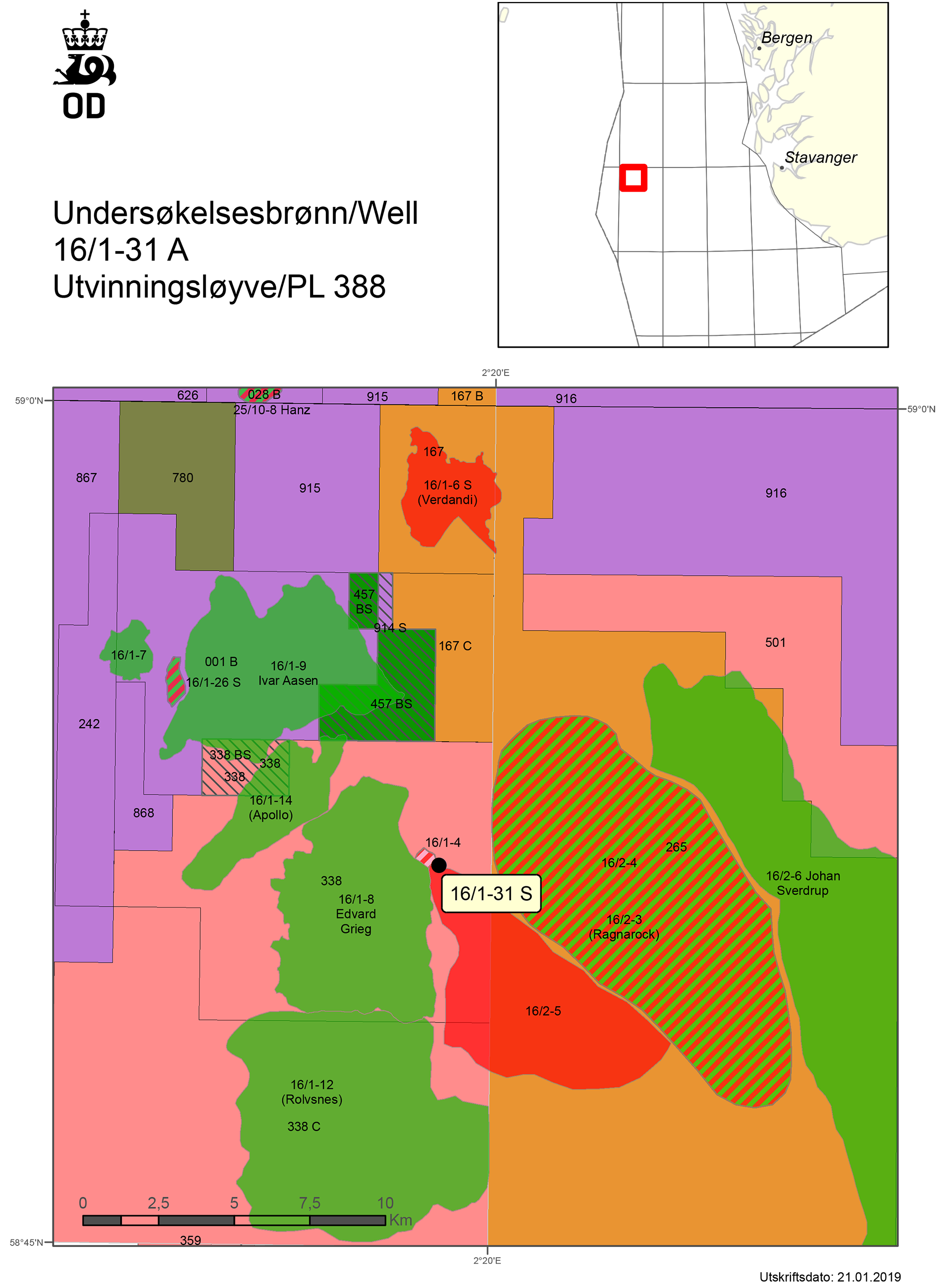