16/01/2019 The Norwegian Petroleum Directorate has granted Wellesley Petroleum AS a drilling permit for well 25/1-13, cf. Section 15 of the Resource Management Regulations.

The drilling programme for well 25/1-13 relates to the drilling of wildcat wells in production licence 871, where Wellesley Petroleum AS is the operator with an ownership interest of 40 per cent. The other licensees are Aker BP ASA (20 per cent), Equinor Energy AS (20 per cent) and LOTOS Exploration and Production Norge AS (20 per cent).

The area in this licence consists of parts of blocks 25/1, 25/2, 25/4 and 25/6. The well will be drilled about six kilometres southeast of the shutdown Frigg field in the central part of the North Sea.

Production licence 871 was awarded on 10 February 2017 (APA 2016). This is the first exploration well to be drilled within this particular licence, but three wildcat wells have previously been drilled within the licence area.

The permit is contingent on the operator securing all other consents and permits required by other authorities prior to commencing the drilling activity. 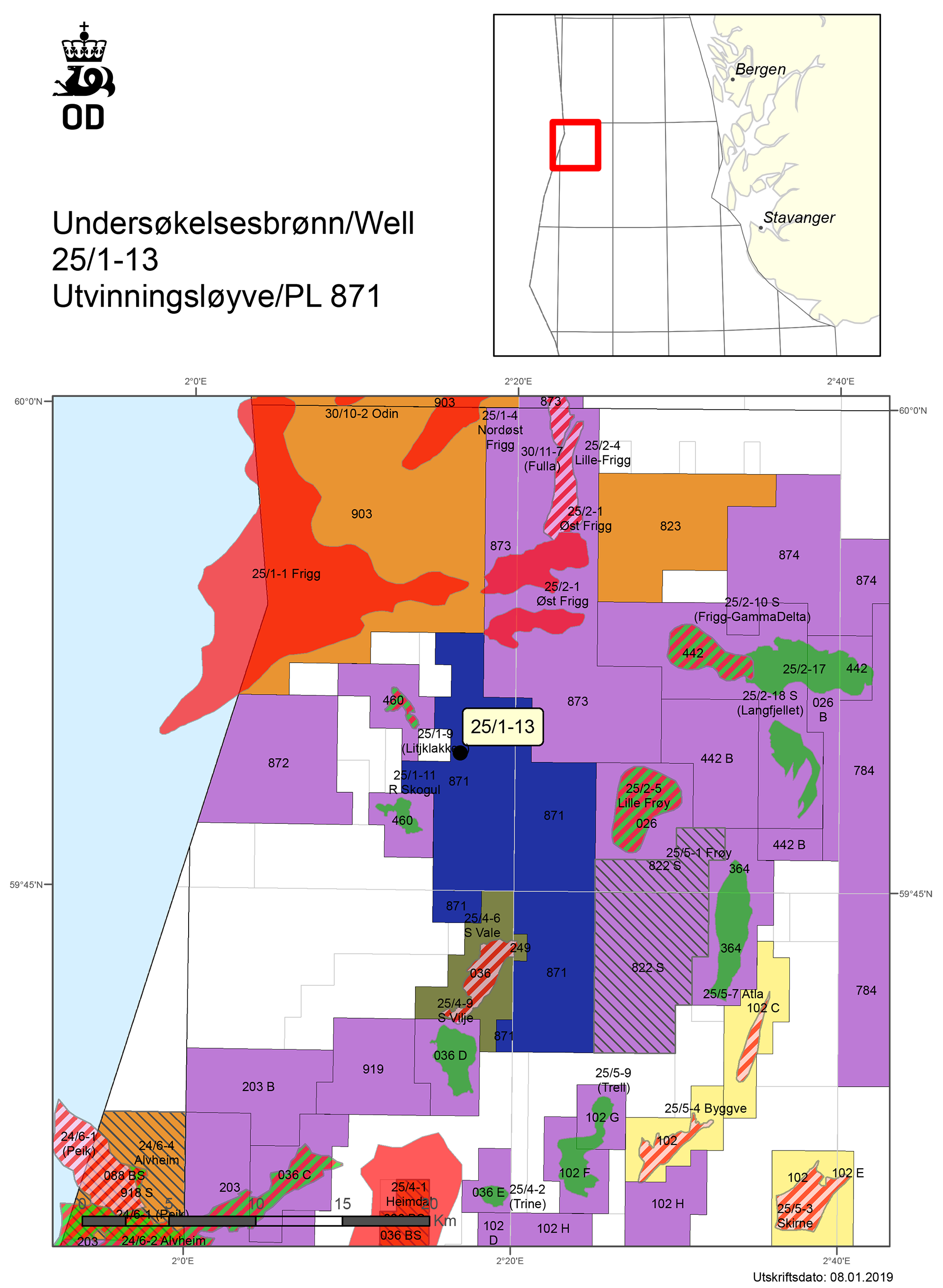