24/04/2019 The Norwegian Petroleum Directorate has granted Equinor Energy AS a drilling permit for well 7335/3-1, cf. Section 15 of the Resource Management Regulations.

Production licence 859 was awarded on 10 June 2016 (23rd licensing round on the Norwegian Shelf). This is the second well to be drilled in the licence.
The permit is contingent on the operator securing all other consents and permits required by other authorities prior to commencing the drilling activity. 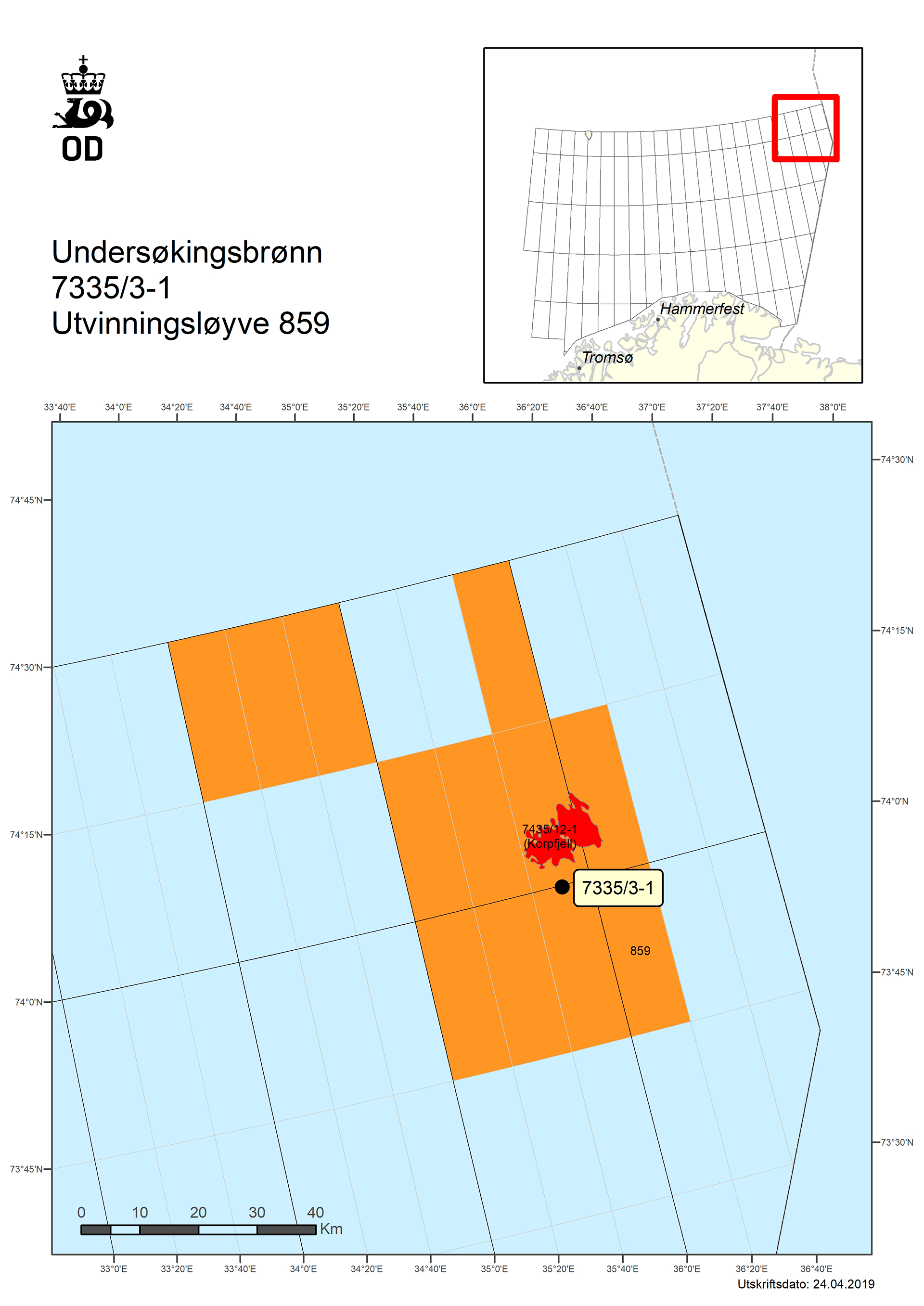