The area in this licence consists of parts of block 15/6. The well will be drilled about 15 km northeast of the Gina Krog field in the central part of the North Sea. 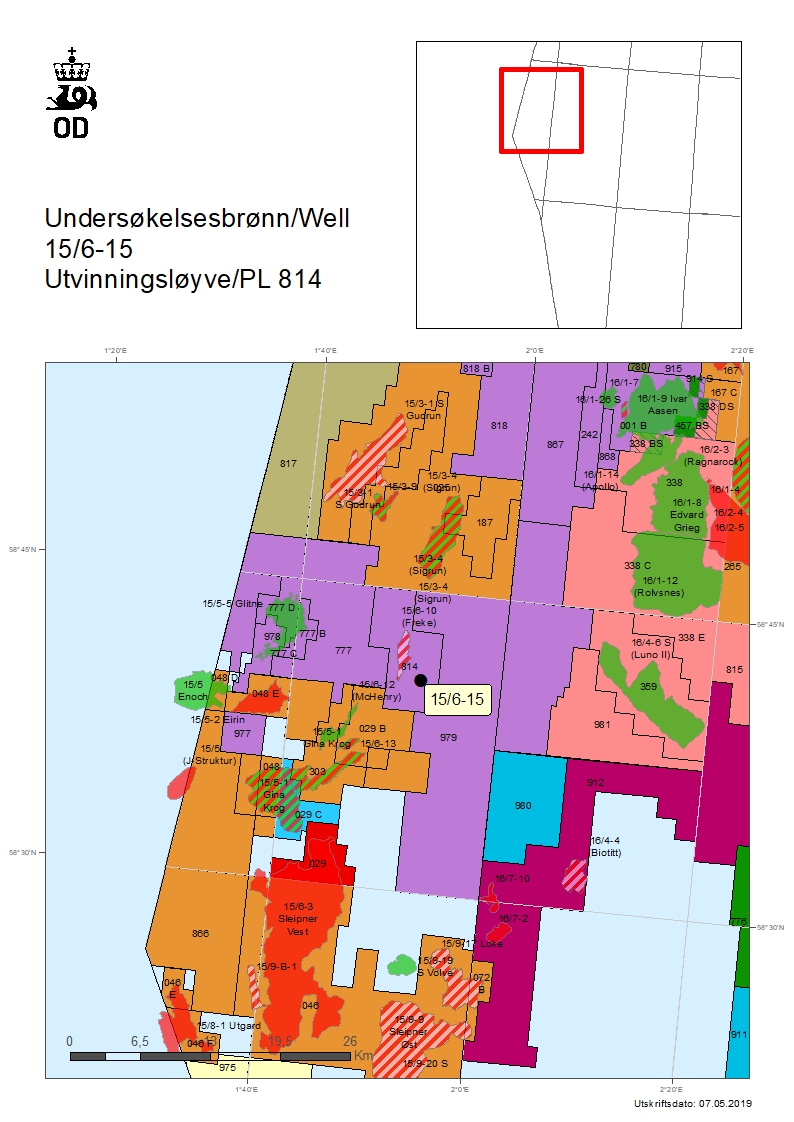