14/10/2019 The Norwegian Petroleum Directorate has granted Equinor Energy AS a drilling permit for well 35/11-23, cf. Section 15 of the Resource Management Regulations.

The area in this licence consists of a part of block 35/11. The well will be drilled about seven kilometres west of the Fram field.

Production licence 090 was awarded on 9 March 1984 (8th licensing round on the Norwegian shelf). This is the 17th well to be drilled in the licence. 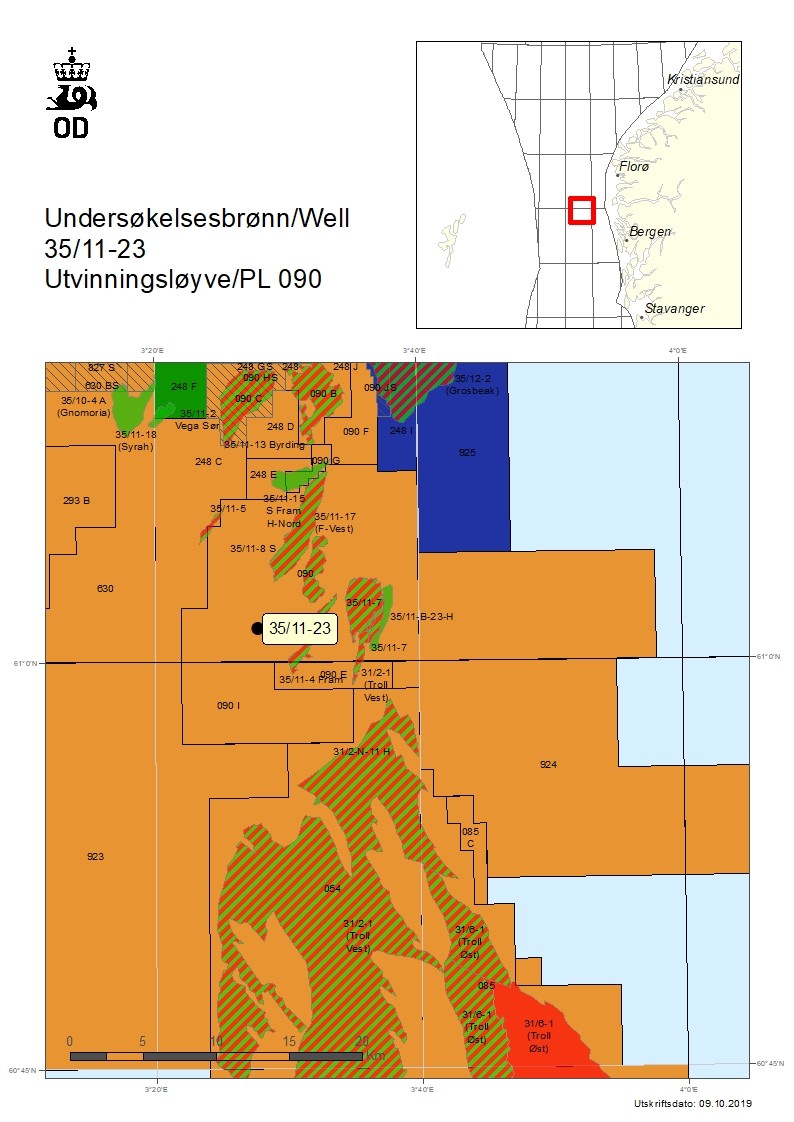