The drilling programme for well 6506/5-1 S relates to the drilling of wildcat wells in production licence 1008. Aker BP ASA is the operator with an ownership interest of 60 per cent. The other licensee is Wellesley Petroleum AS (40 per cent).

Production licence 1008 was awarded on 1 March 2019 in APA 2018 on the Norwegian shelf. This is the first well to be drilled in the licence. 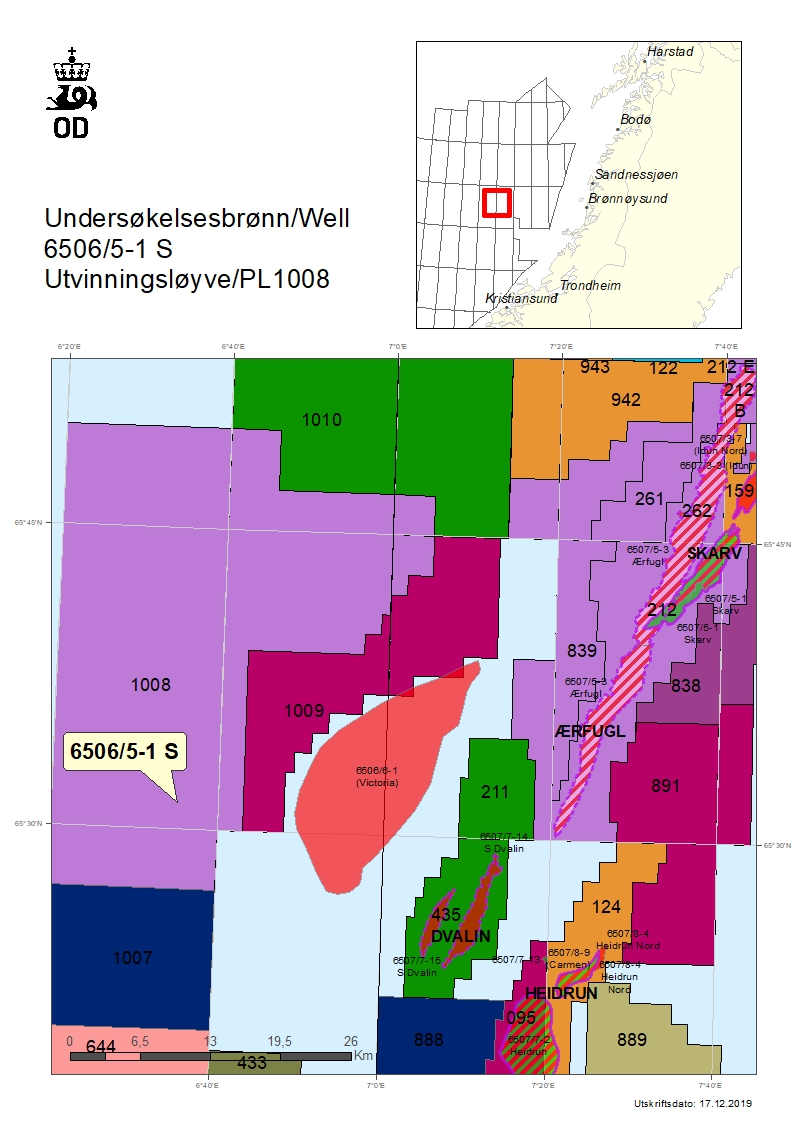