04/09/2019 The Norwegian Petroleum Directorate has granted Repsol Norge AS a drilling permit for well 9/2-12, cf. Section 15 of the Resource Management Regulations.

The area in this licence consists of a part of block 9/2. The well will be drilled about three kilometres east of the Yme field. 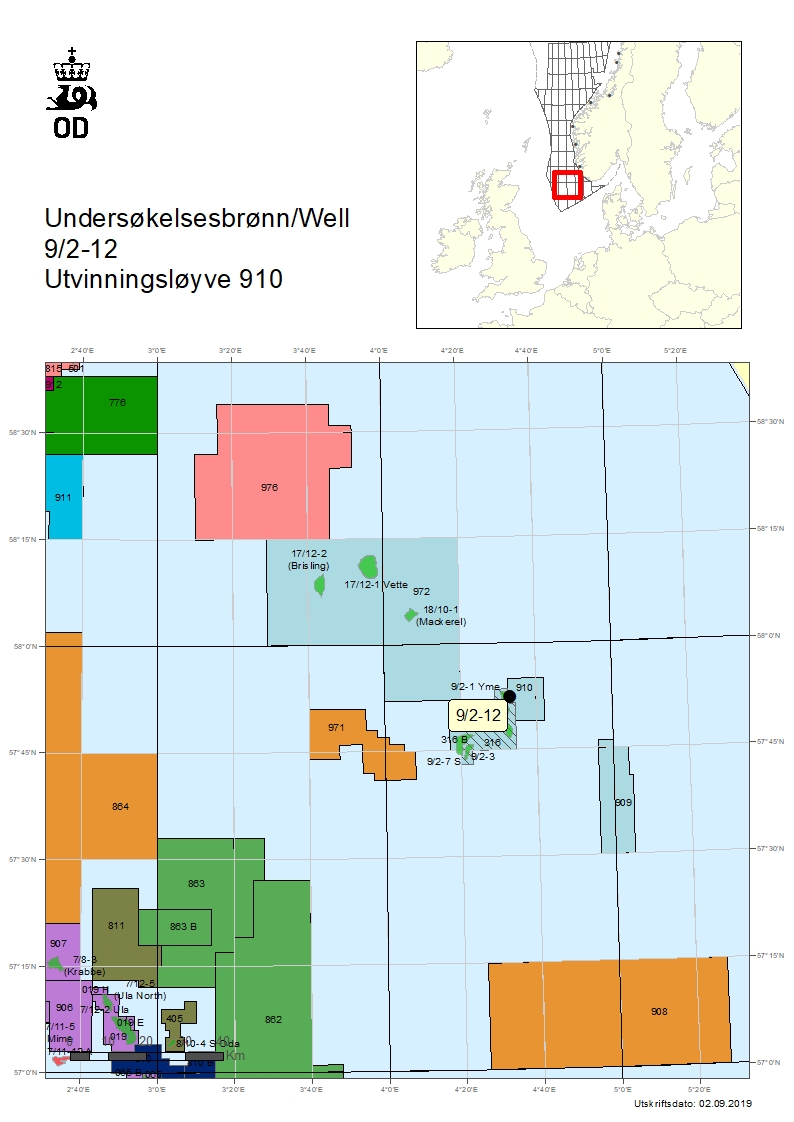