The drilling programme for well 25/2-22 S relates to the drilling of an appraisal well in production licence 442. Aker BP ASA is the operator with an ownership interest of 90.26 per cent. The other licensee is LOTOS Exploration and Production Norge AS (9.74 per cent).

The area in this licence consists of parts of blocks 25/2 and 25/3. The well will be drilled about 37 kilometres north of the Heimdal field.

Production licence 442 was awarded on 15 June 2007 (APA 2006). This is the 9th exploration well to be drilled in the licence. The permit is contingent on the operator securing all other permits and consents required by other authorities prior to commencing the drilling activity. 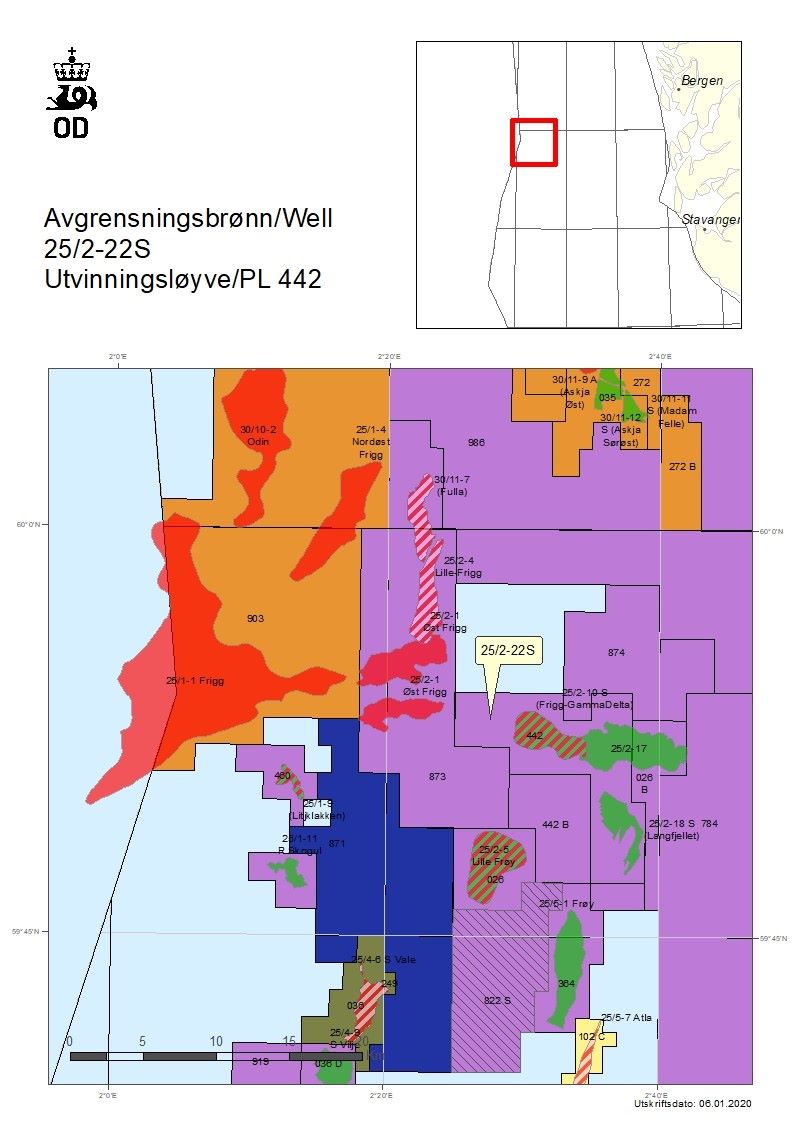