16/03/2020 The Norwegian Petroleum Directorate has granted Capricorn Norge AS a drilling permit for well 35/8-7S, cf. Section 15 of the Resource Management Regulations.

The area in this licence consists of part of block 35/8. The well will be drilled about 8 kilometres east of the Vega field.

The permit is contingent on the operator securing all other permits and consents required by other authorities prior to starting the drilling activity. 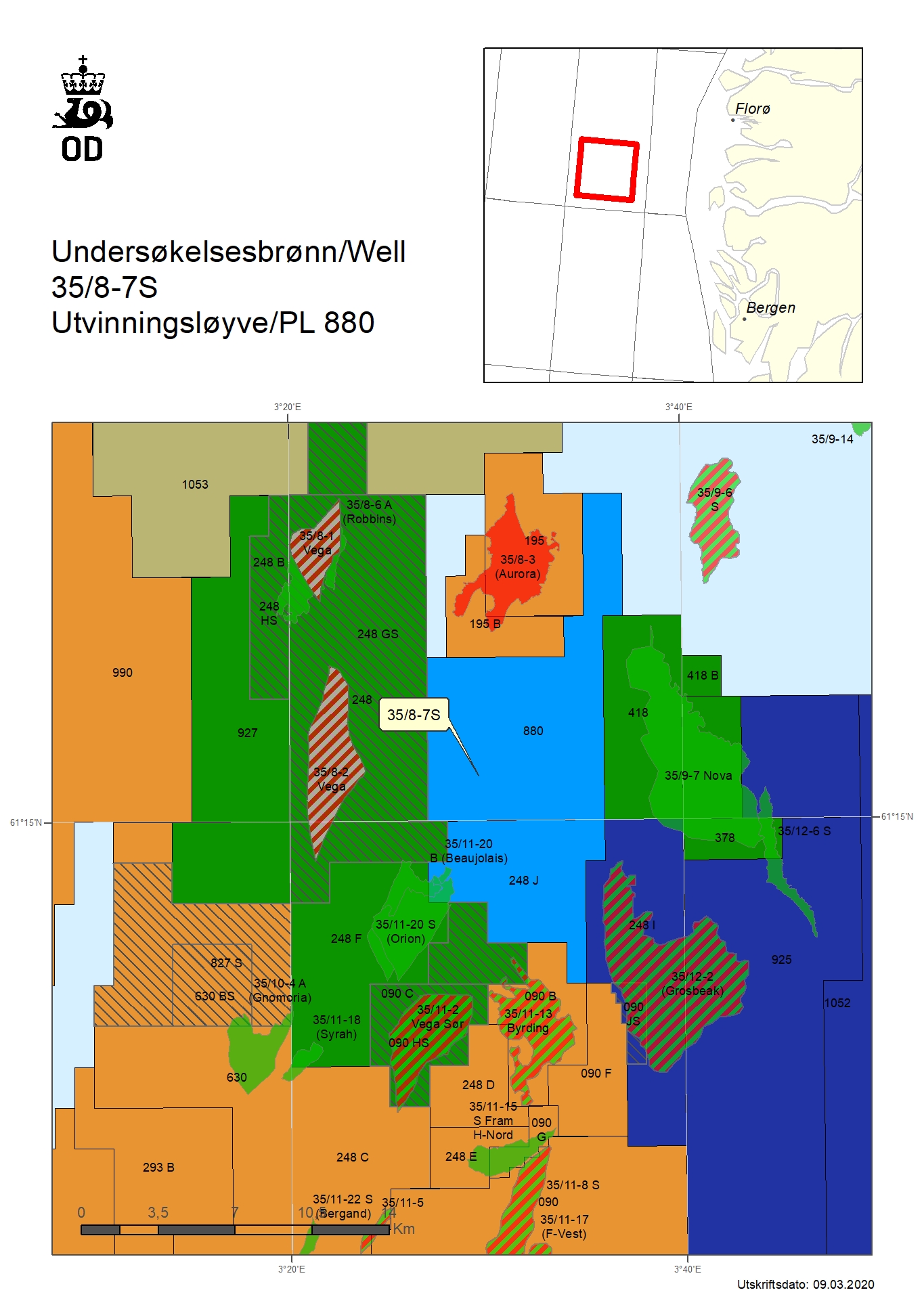