Aker BP ASA is the operator with an ownership interest of 88.0825 per cent. The other licensee is PGNiG Upstream Norway AS with 11.9175 per cent.

The area in this licence consists of part of block 6607/12. The well will be drilled about 7 kilometres northeast of the 6607/12-2 S Alve Nord discovery. 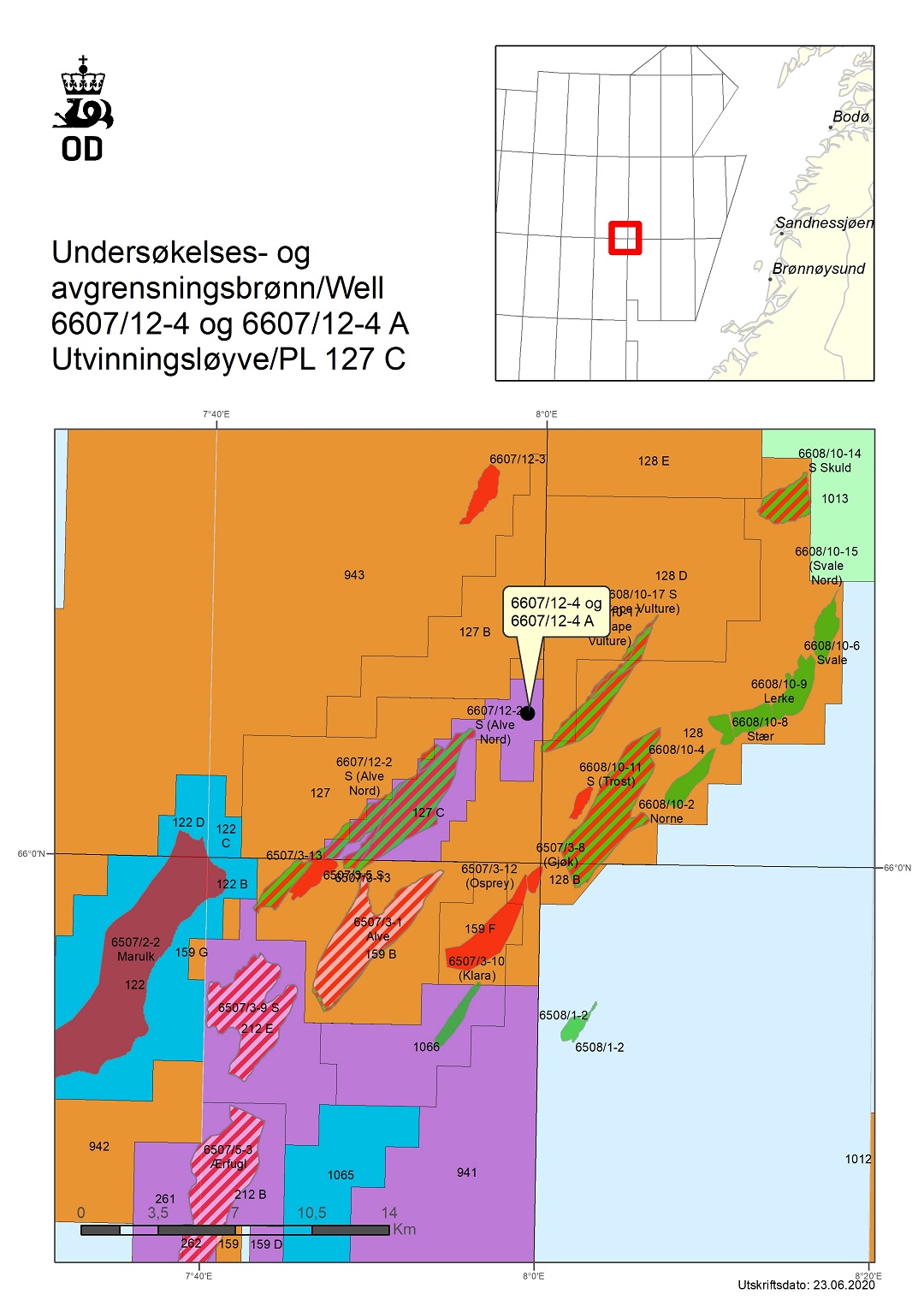