21/05/2021 The Norwegian Petroleum Directorate has issued a drilling permit to Lundin Energy Norway AS for well 16/1-34 S, cf. Section 13 of the Resource Management Regulations.

The drilling programme for well 16/1-34 S concerns the drilling of an appraisal well in production licence 167. Lundin Energy Norway AS is the operator with an ownership interest of 40 per cent.

The other licensees are Equinor Energy AS (30 per cent), Spirit Energy Norway AS (20 per cent) and Aker BP ASA (10 per cent).

The acreage in this licence consists of parts of block 16/1. The well will be drilled about 6 kilometres southwest of the Ivar Aasen field.

Production licence 167 was awarded on 1 March 1991 (the 13th round). This is the ninth exploration well to be drilled in this licence.

The permit presumes that all other permits and consents required by other authorities are secured before drilling activity starts. 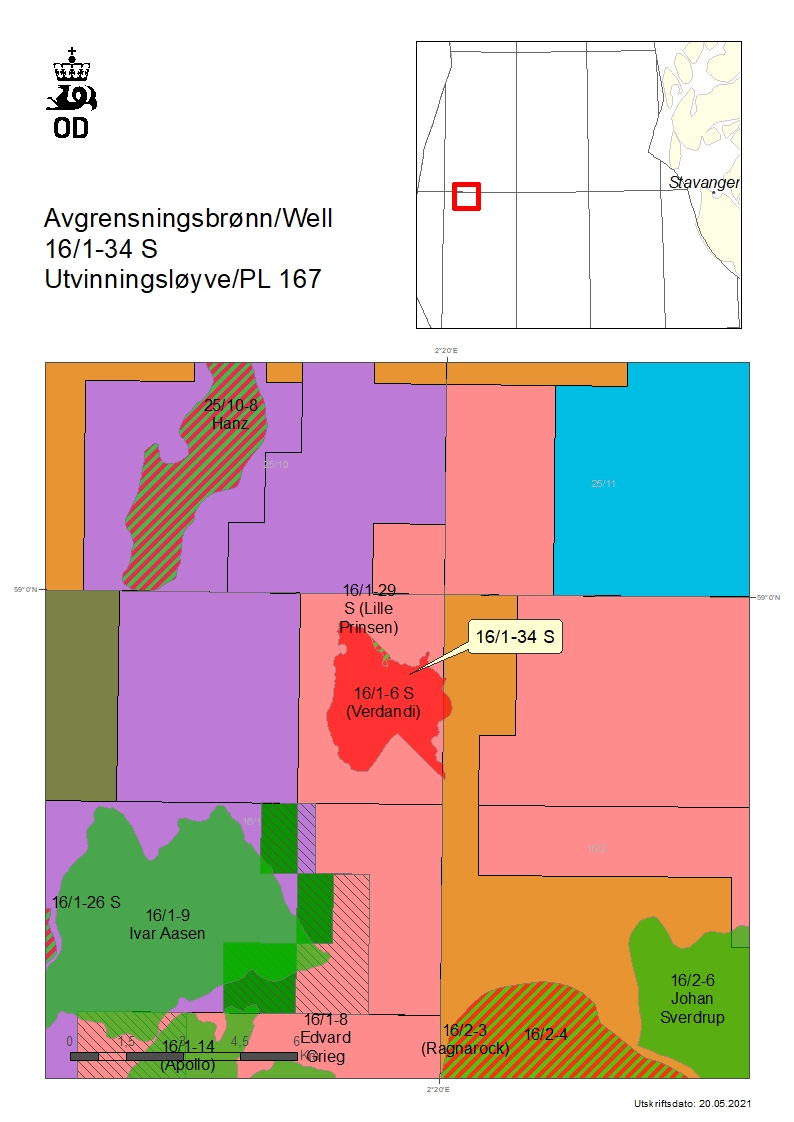 20/04/2022 The authorities have granted Aker BP consent to start up the Hod B facility in the North Sea.
Drilling permit for well 2/8-19

11/04/2022 On 8 April 2022, the Ministry of Petroleum and Energy announced an area for CO2 storage pursuant to the CO2 Storage Regulations. This area comprises defined blocks in the North Sea.
New oil and gas discovery near the Troll and Fram field

11/04/2022 Equinor Energy AS, operator of production licence 293 B, has concluded the drilling of wildcat well 35/10-8 S. The well was drilled about 15 kilometres west of the Fram field in the North Sea and 140 kilometres northwest of Bergen.
Contact
Per Henning Sæle