05/08/2021 The Norwegian Petroleum Directorate has granted a drilling permit to DNO Norge AS for well 2/5-15, cf. Section 13 of the Resource Management Regulations.

Well 2/5-15 will be drilled from the Borgland Dolphin drilling facility in position 56°36'42.42"N and 3°25'55.67"E following plugging and abandonment of wellbores on the Oselvar field before shutting down for DNO in production licence 274.

The drilling programme for well 2/5-15 relates to the drilling of a wildcat well in production licence 006 C. DNO Norge AS is the operator with an ownership interest of 85 per cent. The other licensee is Aker BP ASA (15 per cent). The area in this licence consists of parts of block 2/5. The well will be drilled about 15 kilometres northeast of the Ekofisk field.

Production licence 006 C was awarded on 9 October 2000 (Round 1-A). This is the fourth exploration well to be drilled in this licence. 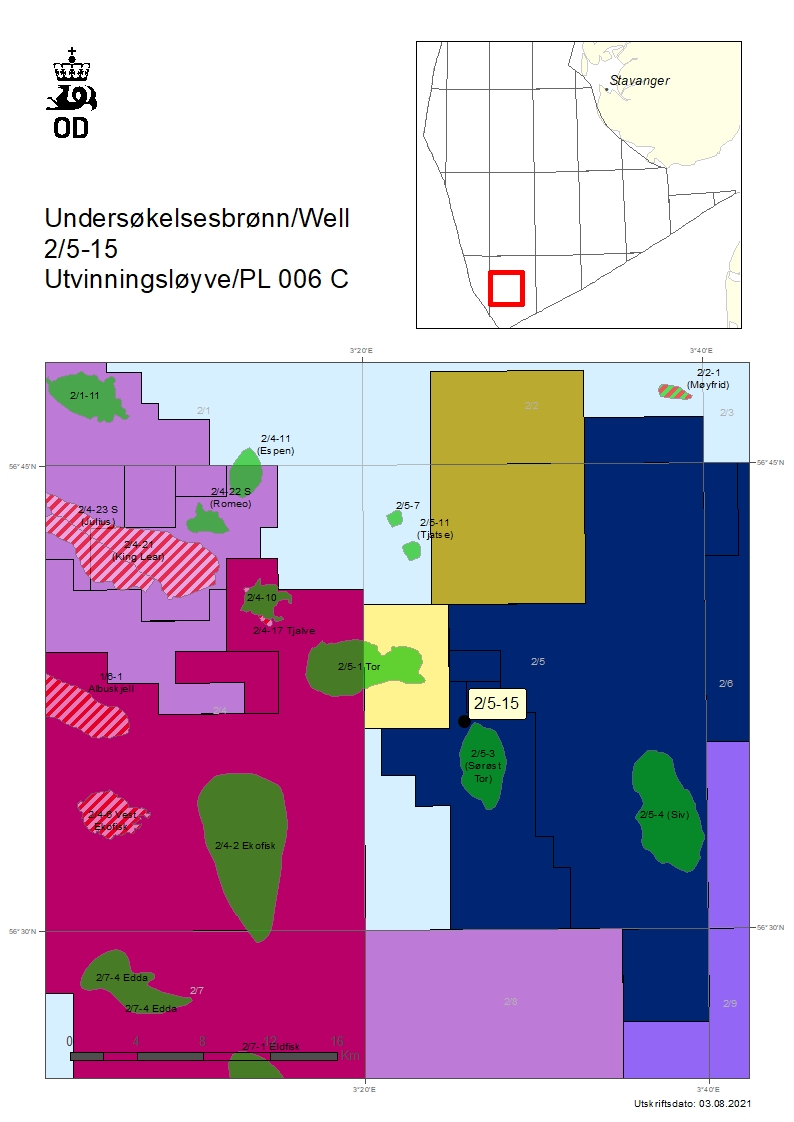