29/01/2021 The Norwegian Petroleum Directorate has granted Equinor Energy AS a drilling permit for well 31/11-1 S, cf. Section 13 of the Resource Management Regulations.

The drilling programme for well 31/11-1 S relates to the drilling of a wildcat well in production licence 785 S. Equinor Energy AS is the operator with an ownership interest of 50 per cent. The other licensee is Total E&P Norge AS (50 per cent).

The area in this licence consists of parts of blocks 26/2 and 31/11. The well will be drilled 62 kilometres south of the Troll field.

Production licence 785 S was awarded on 6 February 2015 (APA 2014). This is the first exploration well to be drilled in the licence. 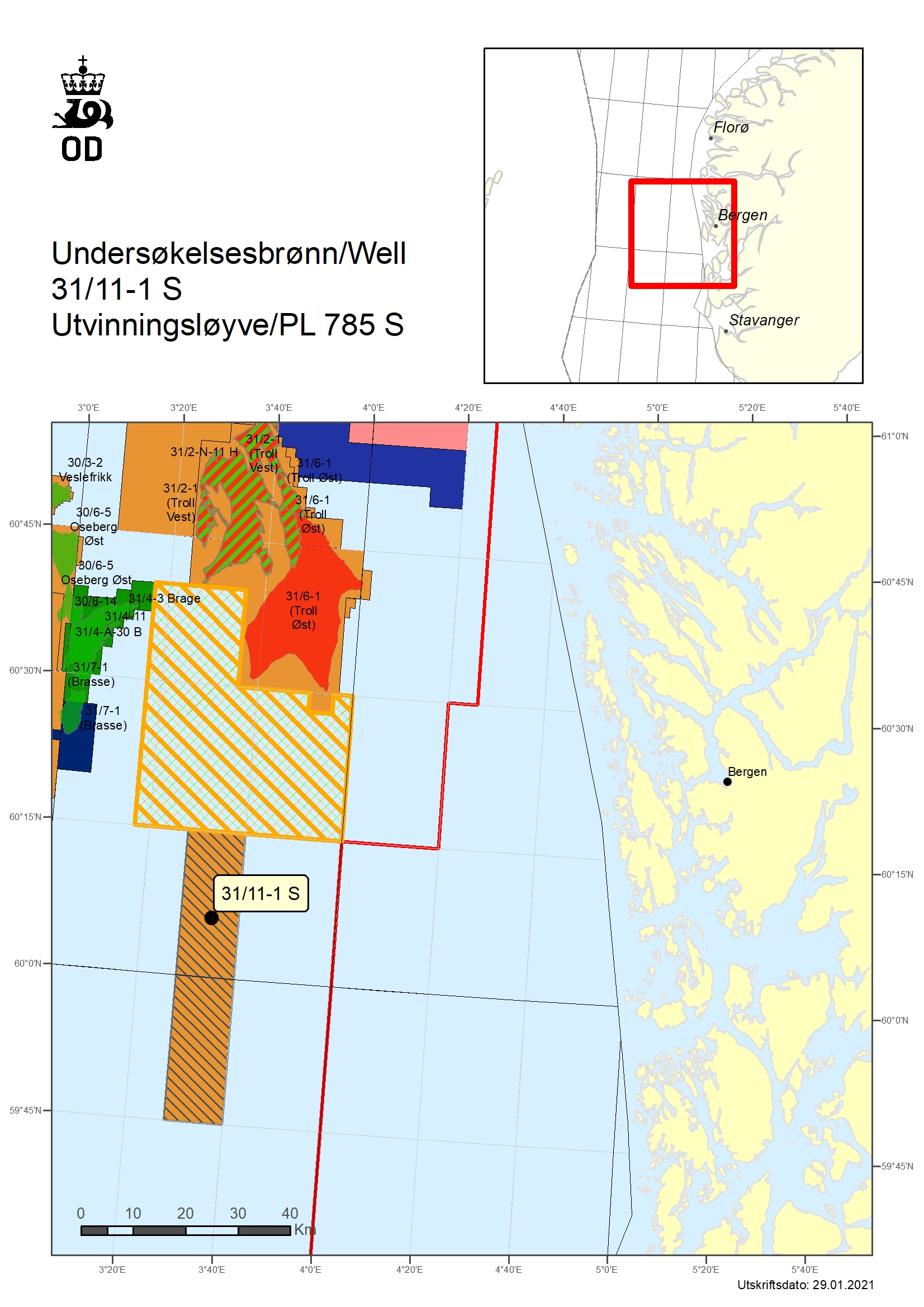