The drilling programme for well 6507/3-14 relates to the drilling of a wildcat well in production licence 159 B. Equinor ASA is the operator with an ownership interest of 53 per cent.

The area in this licence consists of parts of block 6507/3. The well will be drilled about 15 kilometres west of the Norne field.

Production licence 159 B was awarded on 13 August 2004. This is the fifth exploration well to be drilled in the licence. 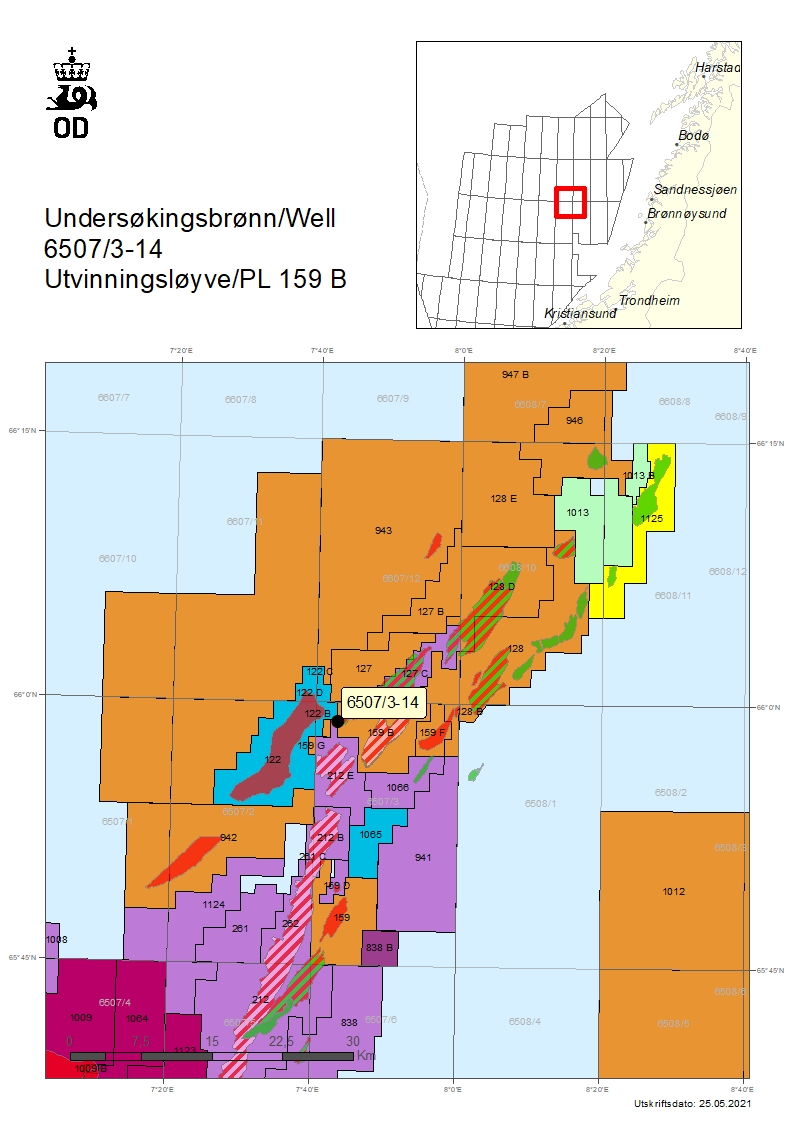 15/09/2021 The authorities have received applications from 31 companies in the Awards in Predefined Areas (APA) 2021.
Contact
Per Henning Sæle