17/09/2021 The Norwegian Petroleum Directorate (NPD) has granted Aker BP ASA a drilling permit for wells 7/11-14 S and A, cf. Section 13 of the Resource Management Regulations.

The area in this licence consists of parts of blocks 7/11 and 7/12. The wells will be drilled about 13 kilometres west of the Ula field.

Production licence 906 was awarded on 2 March 2018 (APA 2017). These are the first and second exploration wells to be drilled in the licence. 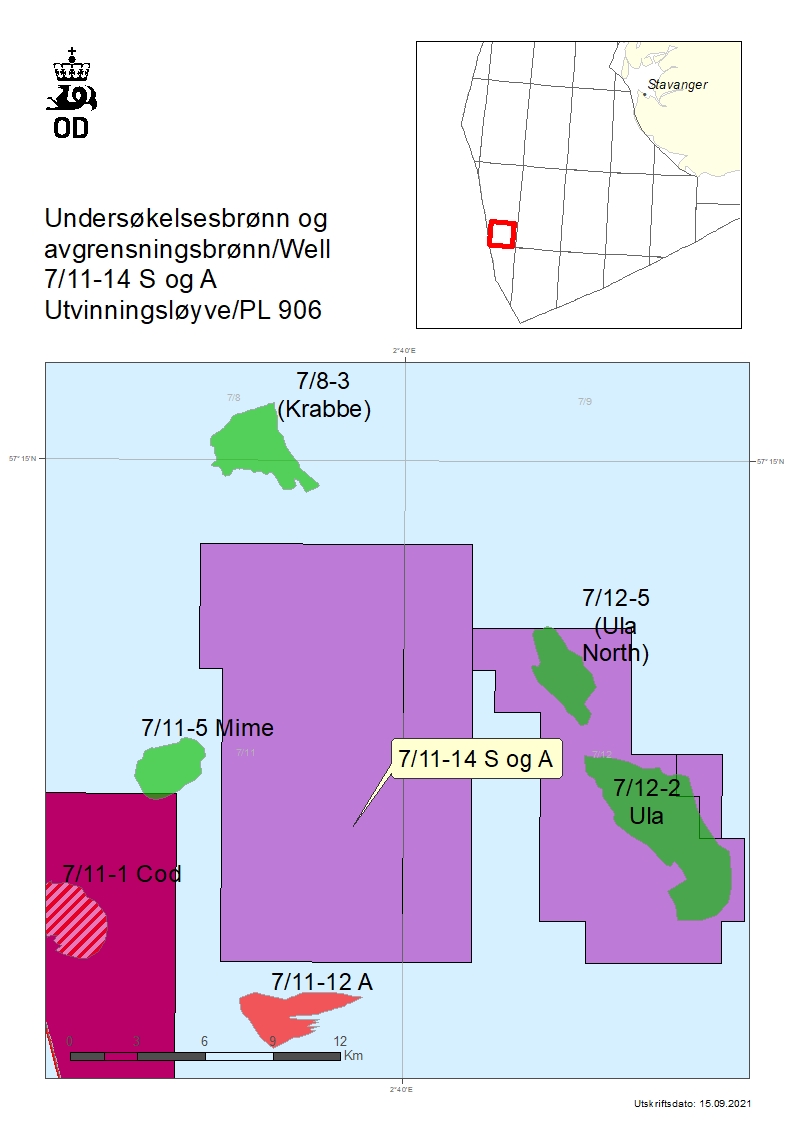