The well was drilled about 15 kilometres southeast of the Heidrun platform in the Norwegian Sea.

Data acquisition and sampling were carried out.

This is the first exploration well in production licence 591. The licence was awarded in APA 2010.

Well 6507/11-11 was drilled to a vertical depth of 2875 metres below the sea surface and was terminated in the Fangst group in the Middle Jurassic.

Water depth at the site is 270 metres. The well will be permanently plugged and abandoned. 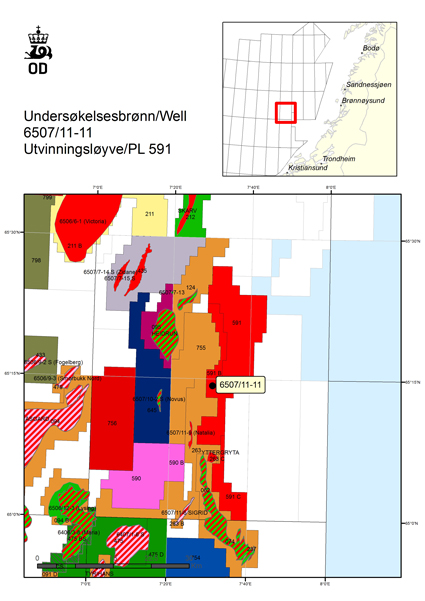