The wells were drilled about 13 kilometres east of the Oseberg field in the North Sea.

The 31/7-1 (Brasse) discovery was proven in Middle Jurassic reservoir rocks (the Sognefjord formation) in 2016. Prior to drilling of wells 31/7-2 S and 31/7-2 A, the operator estimated the size of the discovery at between 6.8 and 12.7 million Sm3 of recoverable oil equivalents.

The objective of the wells was to delineate the southern part of the 31/7-1 (Brasse) discovery.

Preliminary estimates indicate that the size of the discovery is now between 8.9 and 14.6 million Sm3 of recoverable oil equivalents.

The licensees in PL 740 will consider tying the discovery into existing infrastructure in the area (the Oseberg or Brage field).

A successful formation test has been performed for well 31/7-2 S. The maximum production rate was 981 Sm3 of oil per flow day through a 64/64-inch nozzle opening. The gas/oil ratio is approx. 158 Sm3/Sm3. The formation test revealed mainly good production and flow properties. Extensive data acquisition and sampling were also carried out in both wells.

These are the third and fourth exploration wells in production licence 740, which was awarded in APA 2013.

Well 31/7-2 S was drilled to 2424 metres below the sea surface, and was terminated in the Tarbert formation in the Middle Jurassic. Well 31/7-2 A was drilled to a measured depth of 2723 m and a vertical depth of 2275 m below the sea surface. The well was terminated in the Sognefjord formation in the Upper Jurassic. Water depth is 120 metres. The wells will be plugged and abandoned.

The wells were drilled by the Deep Sea Bergen rig, which will now proceed to drill wildcat well 6507/8-9 in production licence 124 in the Norwegian Sea, where Statoil Petroleum AS is the operator. 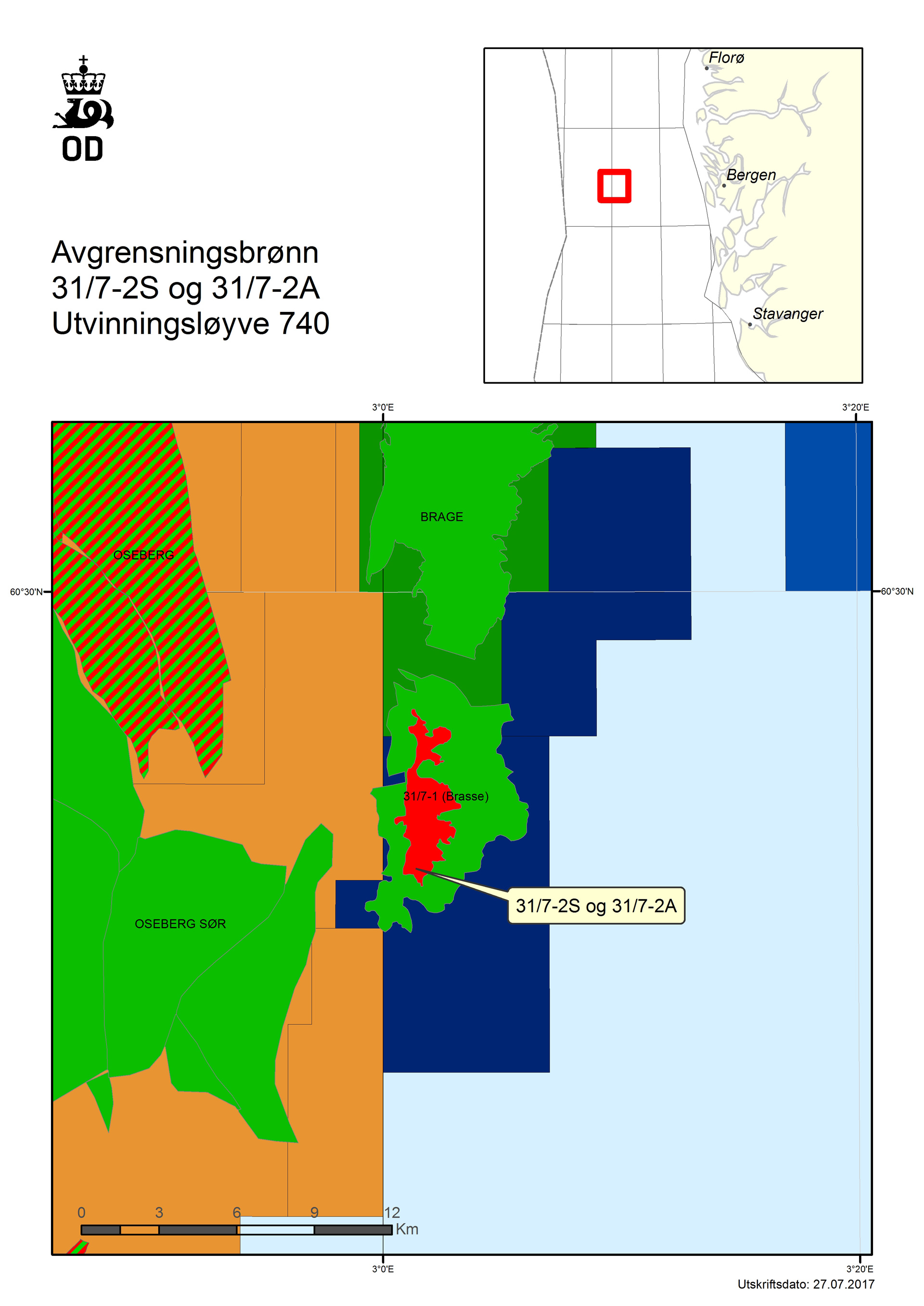