The wells were drilled about 15 kilometres north of the Åsgard field in the Norwegian Sea and 250 kilometres west of Brønnøysund.

The discovery was proven in multiple levels in Middle Jurassic reservoir rocks in the Ile and Garn formations in 2010. Before the two appraisal wells were drilled, the operator’s resource estimate for the discovery was between 4 and 15 million standard cubic metres (Sm3) of recoverable oil equivalents (o.e.).

The objective of well 6506/9-4 S was to reduce the uncertainty associated with the reservoir quality and resource estimate for the Garn and Ile formations in the 6506/9-2 S discovery.

Extensive volumes of data and samples have been collected from the wells, including a successful formation test in 6506/9-4 A. The maximum production rate from the formation test in the Garn formation was 570 000 Sm3 gas and 80 Sm3 condensate per flow day through a 36/64-inch nozzle opening, and the flow properties were moderate.

The preliminary estimation of the size of the discovery following the appraisal wells is between 7 and 14 million Sm3 of recoverable oil equivalents. The licensees are planning to develop the discovery as a subsea development tied-in to the Åsgard B facility.

These are the second and third exploration wells in production licence 433. The licence was awarded in APA 2006. Water depth is 300 metres. The wells will be permanently plugged and abandoned.

The wells were drilled by Island Innovator, which will now proceed to drill wildcat well 7322/7-1 in production licence 852 in the Barents Sea, where Spirit Energy Norge AS is the operator. 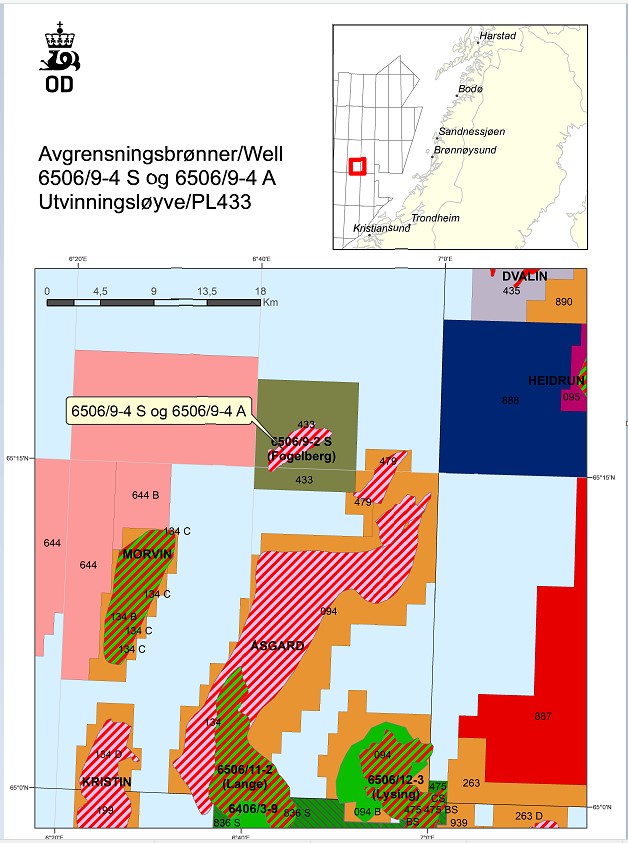