The wells were drilled about 4 kilometres northwest of the Bøyla field and 225 kilometres west of Stavanger.

Wildcat well 24/9-14 S encountered a total gas column of 30 metres, and a total oil column of 38 metres in the Hordaland group in sandstone layers (injectites) totalling 35 metres, mainly with very good to excellent reservoir properties. The sandstones are interpreted as being remobilised sand from the Heimdal and Hermod formations in the Palaeocene which are injected into the overlying Hordaland group. The gas/oil contact was observed in the well. The oil/water contact was not observed, as the logs showed oil down to the situation.

Appraisal well 24/9-14 A, which was drilled horizontally, encountered several gas-bearing and oil-bearing injectite zones totalling 540 metres, with many sandstone layers with variable reservoir properties, mainly from good up to excellent. Here too, the sandstone layers are interpreted as being injected sands in the Hordaland group with variable quality and thickness. The gas/oil and oil/water contacts are as in the wildcat well.

Preliminary estimates place the size of the discovery between 10 and 21 million standard cubic metres (Sm3) of recoverable oil equivalents. The nearby 24/9-3 (Gamma) oil discovery can be viewed as being a part of this discovery. Part of the discovery may extend over to the UK sector. The licensees will consider tying the discovery into existing infrastructure in the Alvheim area.

The wells were not formation-tested, but extensive volumes of data have been acquired and samples have been taken.

These are the first and second exploration wells in production licence 869, which was awarded in APA 2016.

Water depth at the site is 120 metres. The wells have been permanently plugged and abandoned. 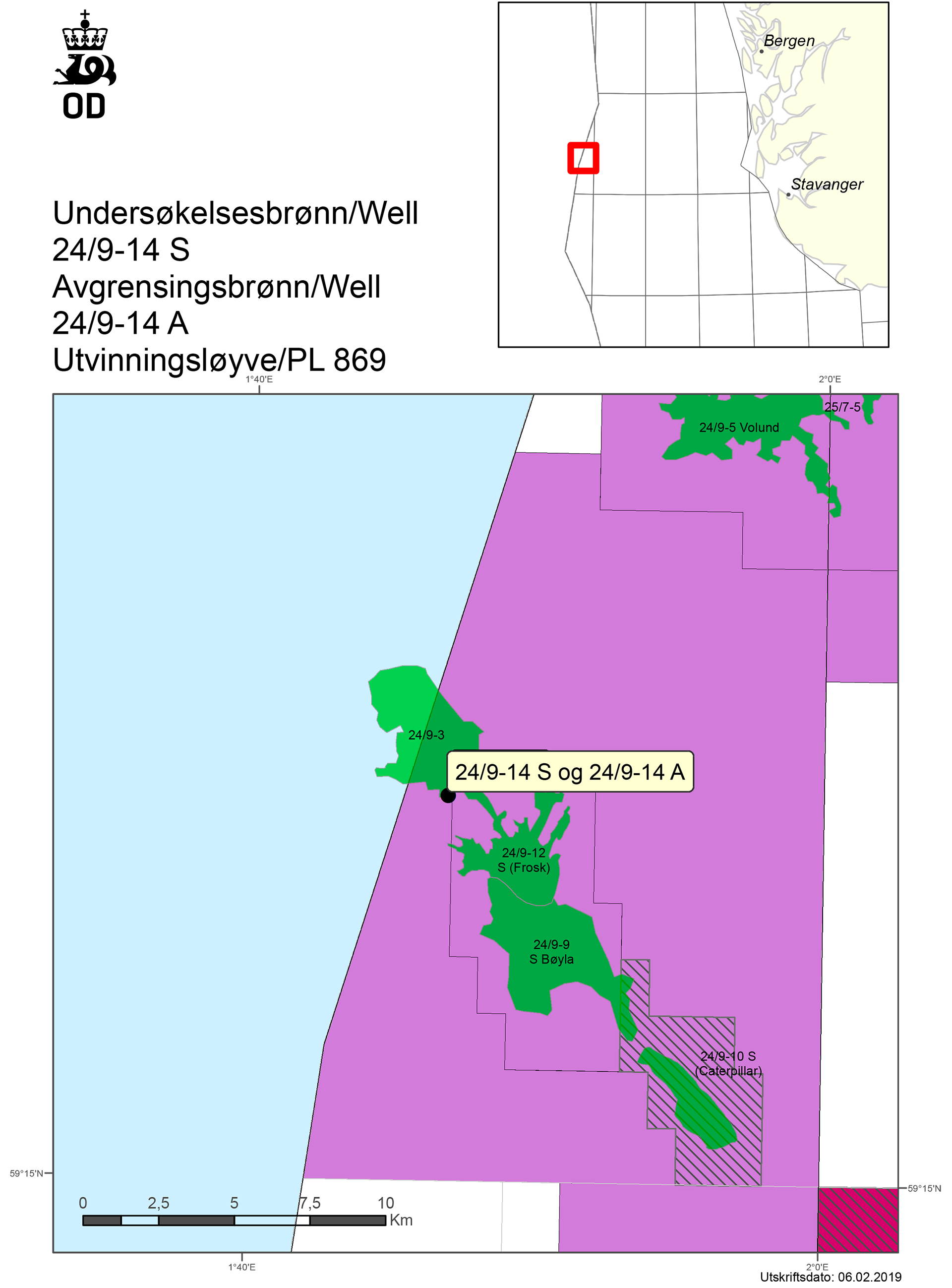