Data has been acquired and samples have been collected.

This is the first exploration well in production licence 870. The licence was awarded in APA 2016.

The well was drilled to respective vertical and measured depths below the sea surface of 3455 and 3506, and it was terminated in the Hegre group from the Triassic Age.

Water depth at the site is 123 metres. The well has been permanently plugged and abandoned.

Well 25/6-6 S was drilled by the Transocean Spitsbergen drilling facility, which will now proceed to production licence 159 B in the Norwegian Sea to drill wildcat well 6507/3-13, where Equinor Energy AS is the operator. 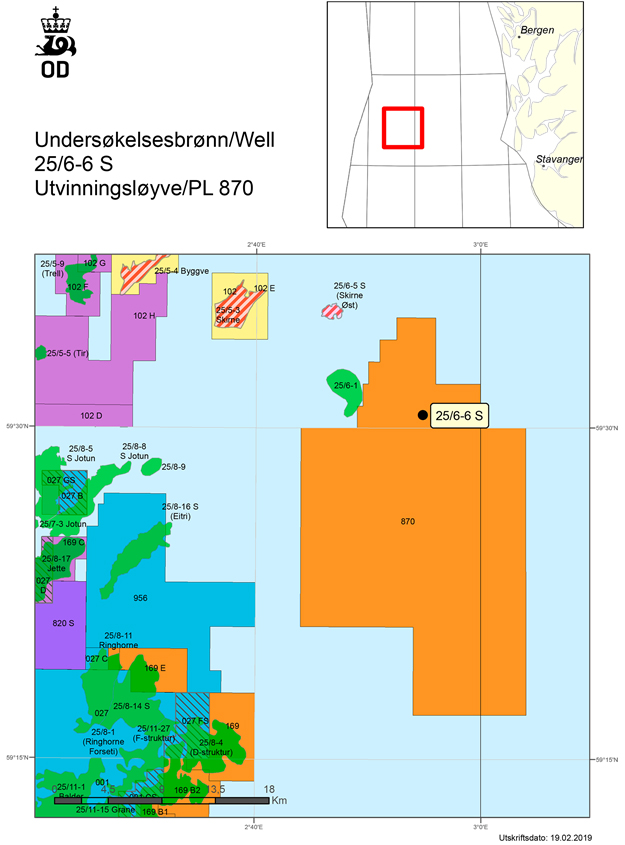