The well has been drilled about 45 km east of the Valhall and Ekofisk fields and 20 km north of the Norwegian-Danish border in the Mandal High area.

The primary and secondary exploration targets for the well were to prove petroleum in reservoir rocks in the Paleocene and in the Permian (Intra Våle formation sandstone and the Rotliegend group, respectively).

Extensive data acquisition and sampling have been carried out. The well is dry.

This is the first exploration well in production licence 860. The licence was awarded in APA 2016.

Well 2/6-6 S was drilled to a vertical depth of 3576 metres and 3843 metres measured depth below the sea surface, and it was terminated in the Rotliegend group. Water depth at the site is 69 meters. 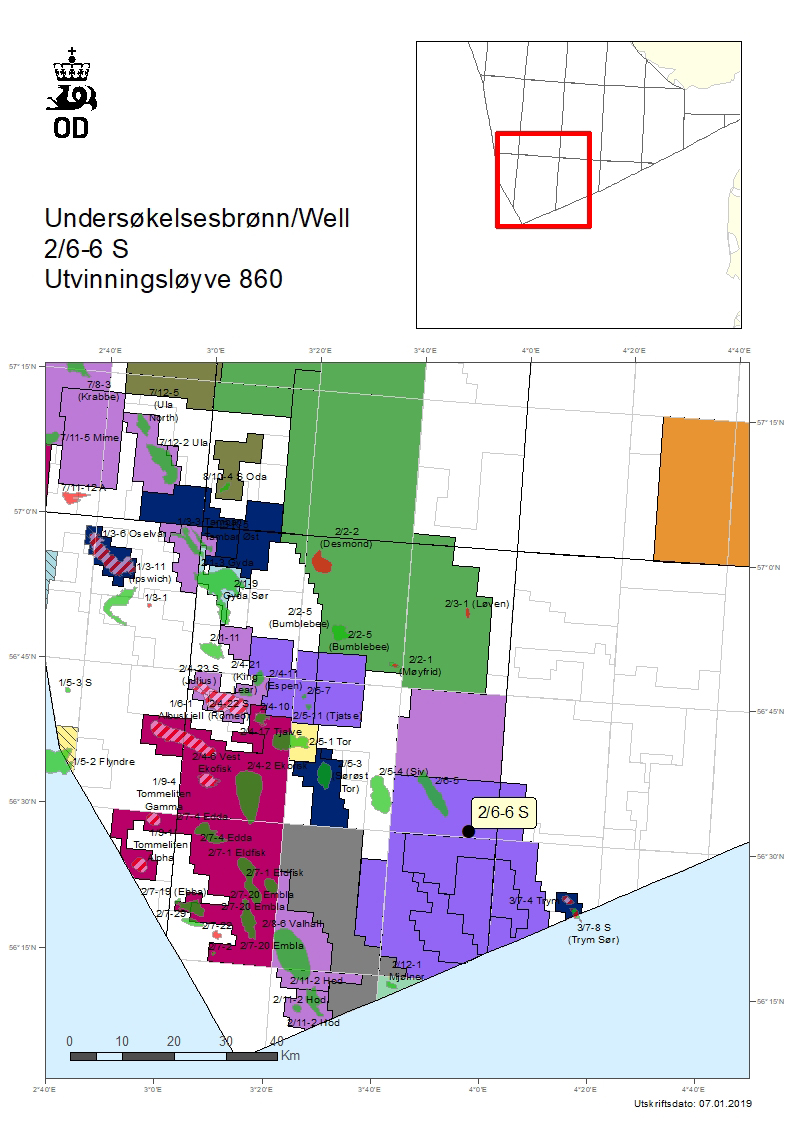