The wells were drilled about 10 kilometres south of the Brage field and 120 kilometres west of Bergen in the northern part of the North Sea.

The 31/7-1 (Brasse) discovery was proven in Upper Jurassic reservoir rocks (the Sognefjord formation) in 2016. Prior to the drilling of wells 31/7-3 S and 31/7-3 A, the operator’s resource estimate for the discovery was between 8.9 and 14.6 million Sm3 recoverable oil equivalents (o.e).

The objective of well 31/7-3 S was to delimit the producible oil and gas reservoir in the Sognefjord formation to the northeast on the structure.

The well encountered the Sognefjord formation with a thickness of about 105 metres, with effective reservoir of 45 metres, mainly with very good reservoir quality. The reservoir is aquiferous. The well is classified as dry.

The objective of well 31/7-3 A was to delimit the reservoir and determine the northern part of the discovery within the licence.

The licensees will assess the discovery with regard to further follow-up.

The wells were not formation-tested, but data acquisition and sampling have been carried out.

Water depth at the site is 124 metres. The well has been plugged and abandoned.

The well was drilled by the Transocean Arctic drilling facility, which then drilled wildcat well 35/4-2 in production licence 931 in the northern part of the North Sea, where Wellesley Petroleum AS is operator. 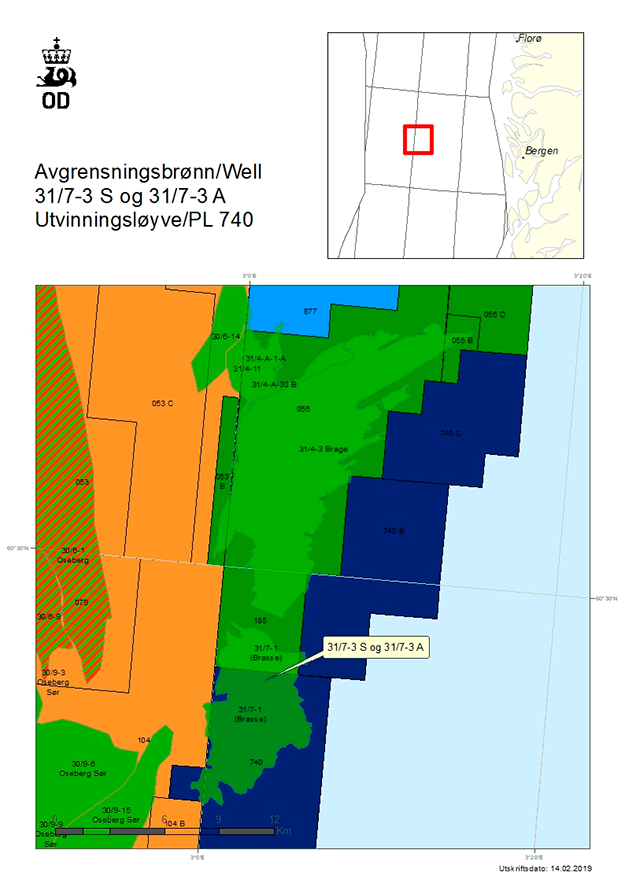