The well was drilled about 2.5 kilometres east of the Visund A platform and 155  kilometres west of Florø in the northern part of the North Sea.

The objective of the well was to prove petroleum in Early Jurassic reservoir rocks (the Statfjord group).

Well 34/8-18 S encountered an oil column of about 115 metres in the upper and lower part of the Statfjord group, with effective reservoir of 17 and 20 metres, respectively, in sandstone mainly with moderate reservoir quality. In the upper part of the Lunde formation in the Upper Triassic, about 15 metres of aquiferous sandstone with poor reservoir quality was encountered. The oil-water contact was encountered in the lower Statfjord group at about 3170 metres below sea level.

Preliminary estimates place the size of the discovery between 2.0 and 4.5 million standard cubic metres (Sm3) of recoverable oil. The licensees will consider linking the discovery to existing infrastructure on the Visund field.

The well was not formation-tested, but data acquisition and sampling have been carried out.

This is the 26th exploration well in production licence 120. The licence was awarded in 1985 in licensing round 10-A.

Well 34/8-18 S was drilled to respective measured and vertical depths of 6039 and 3298 metres below the sea surface, and was terminated in the Lunde formation from the Late Triassic Age.

Water depth at the site is 335 metres. The well will now be permanently plugged and abandoned.

Well 34/8-18 S was drilled from the Visund A platform, which will now drill development wells on the Visund field. 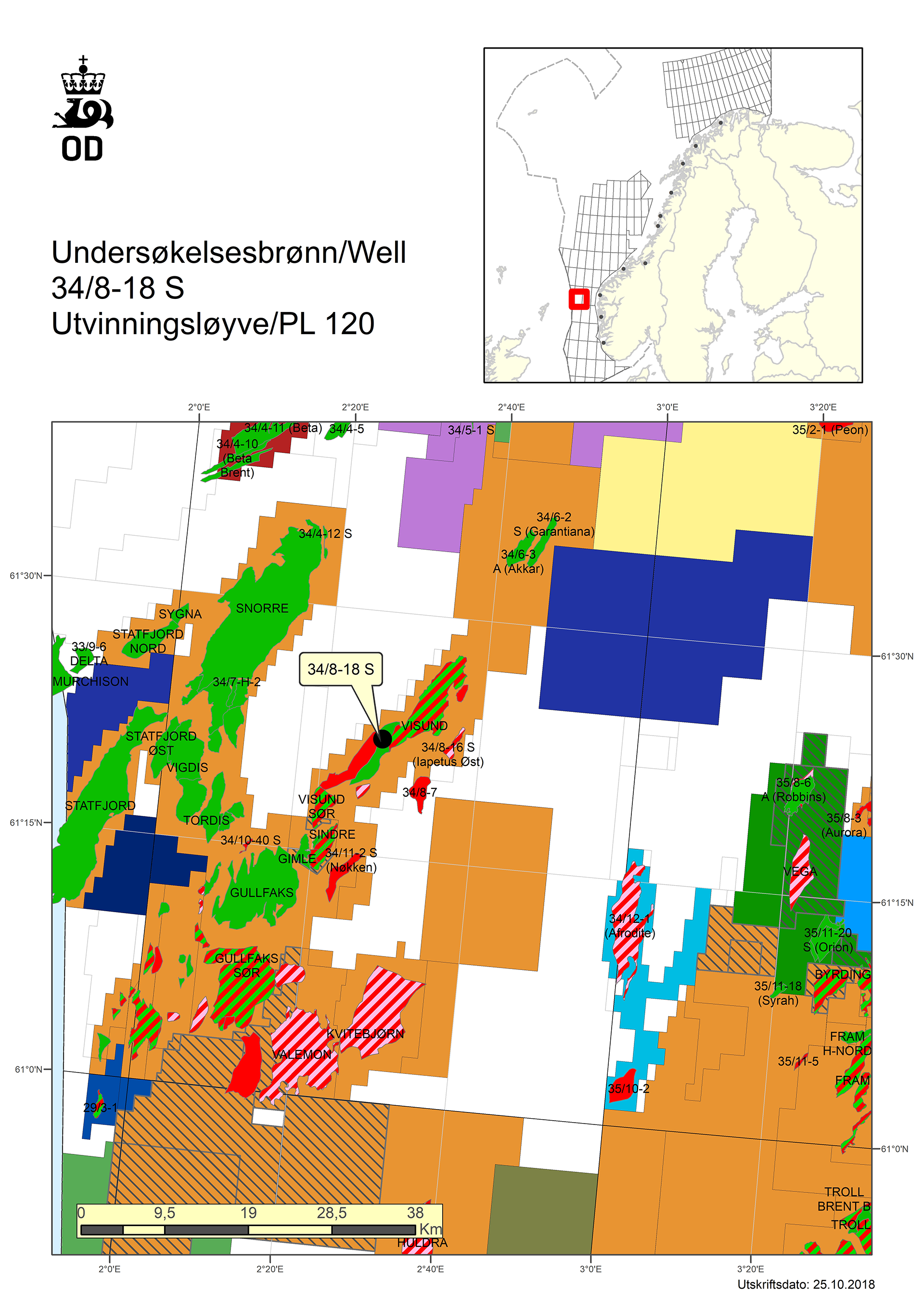