The well was drilled in the northern part of the North Sea, about 10 kilometres west of the Fram field and 100 kilometres southwest of Florø.

The secondary exploration target, in the Statfjord group, has a thickness of about 130 metres, of which 60 metres of aquiferous reservoir rocks with poor reservoir quality.

Well 35/11-22 S also encountered a sandstone-dominated unit in the Heather Formation in the Middle to Upper Jurassic totalling about 30 metres, of which 15 metres of effective reservoir rocks, mainly with moderate reservoir quality. Oil was proven, but the oil/water contact was not encountered.

Preliminary estimates indicate that the size of the discovery is between 0.2 and 0.7 million standard cubic metres (Sm3) of recoverable oil. The licensees do not consider the discovery to be profitable at present, but will assess this together with other nearby discoveries and prospects with regard to further follow-up.

Well 35/11-22 S was drilled to a vertical depth of 3882 metres below the sea surface and was terminated in the Statfjord Group.

Water depth at the site is 363 metres. The well has been permanently plugged and abandoned.

The well was drilled by the Deepsea Bergen drilling facility, which will now plug an older exploration well in production licence 052 on the Veslefrikk field in the northern part of the North Sea, where Equinor Energy AS is the operator. 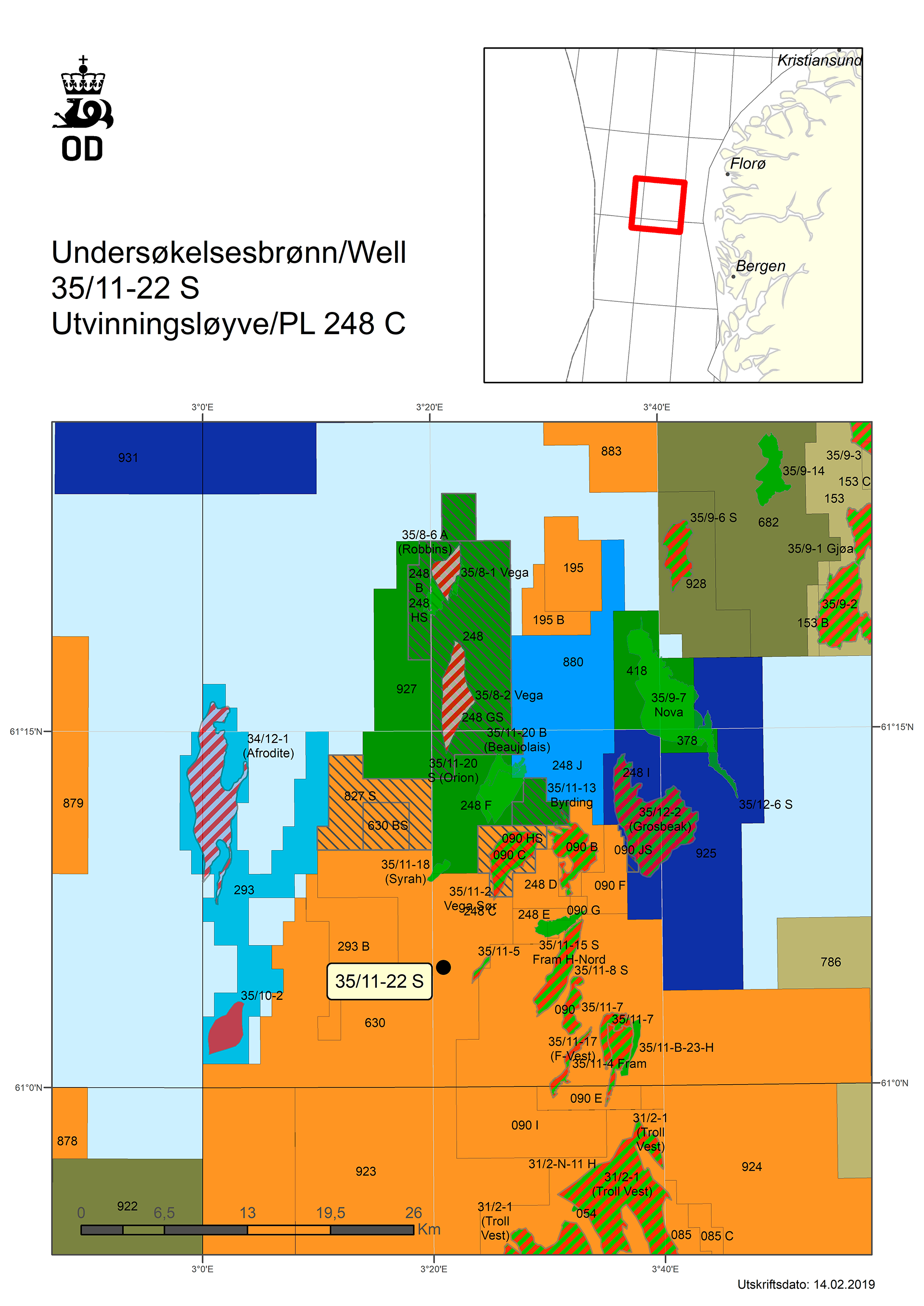