The well was drilled about 33 kilometres south of the 35/2-1 (Peon) gas discovery and 77 kilometres west of Florø, in the northern part of the North Sea.

The objective of the well was to prove gas in reservoir rocks from the Pliocene Age (intra Naust Formation sandstone).

Well 35/4-2 did not encounter sandstone, but did encounter a sequence dominated by claystone and siltstone in the Naust Formation. There were traces of gas in the top of the reservoir. The well is classified as dry.

This is the first exploration well in production licence 931. The licence was awarded in APA2017.

The well was drilled to a vertical depth of 747 metres below the sea surface and was terminated in the Naust Formation.

Water depth at the site is 392 metres. The well has been permanently plugged and abandoned.

Well 35/4-2 was drilled by the Transocean Arctic drilling facility, which will now proceed to production licence 871 in the central part of the North Sea to drill wildcat well 25/1-13, where Wellesley Petroleum is the operator. 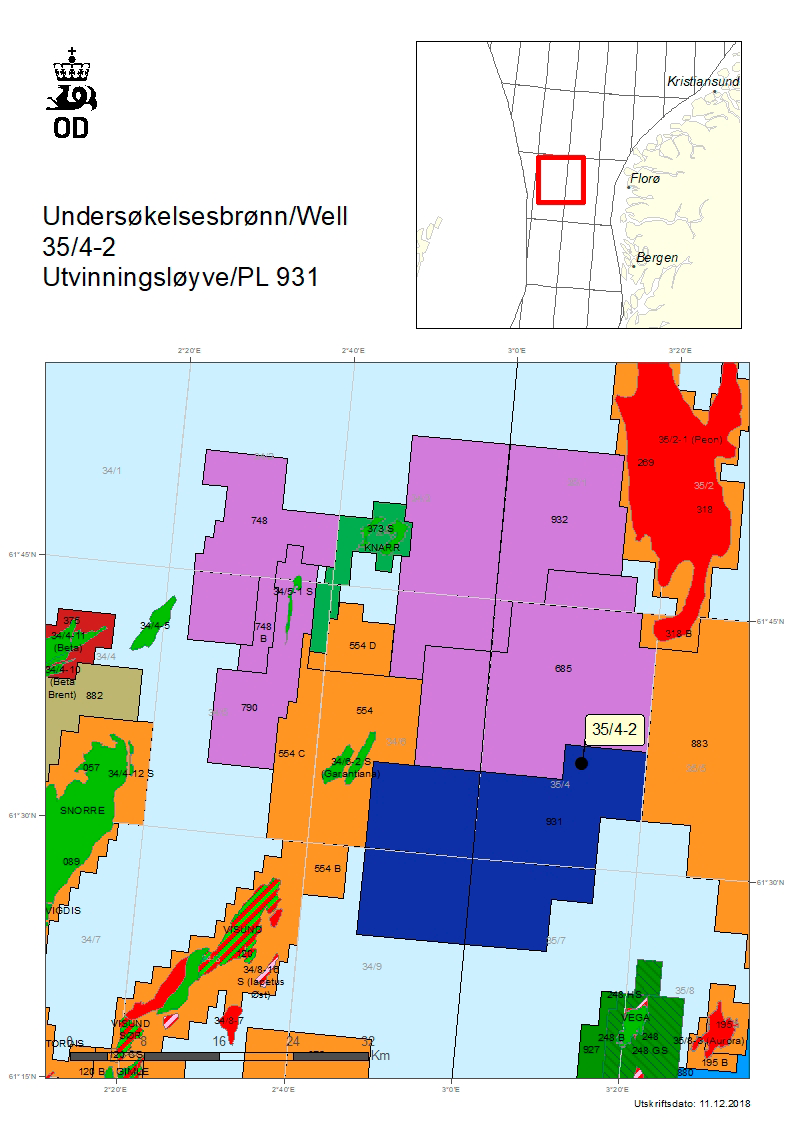