03/04/2019 Equinor Energy AS, operator of production licence 885, has concluded the drilling of wildcat well 36/1-3. The well was drilled about 15 kilometres east of the 35/3-2 (Agat) gas discovery and 55 kilometres northwest of Florø, in the northern part of the North Sea.

The primary and secondary exploration targets for the well were to examine reservoir rocks from the Early Cretaceous Age (upper and lower part of the Agat formation).

Well 36/1-3 encountered the Agat formation with a thickness of about 180 metres, of which 55 metres of reservoir rocks with good to very good reservoir quality. The well is dry.

This is the first exploration well in production licence 885. The licence was awarded in APA2016.

The well was drilled to a vertical depth of 2873 metres below the sea surface, and was terminated in basement rock.

Water depth at the site is 230 metres. The well has been permanently plugged and abandoned.

Well 36/1-3 was drilled by the Transocean Spitsbergen drilling facility, which will now proceed to production licence 870 in the central part of the North Sea to drill wildcat well 25/6-6 S, where Equinor Energy AS is operator. 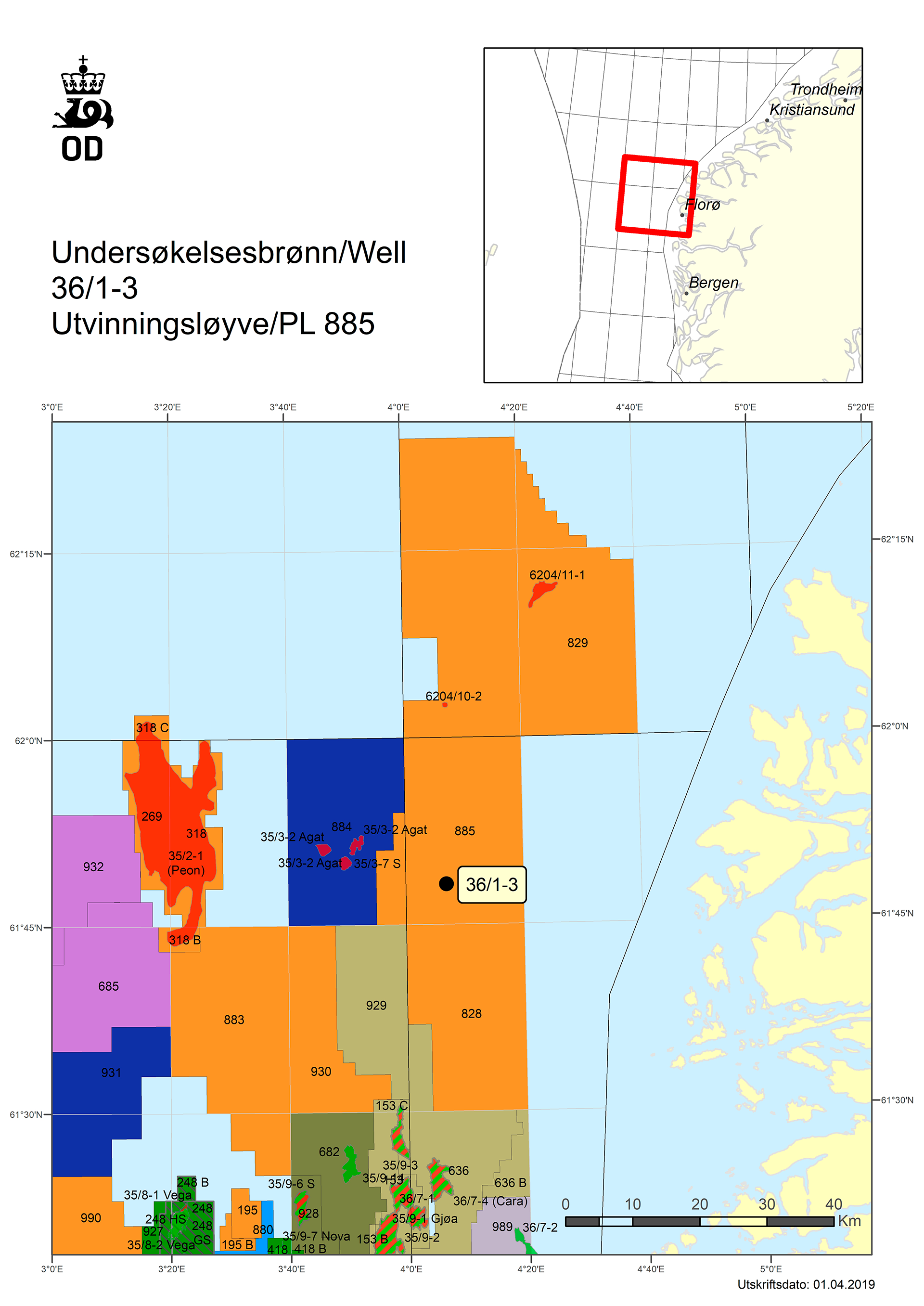