The well was drilled about 22 kilometres south of the Kristin field in the Norwegian Sea and 195 kilometres northwest of Kristiansund.

In the secondary exploration target in the Lange formation, the well encountered several one to five-metre thin gas-bearing sandstone layers, with poor reservoir quality. The uppermost layer has a three-metre gas column. The upper part of the Tilje formation is about 105 metres, whereof 75 metres of effective reservoir rocks with aquiferous sandstones, mainly with poor reservoir quality.

Preliminary estimates place the size of the discovery between one and four million standard cubic metres (Sm3) of recoverable oil equivalents. The licensees will consider tying the discovery to existing infrastructure as regards future phase-in to the Kristin Sør project.

This is the 12th exploration well in production licence 199. The licence was awarded in the 14th licensing round in 1993.

Well 6406/2-9 S was drilled to respective vertical and measured depths of 4880 and 4944 metres below the sea surface, and it was terminated in the Tilje formation in the Lower Jurassic. Water depth at the site is 278 metres. The well will now be permanently plugged and abandoned.

Well 6406/2-9 S was drilled by the West Phoenix drilling facility, which will now drill a wildcat well in the UK sector with Equinor UK Ltd as operator. 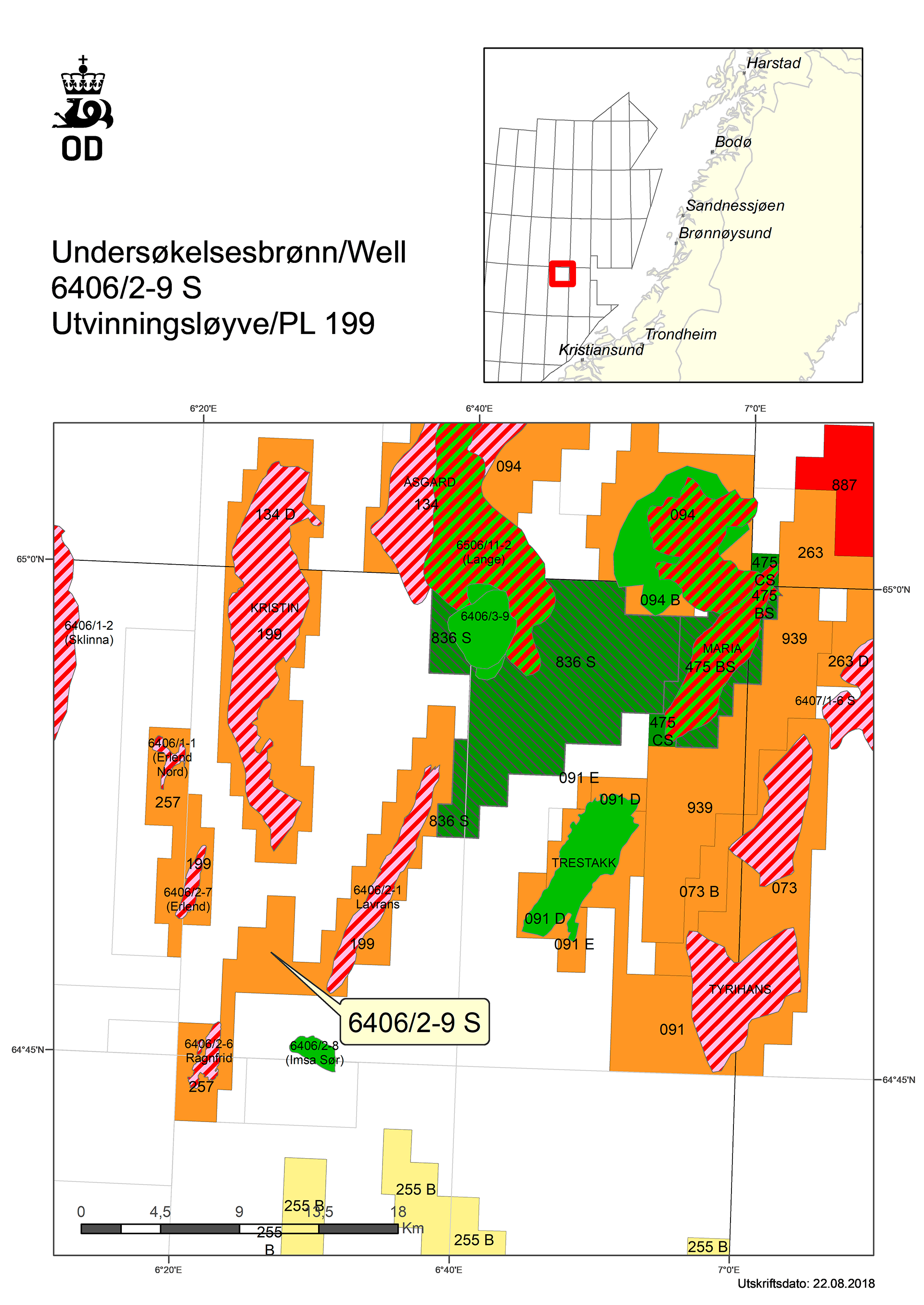