The wells were drilled about 40 km southeast of the Kristin field in the southern part of the Norwegian Sea.

In the primary exploration target, well 6406/6-6 S encountered gas in a sandstone layer of about three metres, as well as traces of gas deeper in the middle part of the Ile formation, with poor reservoir quality. The gas/water contact was not encountered. The Ile formation is about 145 metres thick, of which about 80 metres are sandstone layers. In the Garn formation, there were thin layers of tight sandstone reservoir totalling 20 metres.

The secondary exploration target in the Tofte formation was about 25 metres of aquiferous sandstone reservoir, mainly with poor reservoir quality.

In appraisal well 6406/6-6 A, the Ile formation was thinner, with a total of about 55 metres of sandstone reservoir, and the quality of the reservoir rocks was confirmed. Technical problems made it impossible to conduct measurements that could confirm a gas column. In the Garn formation, there were thin layers of tight sandstone reservoir totalling 25 metres.

Neither of the wells were formation-tested, but extensive data acquisition and sampling have been carried out in well 6406/6-6 S.

Preliminary estimates place the size of the discovery between 0.4 and 2.5 million standard cubic metres (Sm3) of recoverable oil equivalents.

The licensees in production licence 255 B will assess the discovery together with other nearby discoveries and prospects as regards further follow-up.

Water depth is 265 metres. The wells have been permanently plugged and abandoned. 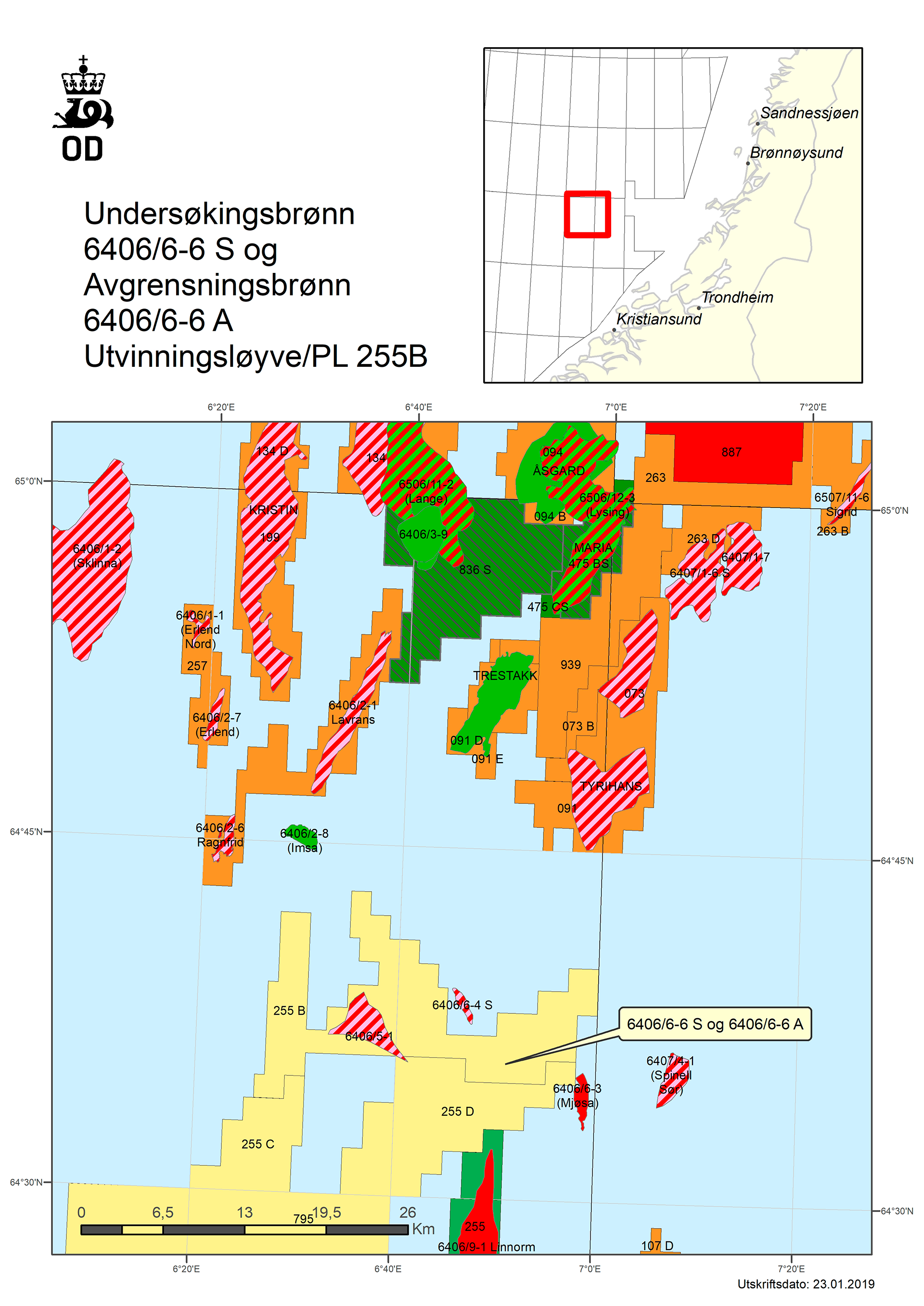