The objective of the well was to prove petroleum in two reservoir levels in the upper Cretaceous (the Nise formation).

This is the first exploration well in production licence 847. The licence was awarded in APA 2015.

Well 6706/6-2 S was drilled to a measured depth of 3876 metres and a vertical depth of 3767 metres below the sea surface, and was terminated in the Upper Cretaceous. Water depth is 1214 metres. The well will now be permanently plugged and abandoned.

Well 6706/6-2 S was drilled by the Transocean Spitsbergen drilling facility, which will now drill wildcat well 36/1-3 in production licence 885 in the northern part of the North Sea, where Equinor is the operator. 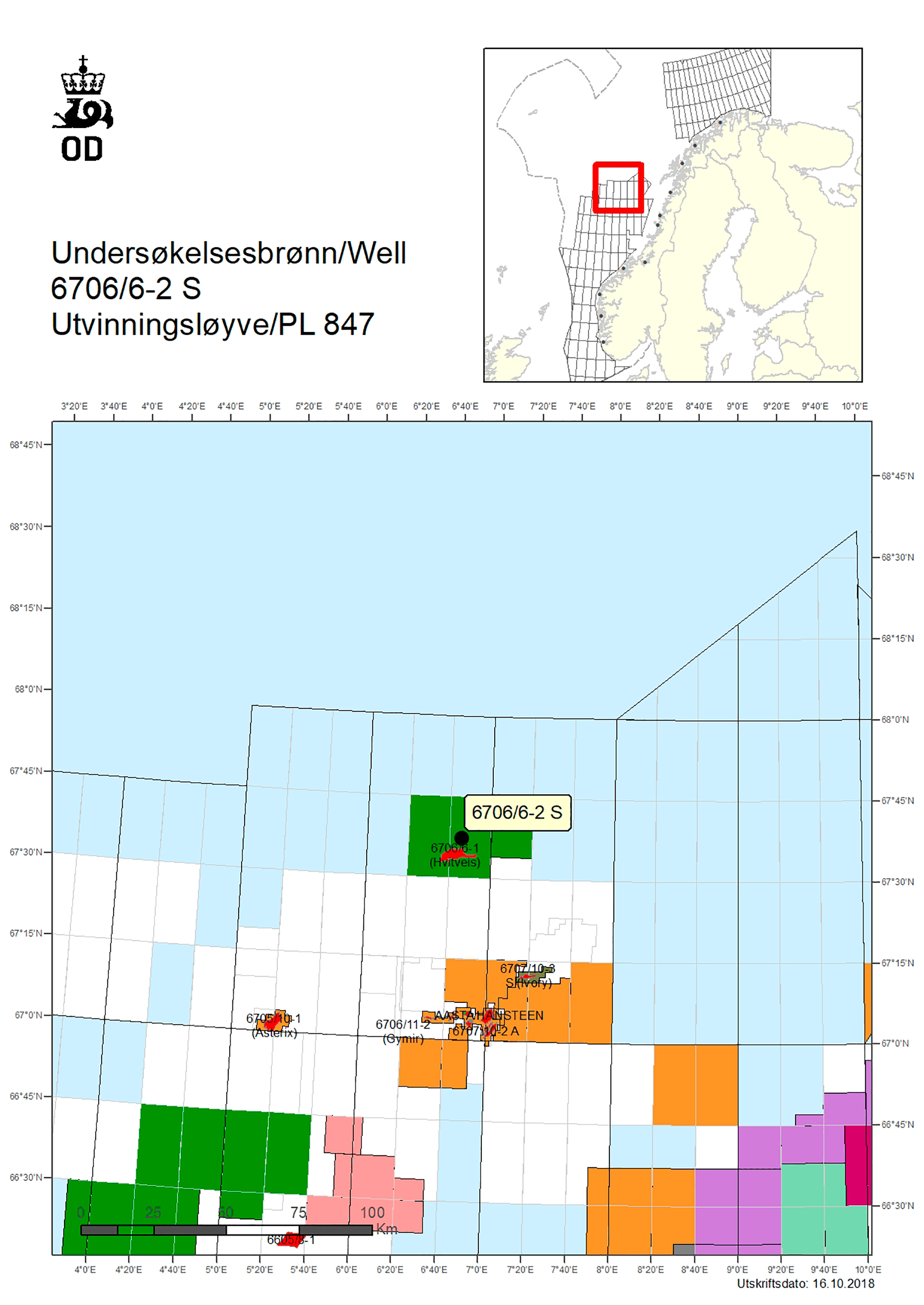