The primary exploration target for the well was to examine reservoir properties and prove petroleum in reservoir rocks from the Early Cretaceous Age (the Kolmule and Knurr formation).

The secondary exploration target was to examine the reservoir potential and properties of reservoir rocks from the Middle Jurassic Age (the Stø formation).

In the Stø formation, the well encountered a sandstone layer of 20 metres with poor reservoir quality. The well is classified as dry.

This is the first exploration well in production licence 767. The licence was awarded in APA 2013.

The well was drilled to vertical and measured depths of the 3335 metres and 3350 metres below the sea surface, and was terminated in the Stø formation from the Middle Jurassic Age.

Water depth at the site is 315 metres. The well will now be permanently plugged and abandoned.

Well 7121/1-2 S was drilled by the Leiv Eiriksson drilling facility, which will now drill wildcat well 16/1-31 S in production licence 338 in the central part of the North Sea, where Lundin Norway AS is the operator. 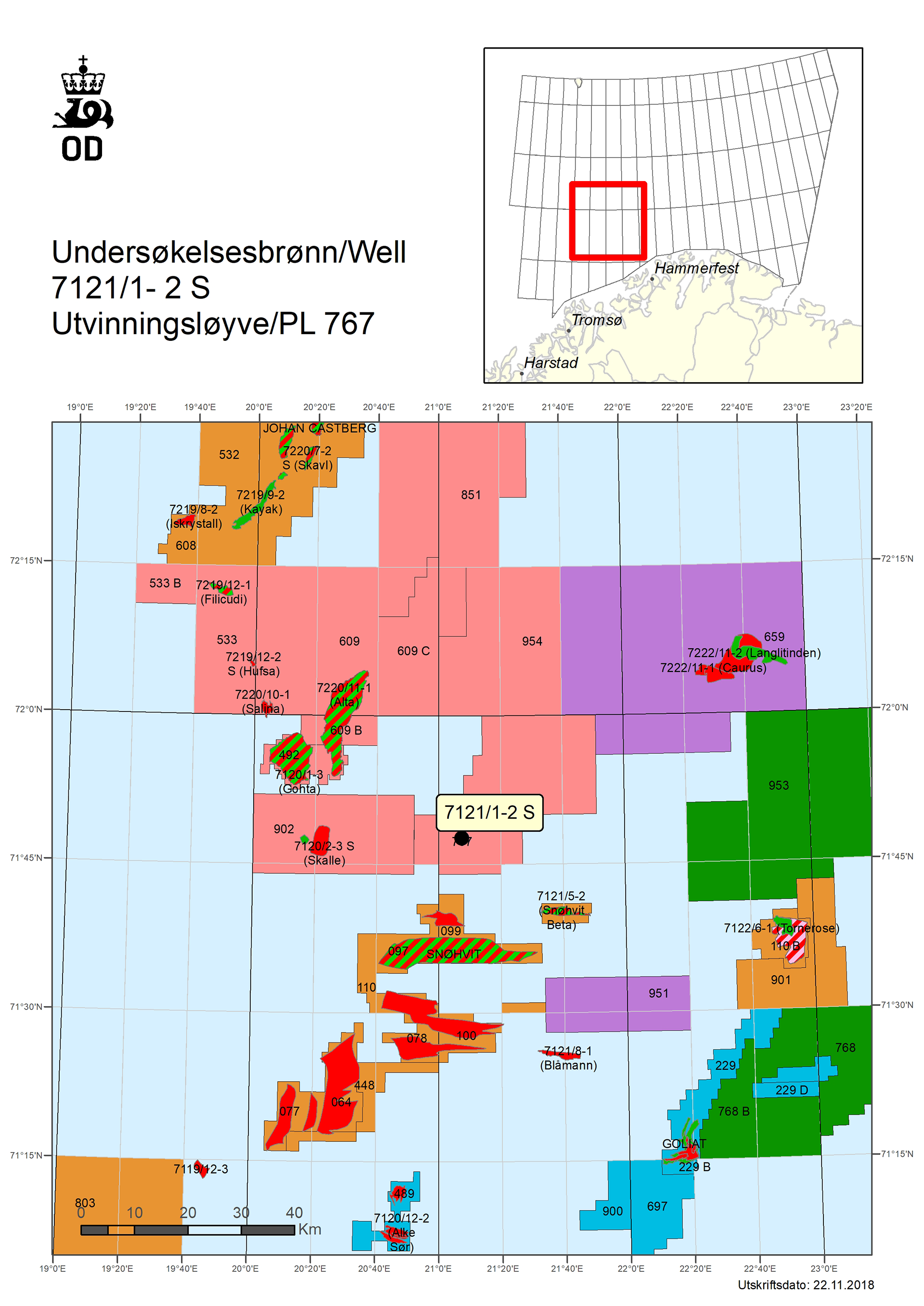 Inviting the industry to a new course

08/02/2023 The Norwegian model is founded on interaction and teamwork between the authorities and the oil and gas industry.
Drilling permit for well 25/4-15

10/01/2023 On 10 January 2023, 25 companies were offered ownership interests in a total of 47 production licences on the Norwegian shelf in the awards in predefined areas (APA) 2022.
Contact
Eldbjørg Vaage Melberg