The well has been drilled about 2 kilometres south of the Goliat floating production, storage and offloading installation (FPSO) in the Barents Sea and 90 km northwest of Hammerfest.

The field produces from reservoir rocks in the Middle Triassic to the Middle Jurassic and was first proven in 2000 with the discovery well 7122/7-1. Prior to the drilling of well 7122/7-7 S, the operator’s resource estimate for the field was 31.5 million standard cubic metres (Sm3) of recoverable oil.

The primary exploration target for the well was to delineate the Goliat field by proving additional resources in Lower Jurassic and Upper Triassic reservoir rocks (the Tubåen and Fruholmen formation in the Realgrunn sub-group). The secondary exploration target was to prove petroleum in Upper Triassic reservoir rocks (the Snadd formation).

The well was not formation-tested, but data acquisition and sampling have been carried out.

Appraisal well 7122/7-7 S was drilled to a vertical depth of 1240 metres below the sea surface, and was terminated in the Snadd formation. This is the 8th exploration well in production licence 229. Water depth at the site is 379 metres. The well will be permanently plugged and abandoned.

The well was drilled by the West Hercules drilling facility, which will now drill wildcat well 7132/2-1 in production licence 857 in the Barents Sea, where Equinor Energy AS is the operator. 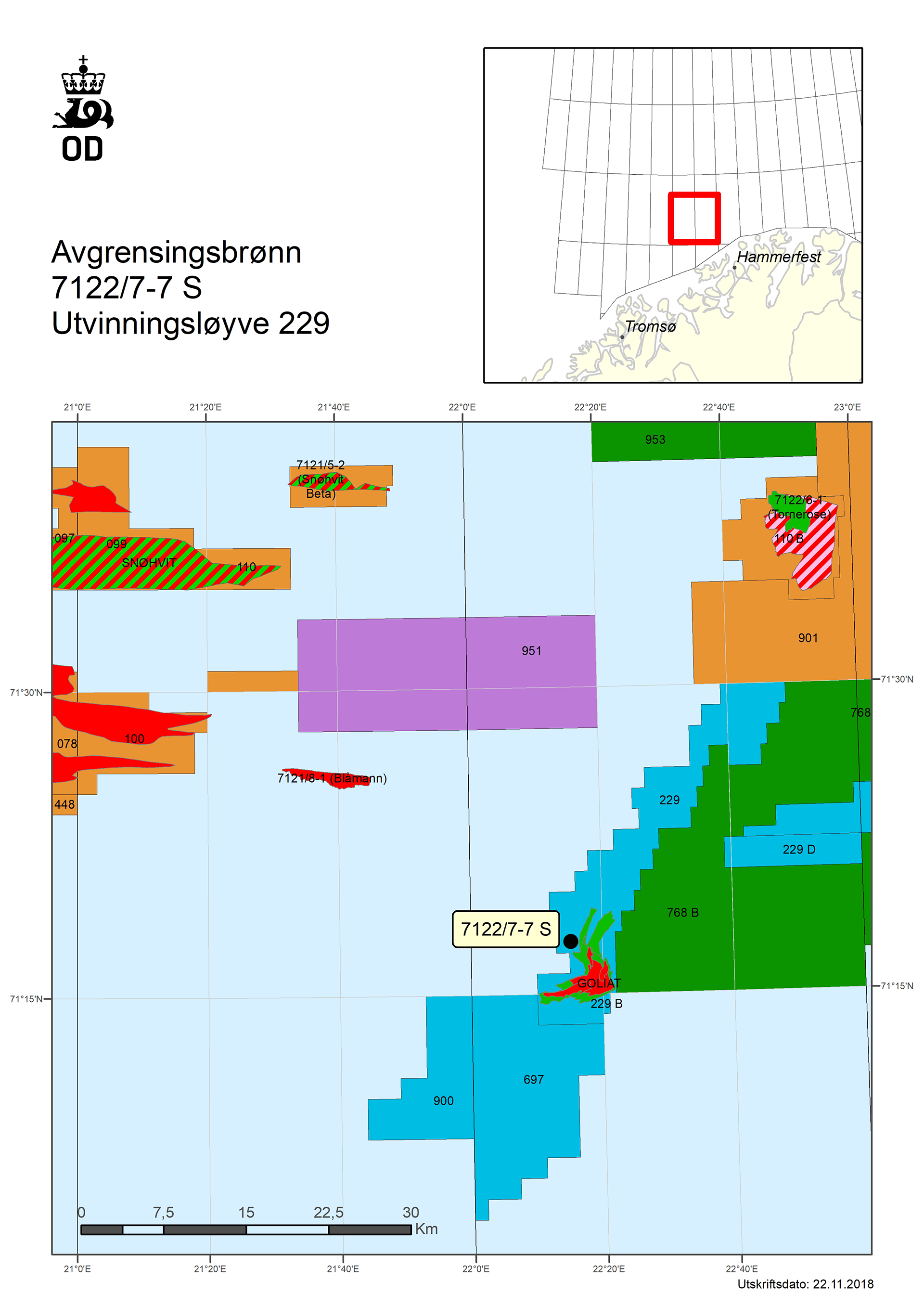