The well was drilled about 175 kilometres north of Vardø, in the southeastern part of the Barents Sea.

No reservoir rocks were encountered in the secondary exploration target in the Lower Cretaceous. In the upper part of the Snadd formation, the well encountered a water-filled sandstone reservoir totalling about 30 metres with moderate to good reservoir quality.

This is the first exploration well in production licence 857. The licence was awarded in the 23rd licensing round in 2016.

Well 7132/2-1 was drilled to a vertical depth of 852 metres below the sea surface and was terminated in the upper part of the Snadd formation in the Late Triassic. Water depth at the site is 293 metres. The well has been permanently plugged and abandoned.

Well 7132/2-1 was drilled by the West Hercules drilling facility, which will now drill wildcat well 7132/2-2 in the same production licence. 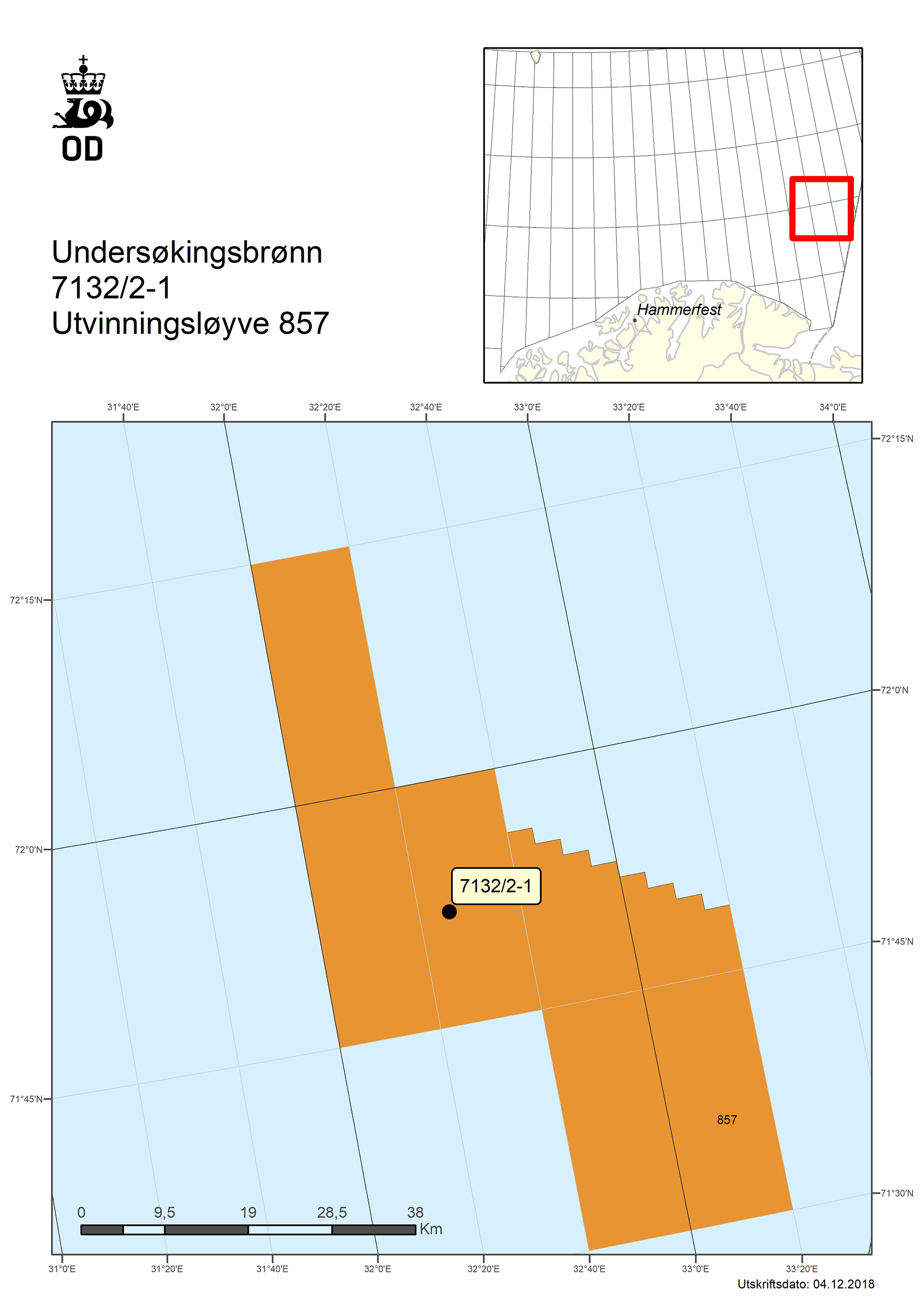