02/04/2019 Equinor Energy AS, operator of production licence 857, has concluded the drilling of wildcat well 7132/2-2. The well was drilled about 175 kilometres north of Vardø, to the southeast in the Barents Sea.

In the secondary exploration target in the lower Havert formation, the well encountered an interval of approx. 110 metres of sandstones with very poor reservoir quality. High measurements of formation gas led to an extension of the well. The objective of the extension was to evaluate potential presence of source rock and underlying reservoir rocks in the Lower Triassic and Upper Permian (the Ørret and Røye formation). No reservoir rocks were encountered in this interval. The well is dry.

Data acquisition and sampling have been carried out. This is the second exploration well in production licence 857. The licence was awarded in the 23rd licensing round in 2016.

Well 7132/2-2 was drilled to a vertical depth of 3496 metres below the sea surface, and was terminated in the Røye formation from the Late Permian Age. Water depth at the site is 304 metres. The well will be permanently plugged and abandoned.

Well 7132/2-2 was drilled by the West Hercules drilling facility which, after maintenance at Polarbase, will drill wildcat well 7335/3-1 in production licence 859 in the Barents Sea, where Equinor Energy AS is operator. 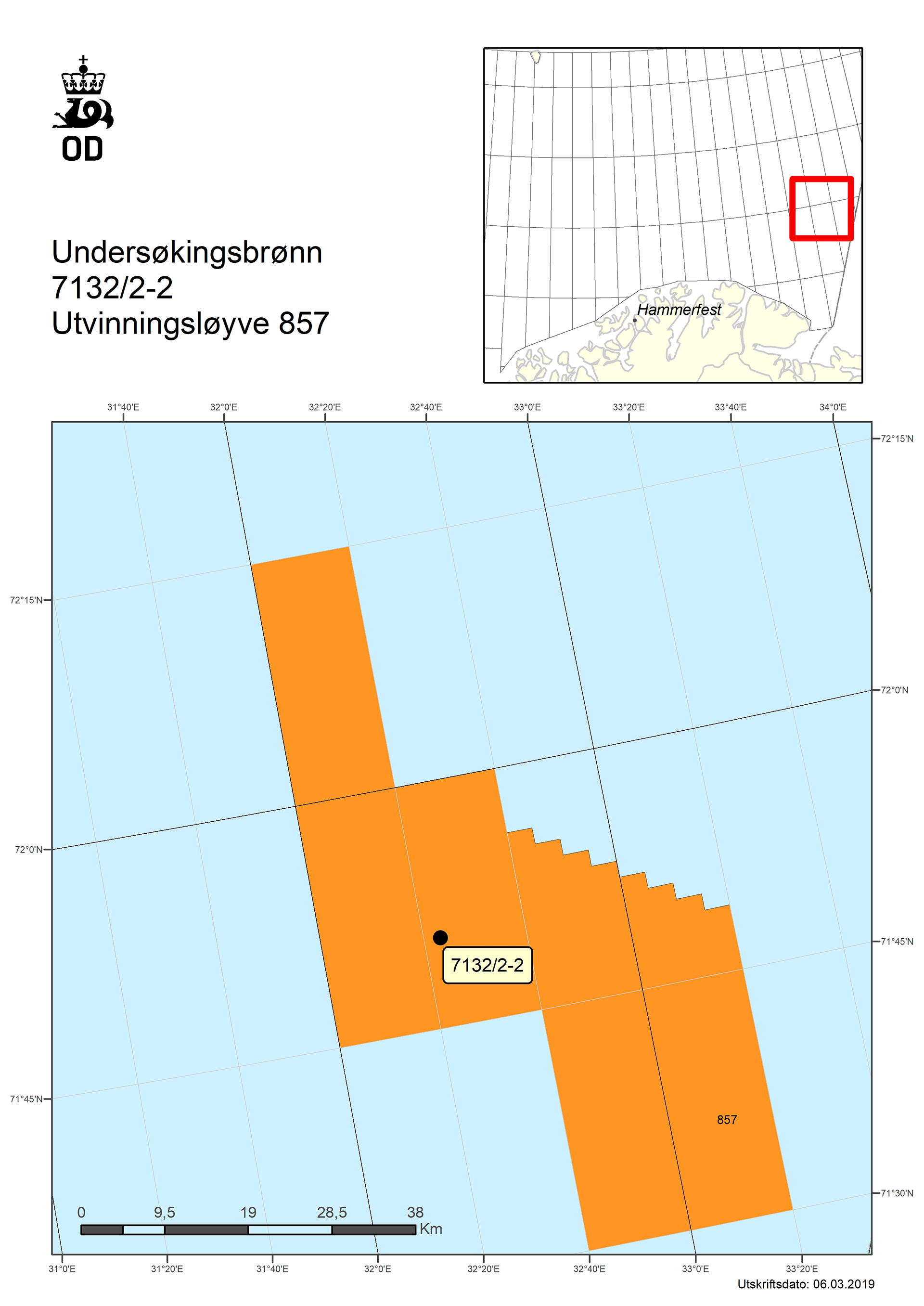