The well was drilled about five kilometres north of the Oda field in the southern part of the North Sea.

The well encountered the Ula formation of about 15 metres, of which effective reservoir rocks in sandstone intervals totalling 7 metres, with poor reservoir properties. In the Upper Jurassic and Triassic intervals, the rocks are tight. The well is dry.

This is the seventh exploration well in production licence 405. The licence was awarded in APA in 2006.

Well 8/10-7 S was drilled to a vertical depth of 2918 metres and 3100 metres measured depth below the sea surface, and it was terminated in the Zechstein group in the Permian.

Water depth at the site is 66 metres. The well will now be permanently plugged and abandoned.

Well 8/10-7 S was drilled by the Maersk Interceptor, which will now drill appraisal well 2/11-12 S in the southern part of the North Sea, more specifically in production licence 033, where Aker BP ASA is the operator. 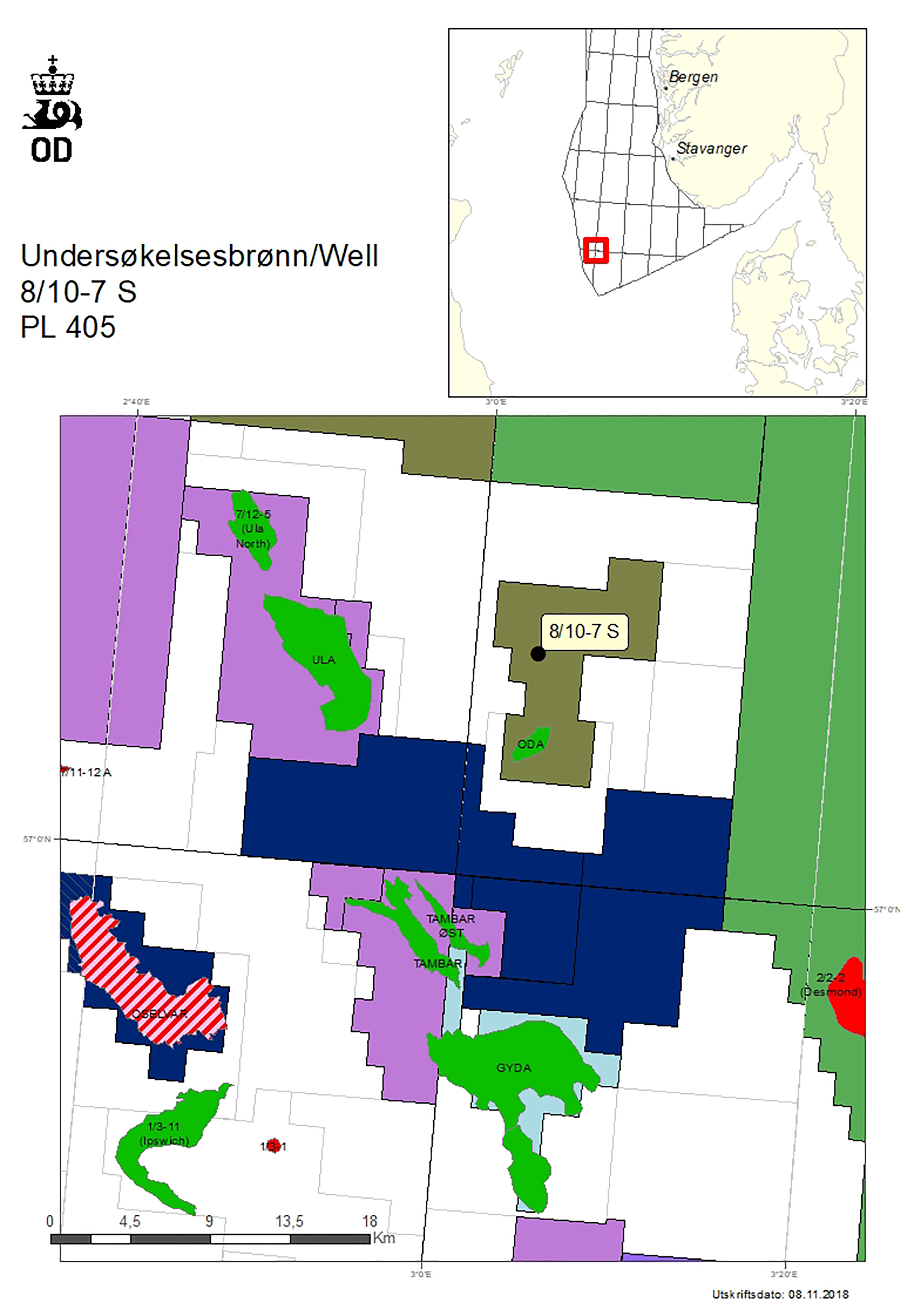