The well was drilled about 30 kilometres southeast of the Troll field in the North Sea and 60 kilometres northwest of Bergen.

The primary exploration target for the well was to prove petroleum in Upper Jurassic reservoir rocks (the Sognefjord Formation).

The secondary exploration target was to prove gas in Middle and Lower Jurassic, as well as Upper Triassic reservoir rocks (the Brent, Dunlin and Statfjord Groups). Another objective of the well was to evaluate the ability of the reservoirs to store CO2.

In the primary exploration target, the well encountered about 155 metres of reservoir rocks in the Sognefjord Formation, with about 115 metres of sandstone of good to very good reservoir quality.

The reservoir quality varied from moderate to very good. The well is dry, without traces of petroleum.

Extensive volumes of data have been collected and samples have been taken, in part to test the sealing capacity of the Draupne Formation in the Upper Jurassic and the storage potential for CO2 in the reservoir rocks.

This is the first exploration well in production licence 921. The licence was awarded in APA 2017.

Well 32/4-3 S was drilled to respective vertical and measured depths of 1969 and 1986 metres below sea level, and it was terminated in the Lunde Formation in the Upper Triassic.

Water depth at the site is 292 metres. The well has been permanently plugged and abandoned.

Well 32/4-3 S was drilled by the West Hercules drilling facility, which will now drill wildcat well 6611/1-1 in production licence 896 in the Norwegian Sea, where DEA Norge AS is the operator. 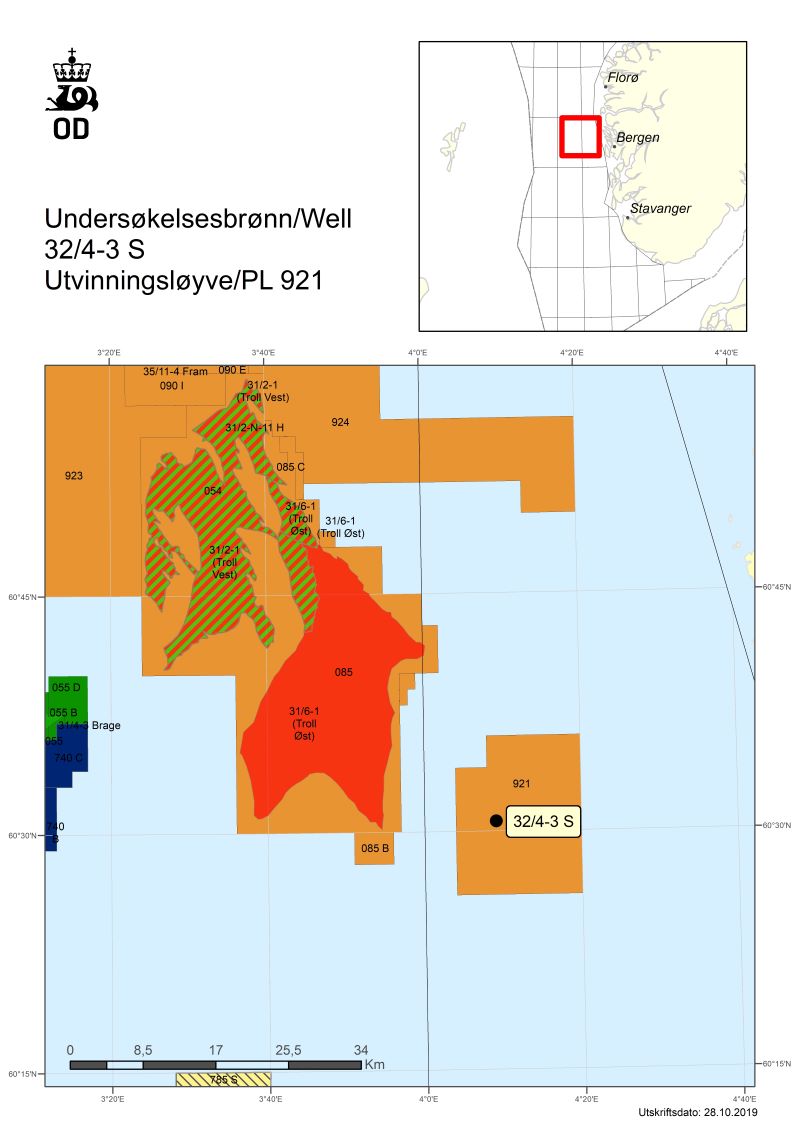 15/09/2021 The authorities have received applications from 31 companies in the Awards in Predefined Areas (APA) 2021.
Contact
Eldbjørg Vaage Melberg