The well was drilled on the Utsira High, about 14 kilometres south of the Grane field and 190 kilometres west of Stavanger in the central part of the North Sea.

Well 25/11-29 S encountered the Statfjord group with a thickness of about 100 metres, of which 65 metres is reservoir rocks with good reservoir quality. The well did not encounter the Heimdal formation.

Data has been acquired and samples have been taken.

This is the first exploration well in production licence 916. The licence was awarded in APA 2017.

The well was drilled to vertical and measured depths below the sea surface of 2233 and 2283 metres respectively, and was terminated in the Zechstein group of Permian age.

Water depth at the site is 121 metres. The well will now be permanently plugged and abandoned.

Well 25/11-29 S was drilled by the Deepsea Stavanger drilling facility, which will now proceed to production licence 777 in the central part of the North Sea to drill wildcat well 15/6-16 S, where Aker BP is the operator. 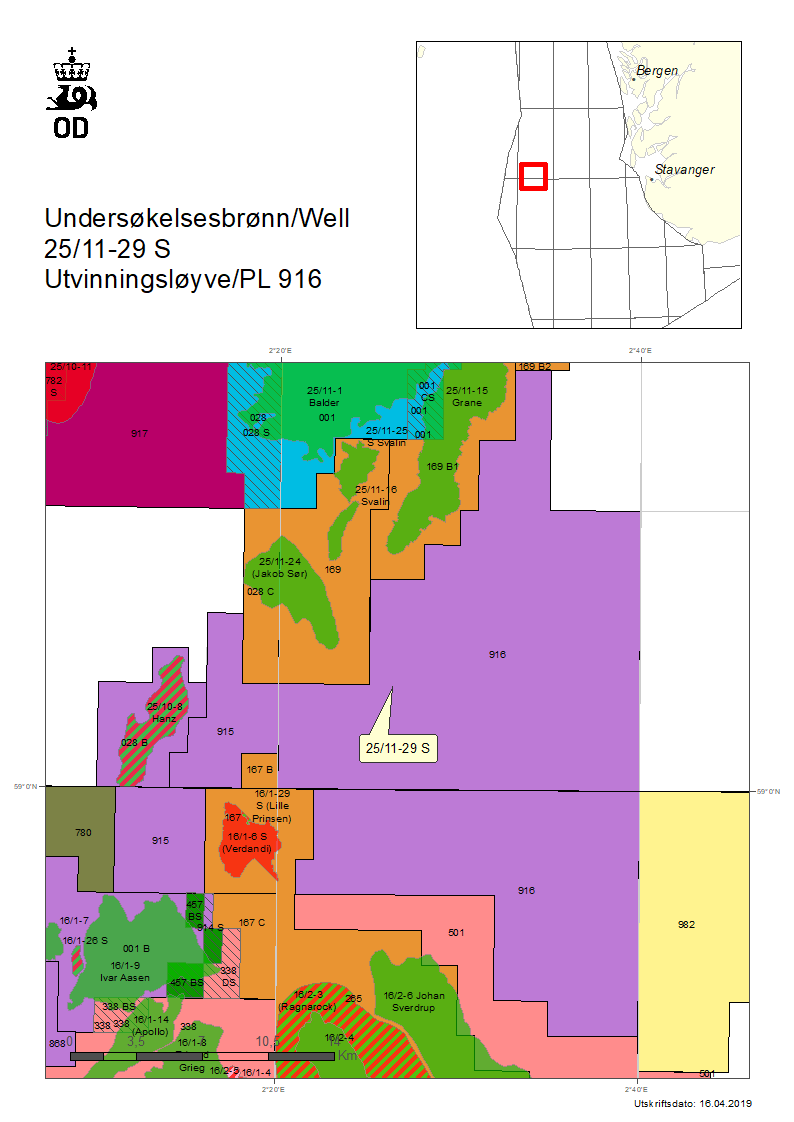