The field was proven in 1984 in Middle to Upper Jurassic reservoir rocks (the Garn and Rogn Formation) and started production in 1993. The objective of the well was to further delineate the field toward the east in the Rogn Formation.

The well encountered the Rogn Formation in about 45 metres, whereof several thin clay-rich sandstone layers totalling 15 metres with poor reservoir quality. The reservoir rocks contain no traces of petroleum. The well is dry. Based on the well result, the licensees will continue to assess the possibility of migration of petroleum and prospectivity for the Rogn Formation in the area.

Data has been collected.

This is the first exploration well in production licence 093 D. The licence was awarded in APA 2013.

Well 6407/9-12 was drilled to a vertical depth of 1742 metres below sea level, and was terminated in the Garn Formation in the Middle Jurassic.
Water depth at the site is 243 metres. The well will be permanently plugged and abandoned.

The well was drilled by the Deepsea Nordkapp drilling facility, which will now continue drilling a development well on the Skogul field in the central part of the North Sea, where Aker BP ASA is the operator. 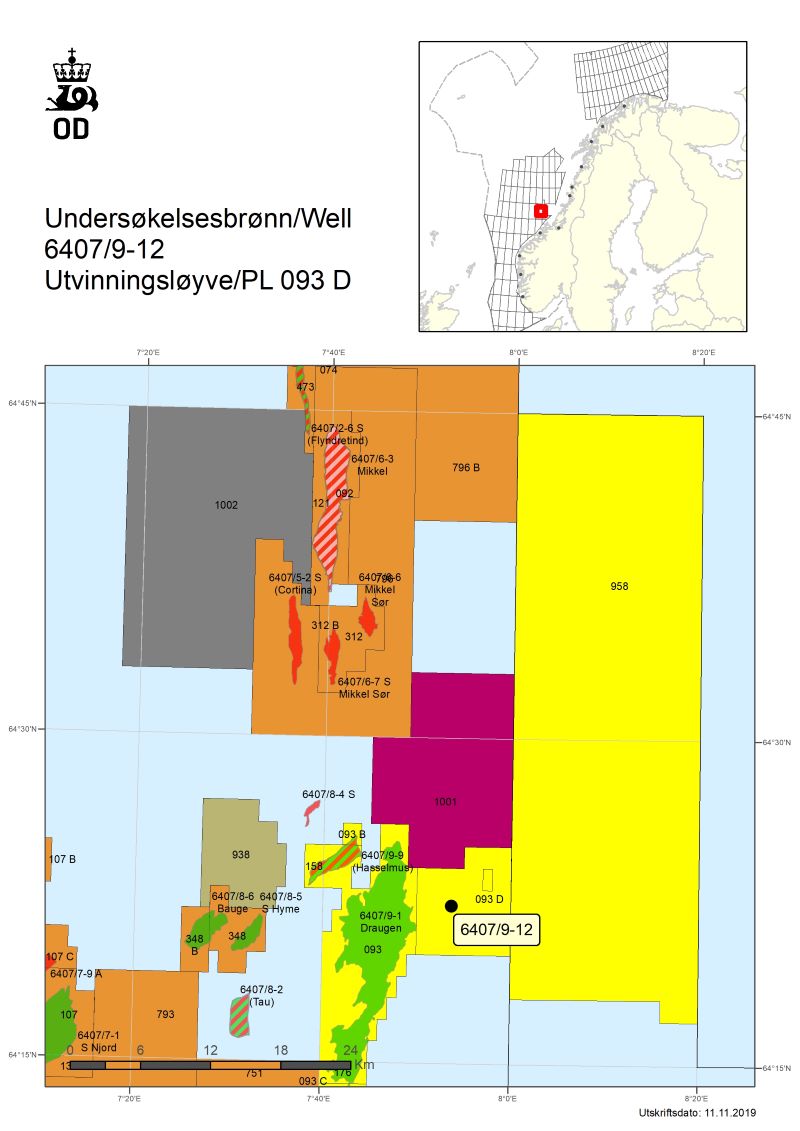