The wells were drilled about 1.5 kilometres west-southwest of the Hod field in the southern part of the North Sea and 350 kilometres southwest of Stavanger.

The Hod field was proven in Upper Cretaceous reservoir rocks (the Hod formation) in 1974 and produced up to 2013. The current licensees are considering whether the field should be redeveloped. Before the appraisal well was drilled, the operator’s resource estimate for the discovery was between 6 and 12 million standard cubic metres (Sm3) of oil.

In the primary exploration target in the Hod formation, a limestone interval of about 120 meters with poor reservoir properties was encountered. There were traces of oil in the limestone rocks.

In the secondary exploration target in the Hordaland group, 200 metres of reservoir rocks with poor reservoir properties and traces of oil were encountered. The appraisal well is classified as dry. Preliminary estimates of the size of the Hod field are within the range of uncertainty prior to drilling. A new resource estimate is being prepared.

Extensive data acquisition and sampling have been carried out in the wells.

These are the 10th and 11th exploration wells in production licence 033. The licence was awarded in Round 2_A in 1969.

Water depth at the site is 70.5 metres. The wells have now been permanently plugged and abandoned.

The wells were drilled by the Maersk Interceptor drilling facility, which will now drill two development wells on the Ivar Aasen field in the central part of the North Sea, where Aker BP ASA is the operator. 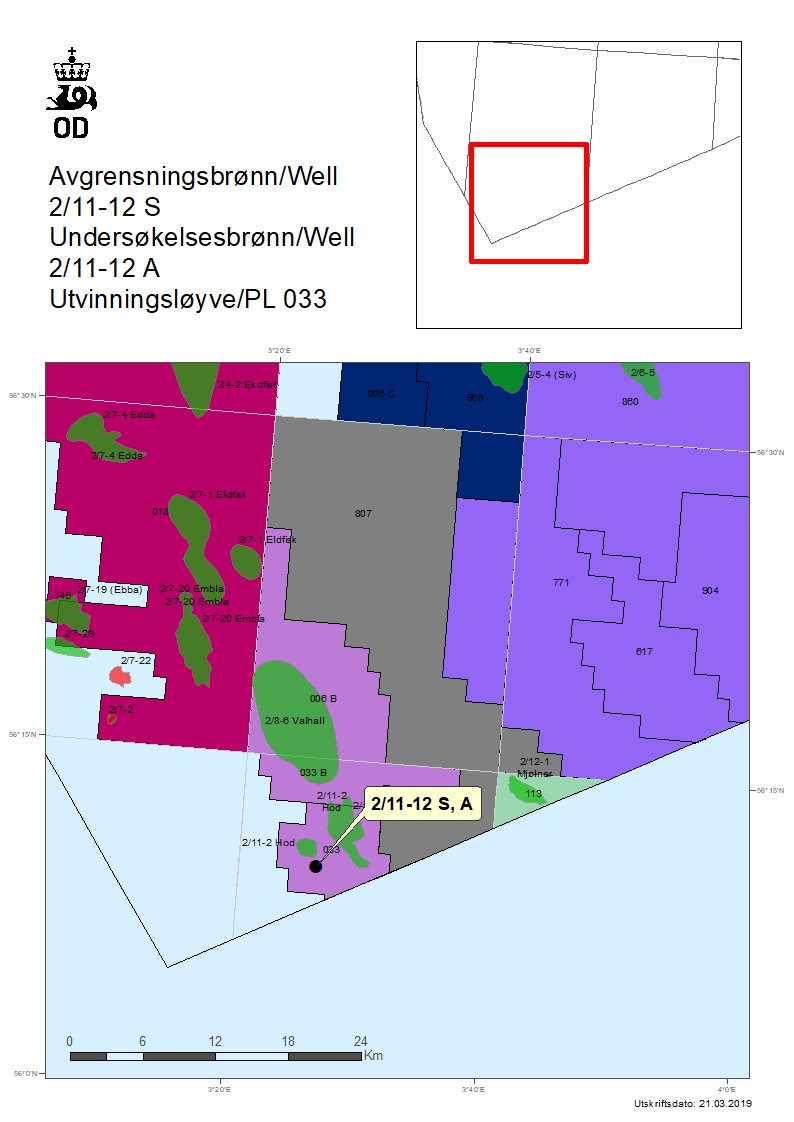