The well was drilled about 3 kilometres southwest of the Fram field in the northern part of the North Sea and 120 kilometres northwest of Bergen.

The discovery was proven in November 2019 in two sandstone intervals in Upper Jurassic reservoir rocks (the Sognefjord Formation), as well as in the secondary exploration target in the Brent Group.

The operator’s resource estimate prior to drilling of the appraisal well was between 6 and 16 million standard cubic metres (Sm3) of recoverable oil equivalent.

The well encountered water in both sandstone intervals in the Sognefjord Formation. The uppermost has sandstone layers of about 40 metres with reservoir quality varying from good to very good, as in the 35/11-23 discovery well. The oil/water contact was proven on the basis of pressure data. The other sandstone interval has sandstone layers of about 30 metres with good to very good reservoir quality. The well is dry.

Preliminary estimates place the size of the discovery between 7 and 16 million standard cubic metres (Sm3) of recoverable oil equivalent. The licensees will consider tying the discovery into existing infrastructure in the Troll-Fram area.

This is the 17th exploration well in production licence 090. The licence was awarded in the 8th licensing round in 1984.

Well 35/11-23 A was drilled to a vertical depth of 2629 metres and a measured depth of 2853 metres below sea level, and was terminated in the Viking Group in the Upper-Middle Jurassic.

Water depth at the site is 350 metres. The well has been permanently plugged and abandoned.

Well 35/11-23 A was drilled by the Deepsea Atlantic drilling facility, which will now drill production wells on the Snøhvit field in production licence 064 in the Barents Sea, where Equinor Energy AS is the operator. 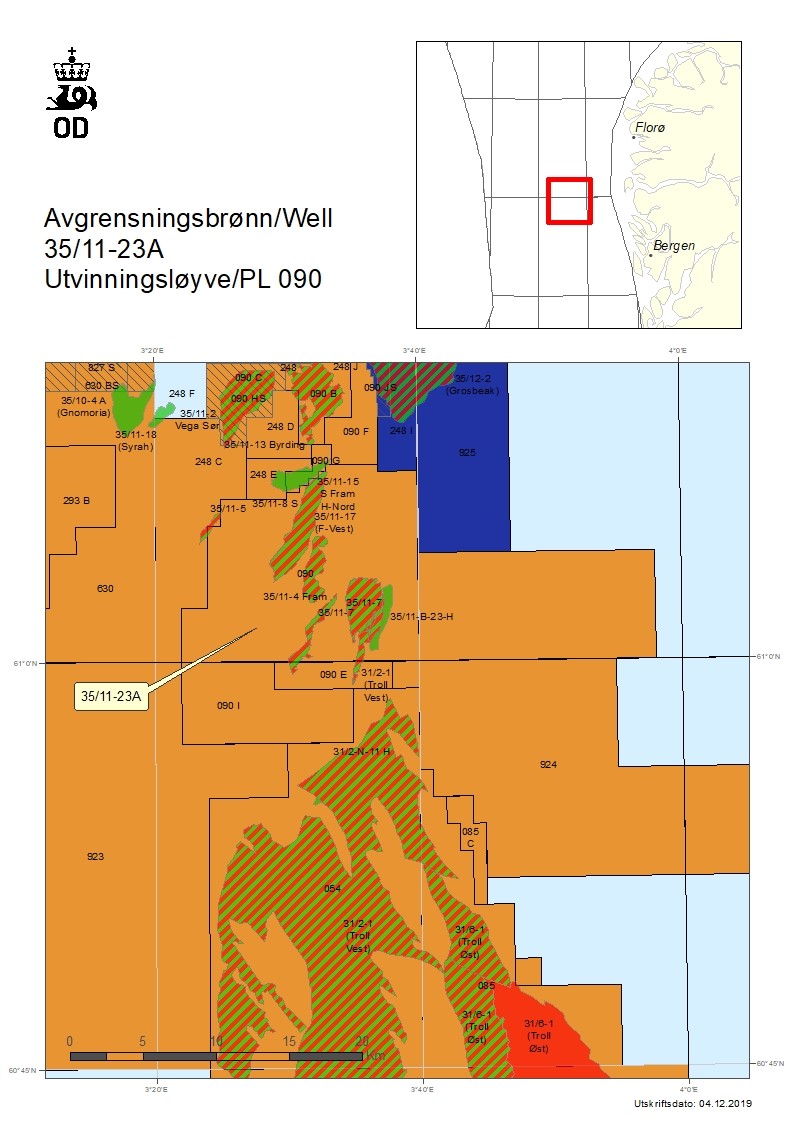