The well was drilled about 15 kilometres north-east of the Gina Krog field and 225 kilometres west of Stavanger. The well is dry.

This is the first exploration well in production licence 814, which was awarded in APA 2015.

The well was drilled to a vertical depth of 3761 metres below the sea surface, and was terminated in the Skagerrak formation.

Water depth at the site is 109 metres. The well will now be permanently plugged and abandoned.

Well 15/6-15 was drilled by the Deepsea Stavanger drilling facility, which will now proceed to production licence 777 in the central part of the North Sea to continue drilling wildcat well 15/6-16 S, where Aker BP is the operator. 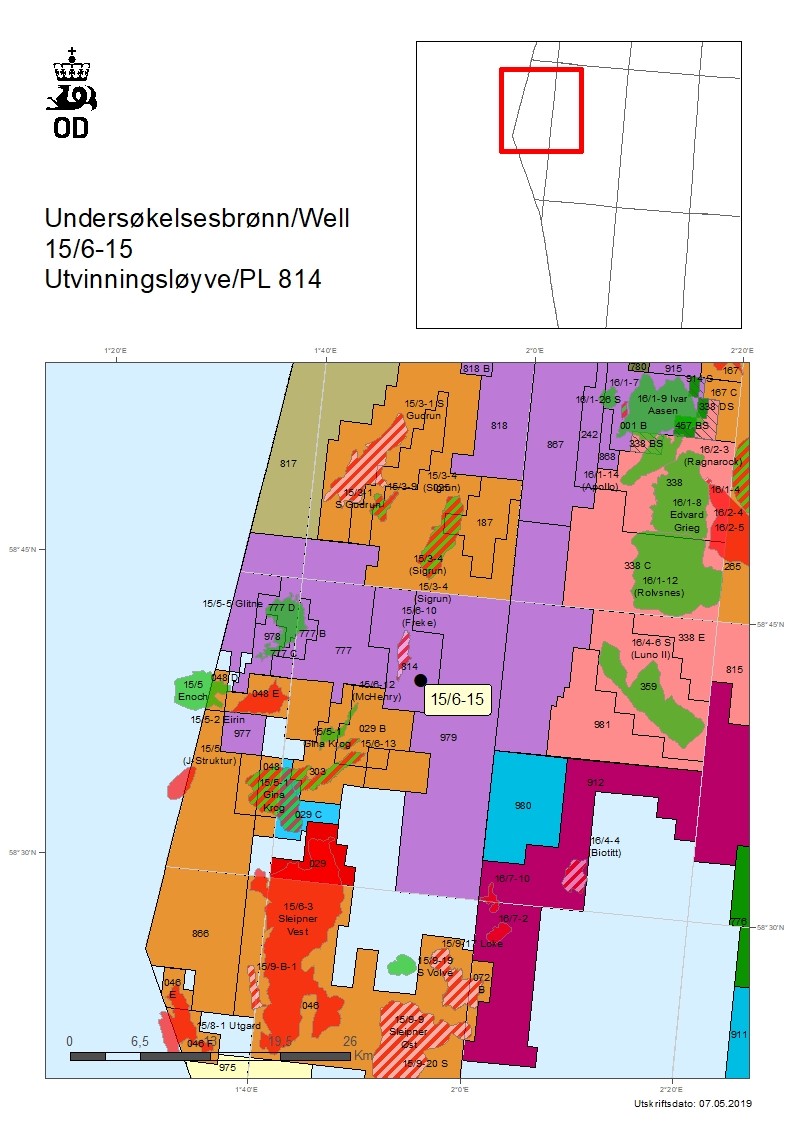