The well has been drilled about 8 kilometres southeast of the 7435/12-1 (Korpfjell) gas discovery in the Barents Sea, and about 435 kilometres north of Vardø.

In the primary exploration target in the Havert formation, as well as in the overlying Klappmyss formation (from the Early to Middle Triassic Age), the well encountered sandy, but mainly tight intervals.

Sandy zones were encountered in the secondary exploration target in the Kobbe formation over an interval of about 125 metres, these were also mainly tight. In the Snadd formation, sandy intervals were encountered with poor reservoir quality. Some thin sandstone layers in the Triassic revealed traces of gas.

The Realgrunnen subgroup (from the Late Triassic to Middle Jurassic Age) was not an exploration target for the well, but around 170 metres of sandstone reservoir of moderate to good quality were proven. The well is classified as dry.

Data has been collected and samples have been taken.

This is the second exploration well in production licence 859. The licence was awarded in the 23rd licensing round in 2016.

Well 7335/3-1 was drilled to a vertical depth of 4268 metres below the sea surface, and it was terminated in the lower part of the Havert formation.
Water depth at the site is 239 metres. The well has been permanently plugged and abandoned.

Well 7335/3-1 was drilled by the West Hercules drilling facility, which will now drill wildcat well 7324/6-1 in production licence 855 in the Barents Sea, where Equinor Energy AS is the operator. 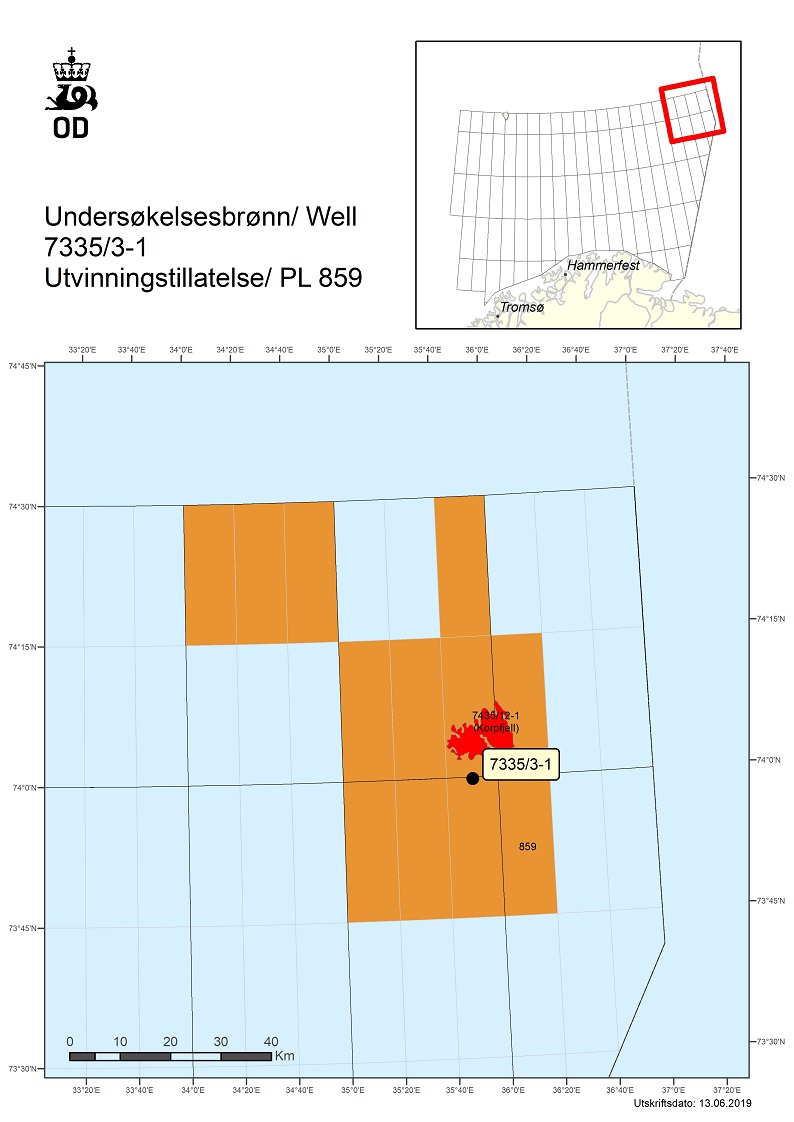