The well was drilled about seven kilometres southwest of the Trym field on the eastern side of the Mandal High, about two kilometres north of the border with Denmark.

The primary and secondary exploration targets for the well were to prove petroleum in reservoir rocks in the Permian and Middle Jurassic (the Rotliegende group and the Vestland group, respectively).

No reservoir rocks were encountered in the Rotliegende group. In the upper part of the Vestland group, the well encountered thin, mainly tight sandstone layers with indications of petroleum.

Data has been acquired and samples have been taken. The well is dry.
This is the second exploration well in production licence 539, which was awarded in APA 2009.

The well was drilled to respective vertical and measured depths of 3670 metres and 3840 metres below the sea surface, and was terminated in the Permian. Water depth at the site is 66 metres.

The well will now be permanently plugged and abandoned.
Well 3/7-11 S was drilled by the Rowan Viking drilling facility, which will now be temporarily laid up. 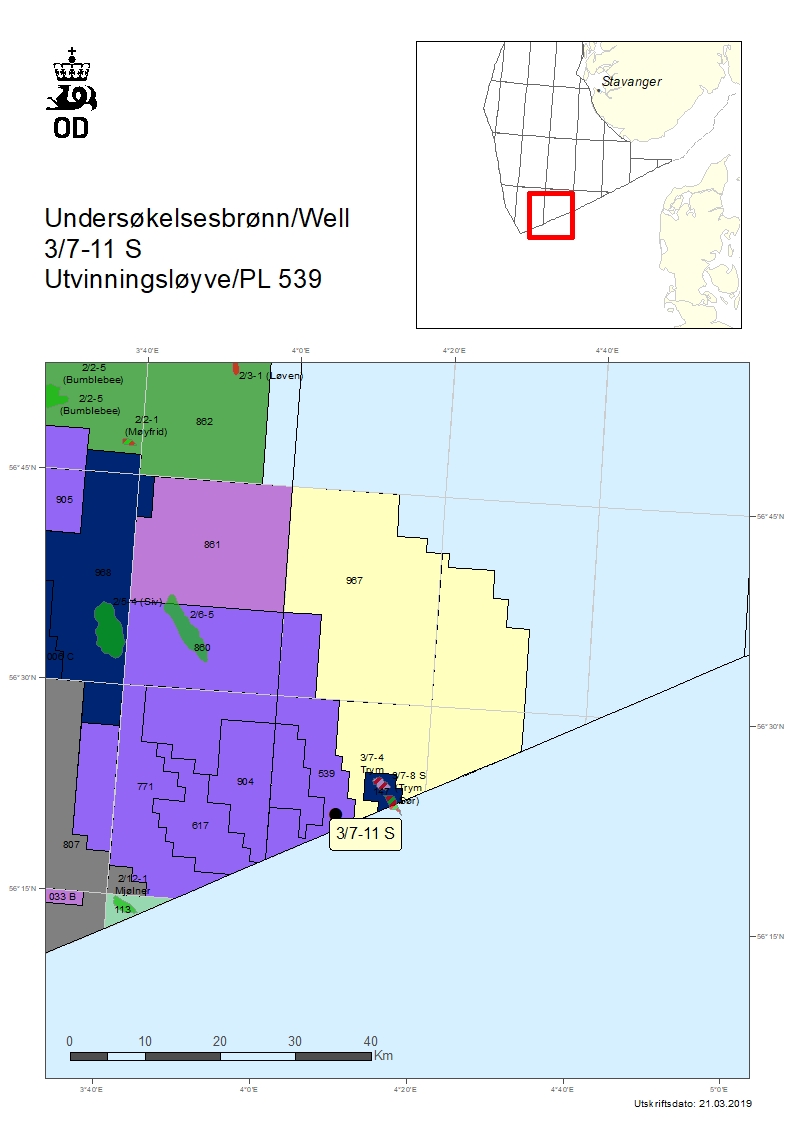