15/10/2019 Repsol Norge AS, operator of production licence 910, is in the process of completing the drilling of wildcat well 9/2-12. The well is being drilled about six kilometres northeast of the Yme field centre in the North Sea.

The objective of the well was to prove petroleum in Middle Jurassic reservoir rocks (the Sandnes formation).

Well 9/2-12 encountered about 130 metres of reservoir rocks in the Sandnes formation, of which about 50 metres of sandstone with poor to moderate quality. The well is dry, without traces of petroleum.

Data has been collected in the well.

This is the first exploration well in production licence 910. The licence was awarded in APA 2017.

Well 9/2-12 was drilled to a vertical depth of 3121 metres below the sea surface, and it was terminated in the Bryne formation in the Middle Jurassic.

Water depth at the site is 99 metres. The well will now be permanently plugged and abandoned.

Well 9/2-12 was drilled by the Scarabeo 8 drilling facility, which is now going to a shipyard. 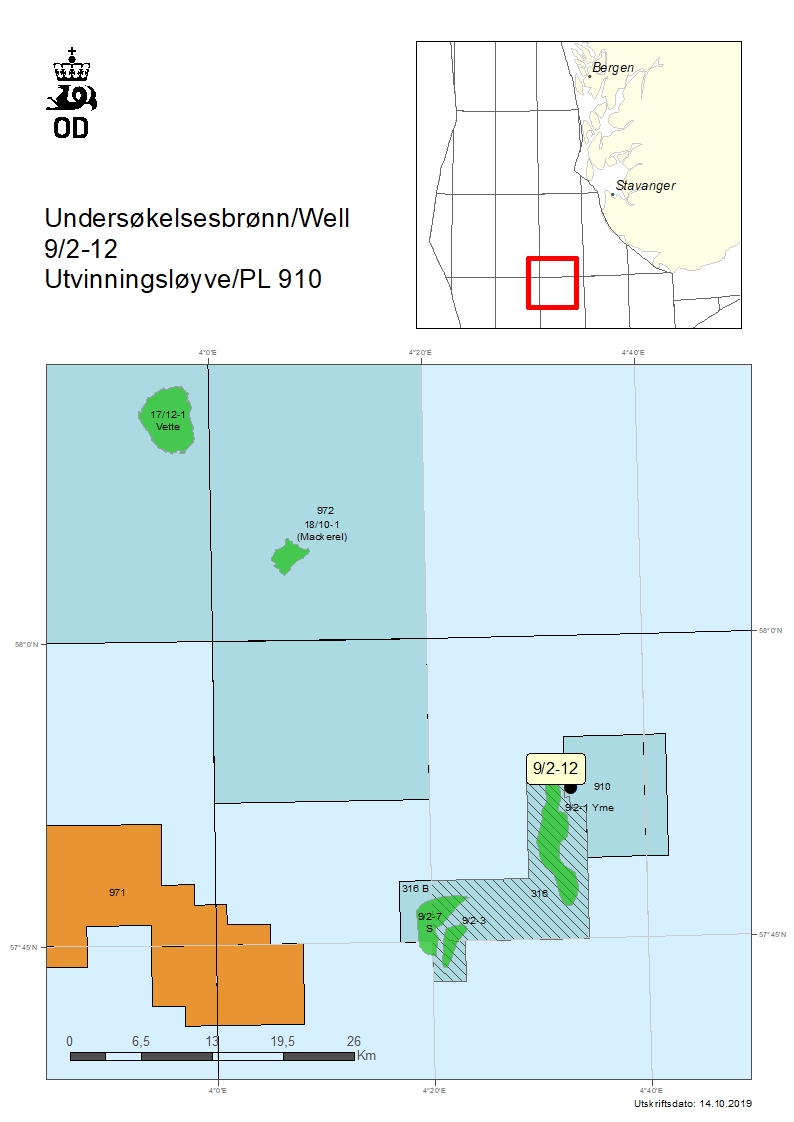