27/06/2019 Aker BP ASA, operator of production licence 777, has completed the drilling of wildcat well 15/6-16 S. The well was drilled about 10 kilometres north of the Gina Krog field and 220 kilometres west of Stavanger in the central part of the North Sea.

This is the first exploration well in production licence 777. The licence was awarded in APA 2015.

The well was drilled to respective vertical and measured depths below the sea surface of 4162 and 4173 metres, and was terminated in the Skagerrak Formation from the Late Triassic Age.

Water depth at the site is 116 metres. The well will now be permanently plugged and abandoned.

Well 15/6-16 S was drilled by the Deepsea Stavanger drilling facility, which will now proceed to production licence 442 in the central part of the North Sea to drill wildcat well 25/2-20, where Aker BP is the operator. 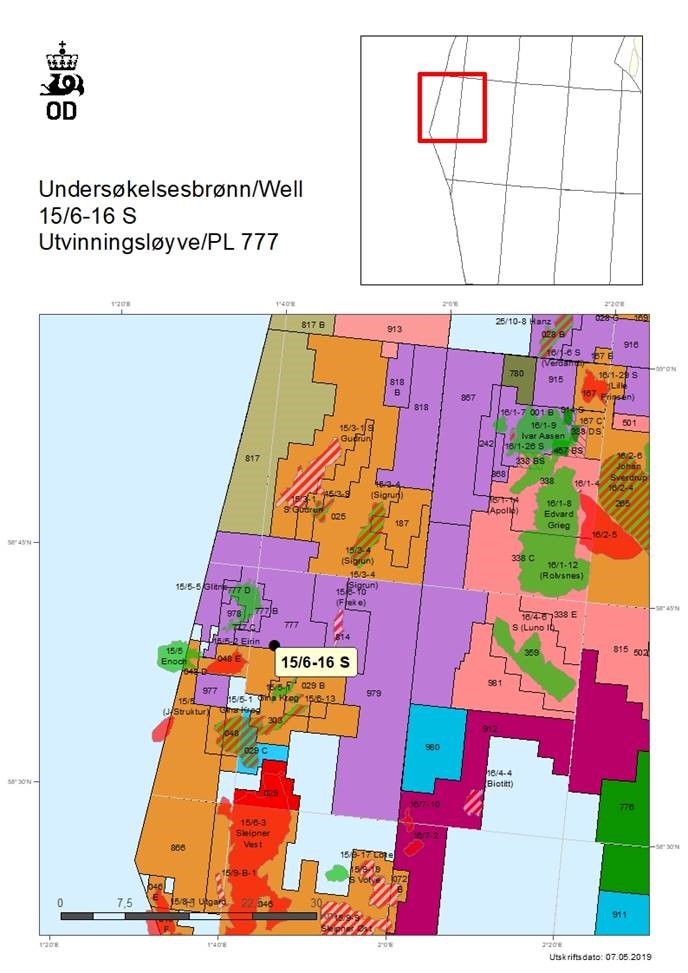