The well was drilled about 65 kilometres northeast of the Norne field and 170 kilometres west of Sandnessjøen.

The objective of the well was to prove petroleum in reservoir rocks from the Permian Age.

The well is dry. Extensive volumes of data have been collected.

This is the first exploration well in production licence 762, which was awarded in APA 2013.

Well 6608/6-1 was drilled to a vertical depth of 2724 metres below the sea surface, and was terminated in the Zechstein Group from the Permian Age. Water depth at the site is 288 metres. The well has now been permanently plugged and abandoned.

Well 6608/6-1 was drilled by the Deepsea Stavanger drilling facility, which has now started drilling of wildcat well 30/12-2 in production licence 986 in the North Sea, where Aker BP ASA is the operator. 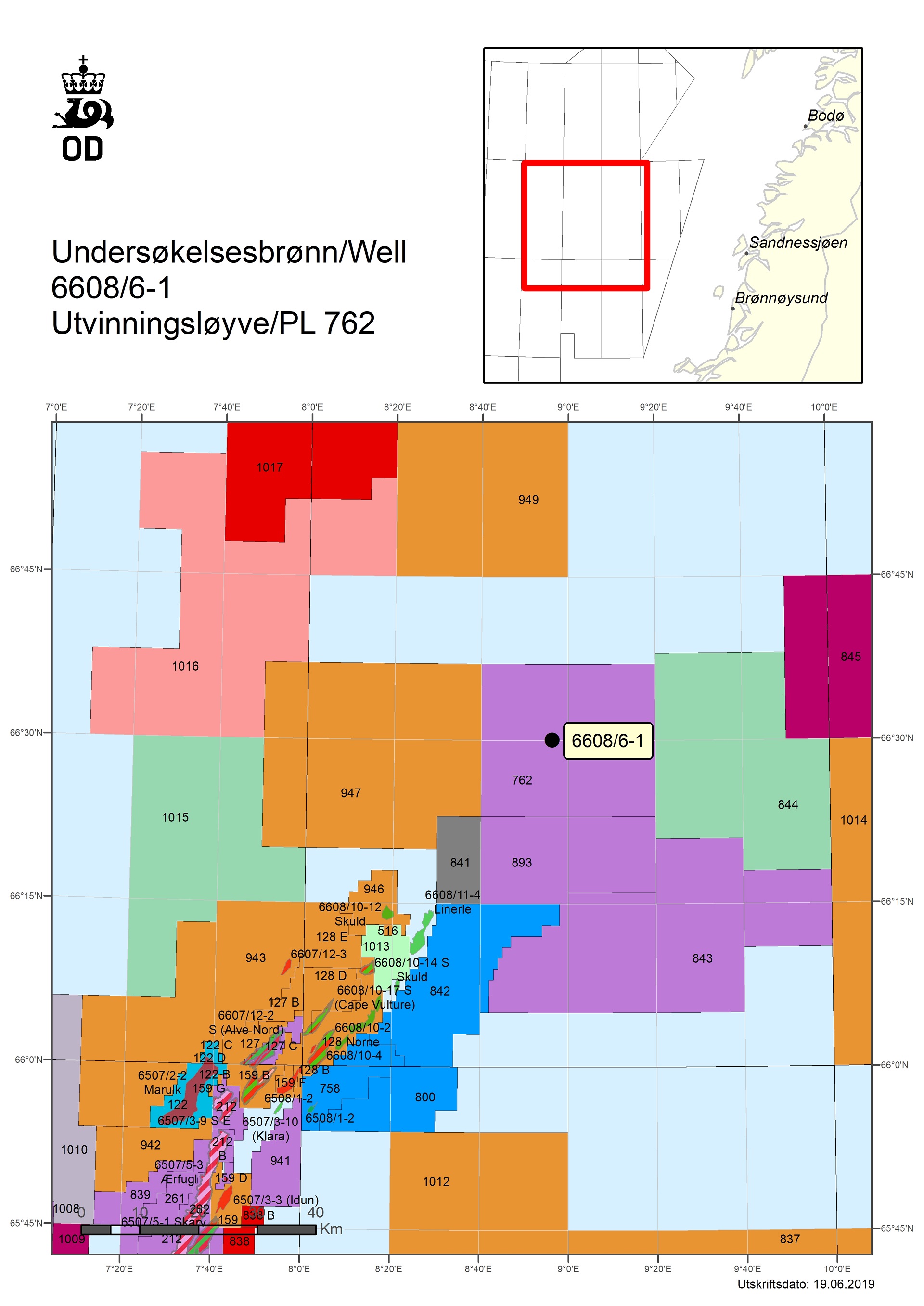