The well was drilled about 70 kilometres south of the Oseberg field centre and 160 kilometres west of Bergen in the northern part of the North Sea.

The objective of the well was to prove petroleum in Middle Jurassic reservoir rocks (the Tarbert and Ness formation).

Data acquisition has been conducted.

This is the first exploration well in production licence 986, which was awarded in APA 2018.

The well was drilled to a vertical depth below the sea surface of 3173 metres, and was terminated in the Ness formation in the Middle Jurassic.
Water depth at the site is 105 metres. The well has been permanently plugged and abandoned.

Well 30/12-2 was drilled by the Deepsea Stavanger drilling facility, which is now drilling appraisal well 25/4-14 S on the Alvheim field in the central part of the North Sea in production licence 036 C, where Aker BP ASA is the operator. 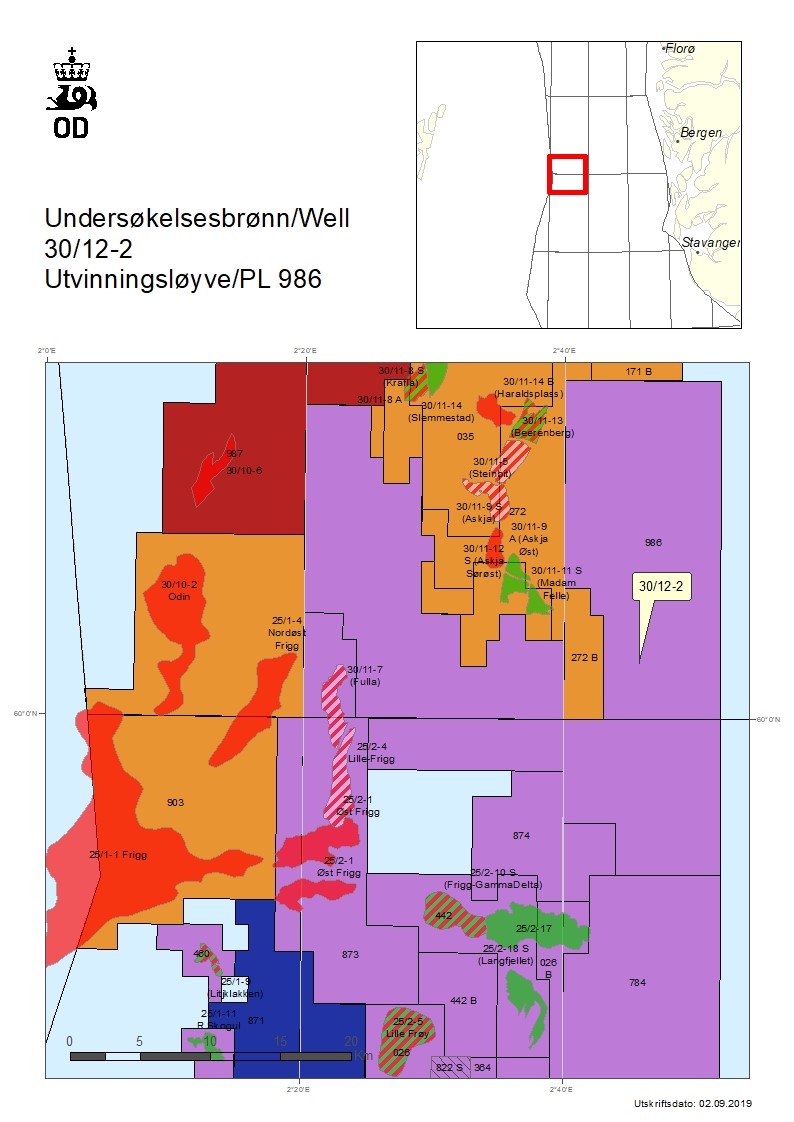